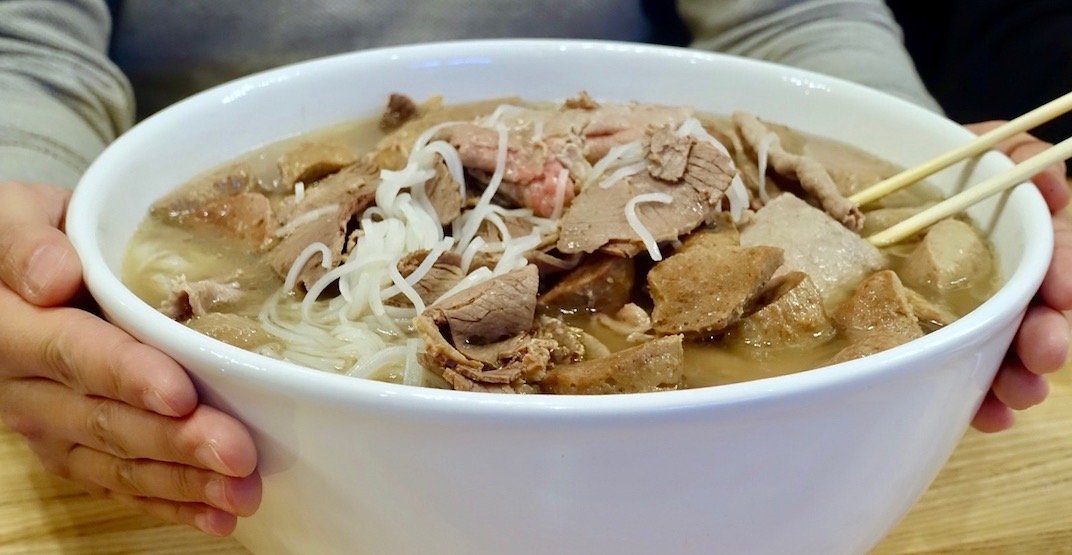 You took a whack at the Ramen Challenge and the Monster Roll Challenge, now it’s time to loosen your eating pants in order to conquer Vancouver’s newest foodie feat – the Dundas ‘Six O Pho’ Challenge.

Dundas Eat + Drink is offering brave patrons from far and wide the chance to come down to their 2077 Dundas Street eatery and attempt to finish a massive five-pound bowl of traditional pho, meat (beef balls, rare beef and beef brisket) and noodles included, in under 30 minutes. 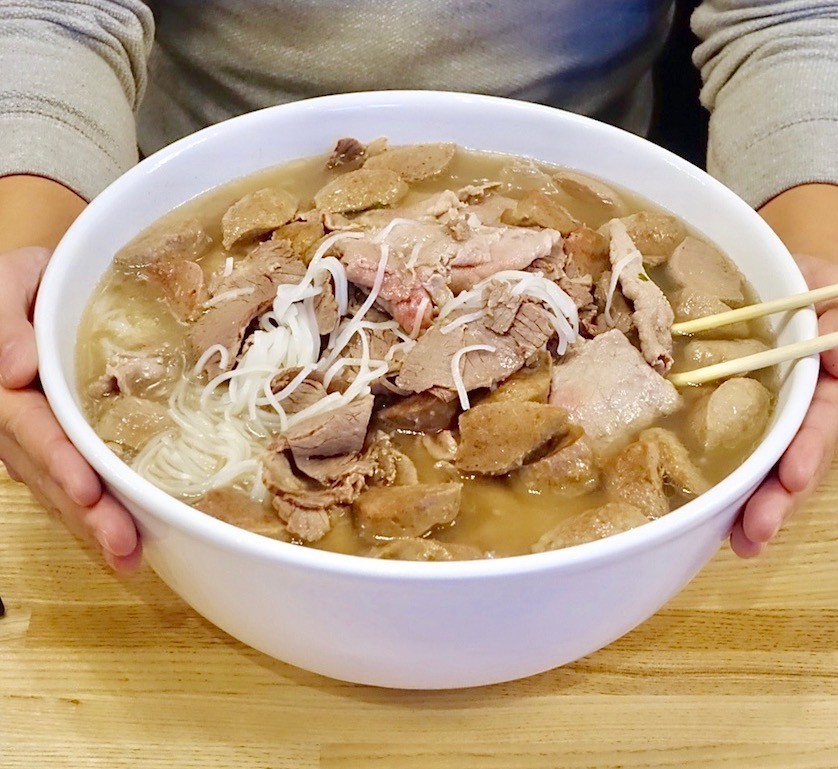 This offering will be available daily from 5 to 10 pm until December 31 and unlimited water is provided to challengers. There are only six five-pound bowls being served per day, so plan accordingly if you’re rolling with the crew.

Try it as many times as you’d like – glory and a serious case of the meat sweats await you.