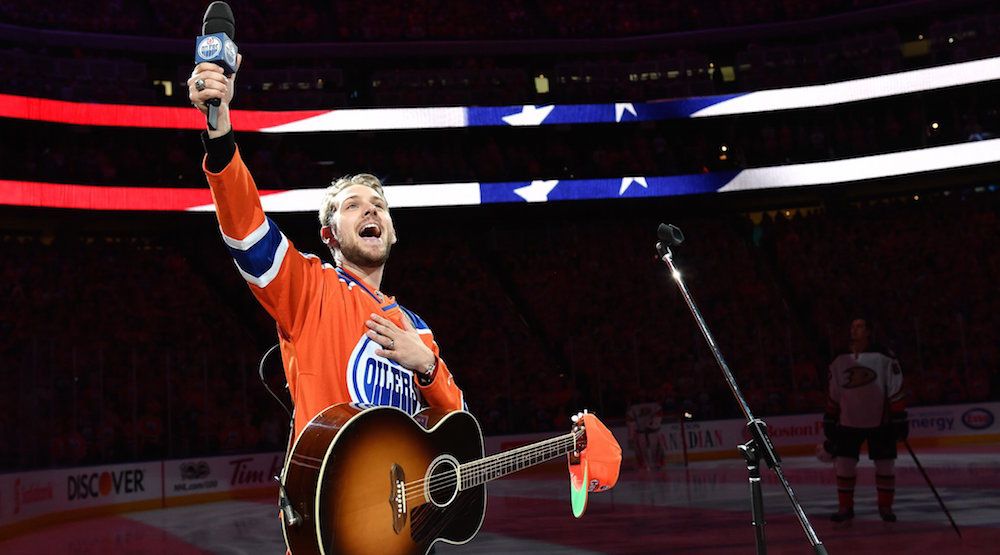 When a technical malfunction affected anthem singer Brett Kissel’s microphone before Game 3 of the Edmonton Oilers-Anaheim Ducks series, the country singer encouraged fans to help him out.

And help them out, they did.

Tip of the day. Have a team hire you as an anthem singer. Have the crowd sing it for you and enjoy your free playoff tickets. #loophole

Hahahaha. Pretty funny interpretation. If only that was eh? Mic quit. Guitar quit. I was like "Ohhhhh f***!" Only in Edmonton do they sing! https://t.co/jTnaVYnpN3

The Edmonton crowd sang both national anthems loudly, with enthusiasm.

It was a beautiful moment, and the gesture did not go unnoticed by the Ducks.

Congratulations to the Edmonton fans for creating such a special moment last night by singing both of the national anthems. To hear the audience passionately sing both the Canadian and United States anthems was inspiring and powerful. Well done, Edmonton!

As good as Edmonton fans were to their guests, the Ducks have still chosen to hightail it out of Alberta capital during their two-day break before Game 4. The Ducks flew into Kelowna, BC to get away from the madness that is Edmonton during its first taste of playoff hockey in 11 years.

The Ducks will return to Edmonton for Game 4, where they’ll be desperate to even the series with the upstart Oilers, who currently lead 2-1.