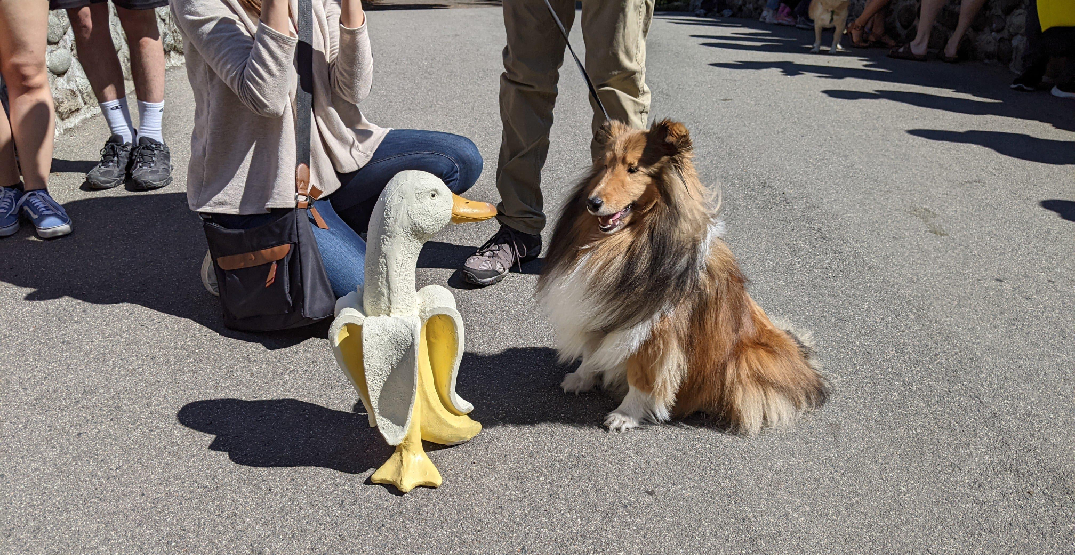 Duckana figurines hitting store shelves in Canada has had an un-peel-ievable response.

Over the weekend, a group in Victoria — that’s gone bananas for the Duckana figures sold at London Drugs — held a quirky meet-up to show off their newest garden figures.

Over two dozen people on Vancouver Island (some in “Duckana attire”) met in Beacon Hill Park on Sunday to bond over the hottest new item. 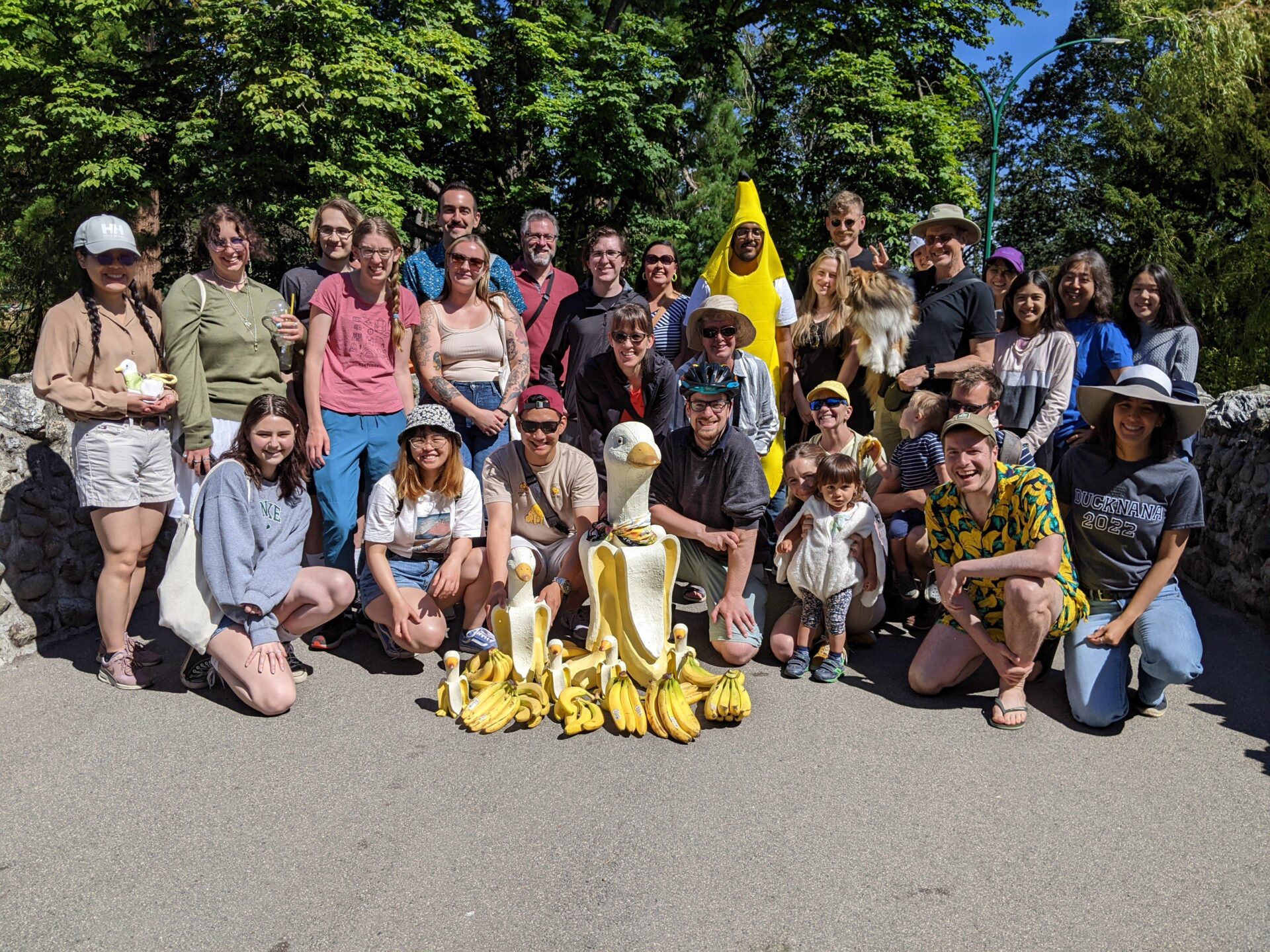 If you’re late to this local trend and don’t know what a Duckana is, it’s simply a statue that looks like a banana that’s been peeled back to reveal a cute (or scary) duck head. This item comes in three different sizes.

Event organizer, Geoff De Ruiter, told Daily Hive that this light-hearted community event was intended to be a fun activity in light of world events.

“There has and still are very serious global issues going on right now. I think Duckana has just brought us some levity and some ridiculously silly fun. Things like this bring people together and make a great community,” he said. 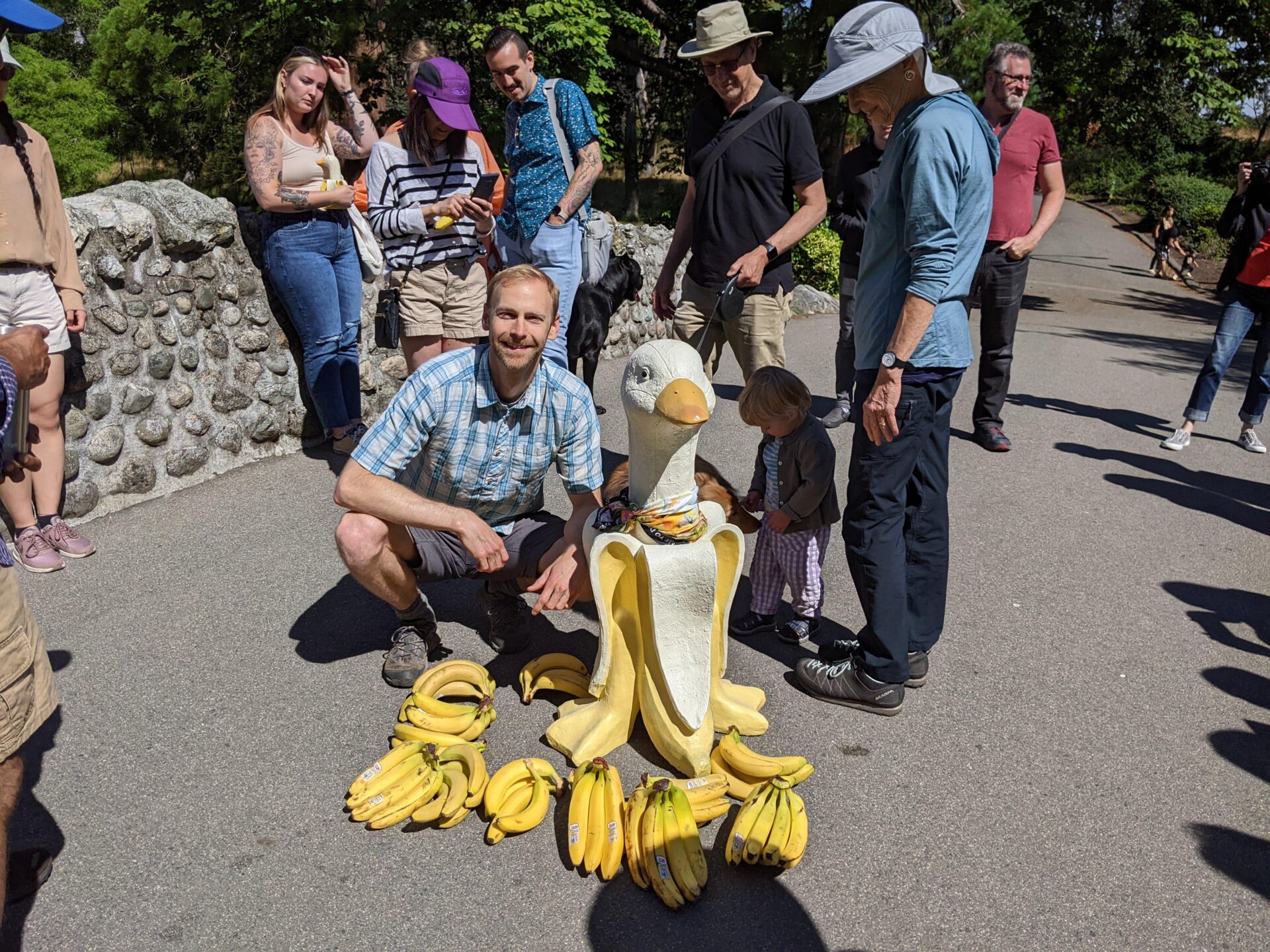 De Ruiter said about 40 people came out for about an hour. Of those folks, some dressed in a banana costume, while others made shirts that read “Ducknana(sic) 2022.”

Others even brought bananas as a snack!

“We also had equal attendance of real ducks too,” he added. 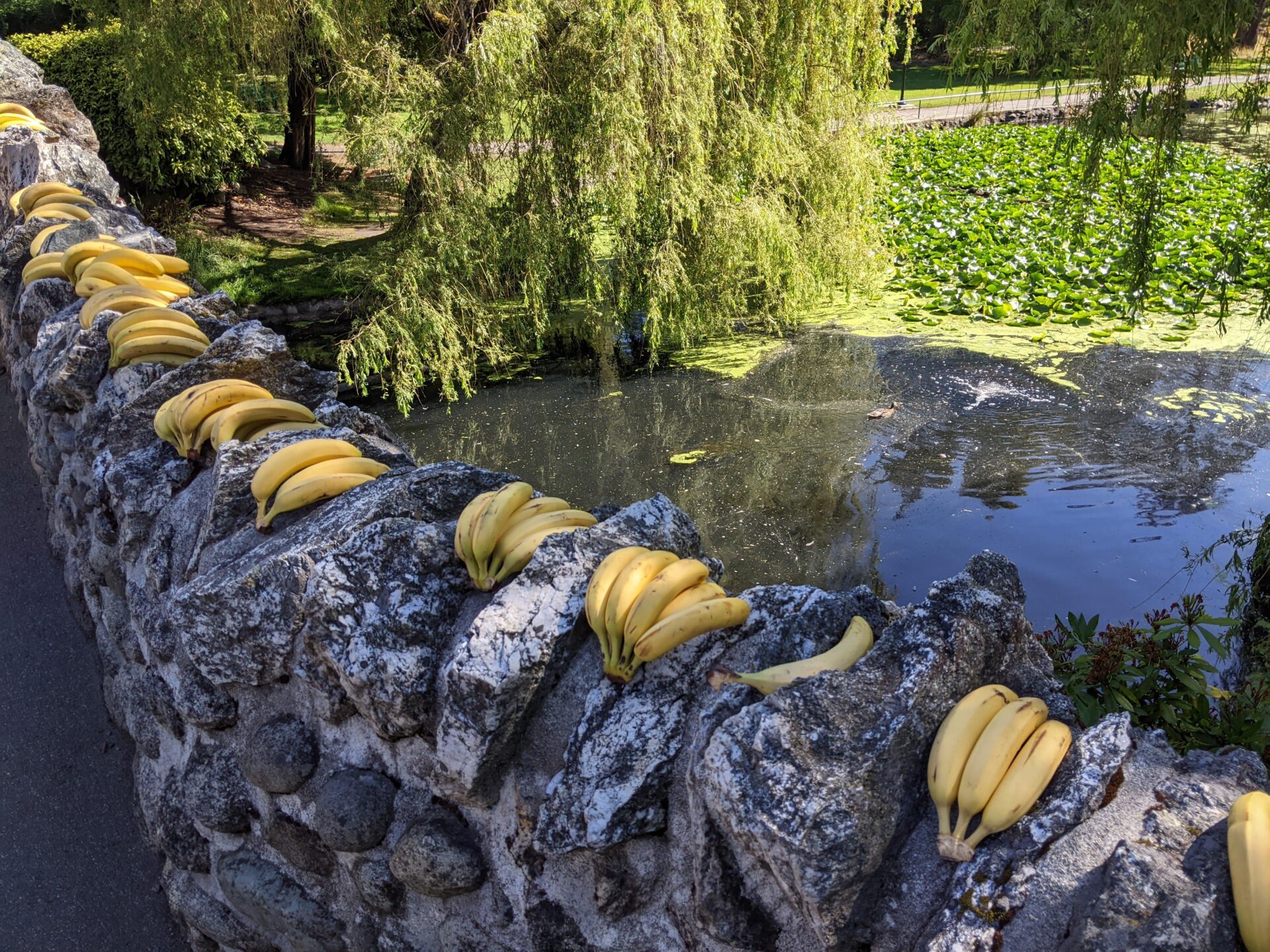 De Ruiter said he believes the a-peel of the potassium-rich day is “it’s cute and absurd.”

“It shouldn’t exist, but it pairs very well together, like milk and quackers. And to be honest, if they hadn’t been discounted by 60%, it would have been a very hefty bill, and don’t think it all would have taken off.” 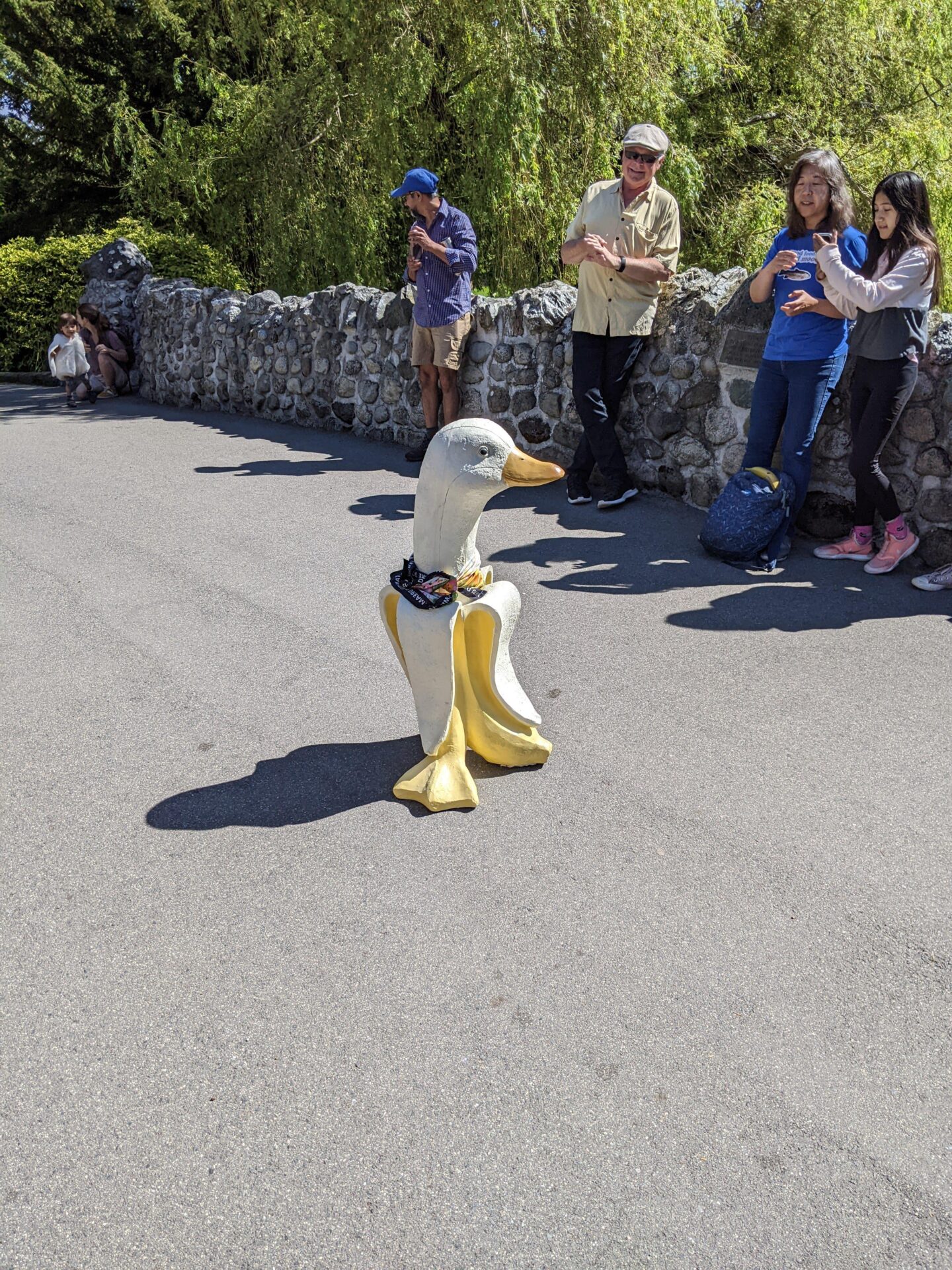 If you decide to get out there and be a part of this trend, you’ll need to act fast.

There is a limited stock only in North Vancouver, Valley Fair Mall in Maple Ridge, Penticton, Garibaldi Village in Squamish, and Westbank, according to the London Drugs website.