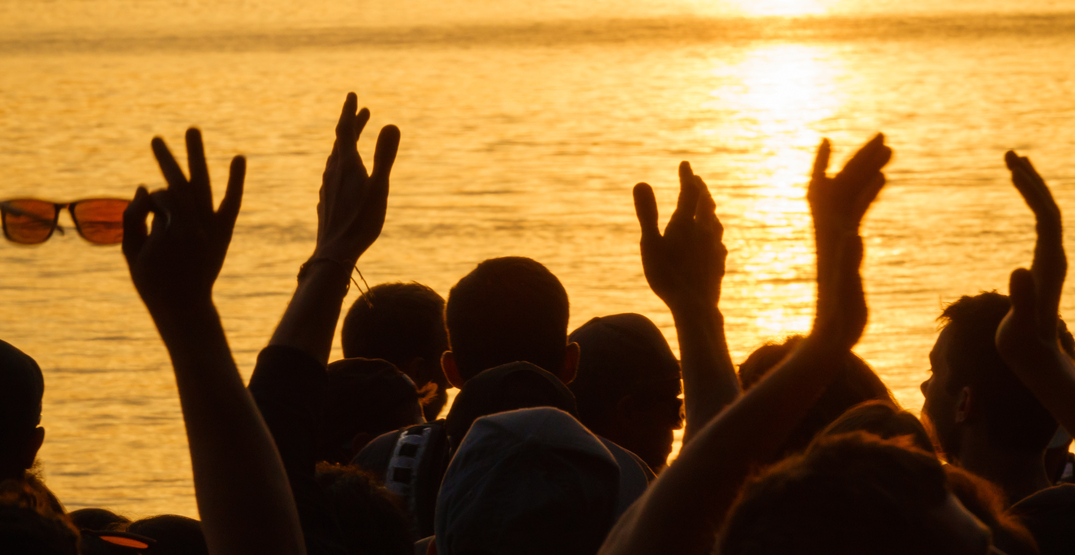 A party held at a Vancouver beach in 2017 (LeonWang/Shutterstock)

RCMP say they are aware of a self-described “huge” Wreck Beach drum party calling for attendees to not wear masks planned for Tuesday evening.

The event, which was posted on Facebook, comes after similar gatherings were held on Wreck Beach this past weekend and on Third Beach last month, where crowds gathered and appeared to practice minimal physical distancing, despite warnings from BC health officials around COVID-19 safety measures. 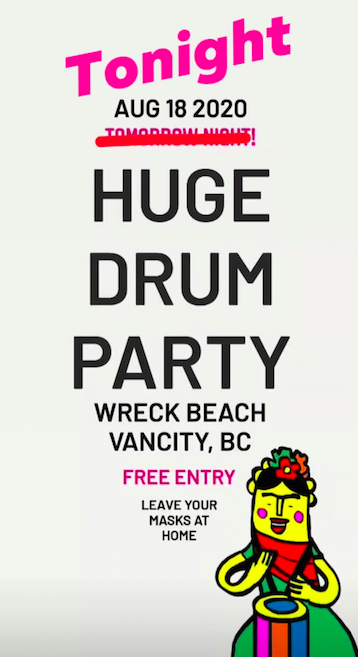 In an email to Daily Hive, Cpl. Chris Manseau says the University RCMP Detachment — which oversees the University of British Columbia and the University Endowment Lands, including Wreck Beach — has advised “that there may be some patrol made by members, and extra resources have been called in.”

“The Provincial Health Officer and Minister of Health have been very clear that it is everyone’s duty to practice physical distancing at this time,” stated Manseau.

“Physical distancing is an extremely important measure everyone needs to take to prevent the spread of COVID-19. They want all persons who attend the Beach to be responsible and to adhere to the most recent Order of the Provincial Health Officer.”

Manseau highlighted that many individuals who visited the beach on the weekend were “polite and receptive” when they were reminded by patrolling members to physically distance from others.

“Surprisingly several people were thankful at the police presence telling those not distancing to do so,” he stated.

“We have to be precise here. The places where there’s greatest danger is our private parties where alcohol is involved and it’s inside,” said Dix.

“And I know that people see outside more than inside because it’s outside, but those are the places that we have to communicate to people don’t hold private parties.”

On Monday, Dix announced that “the government will take further steps to impose stricter penalties” to those who flout COVID-19 protocols and regulations around social gatherings, with an announcement expected to come this week.