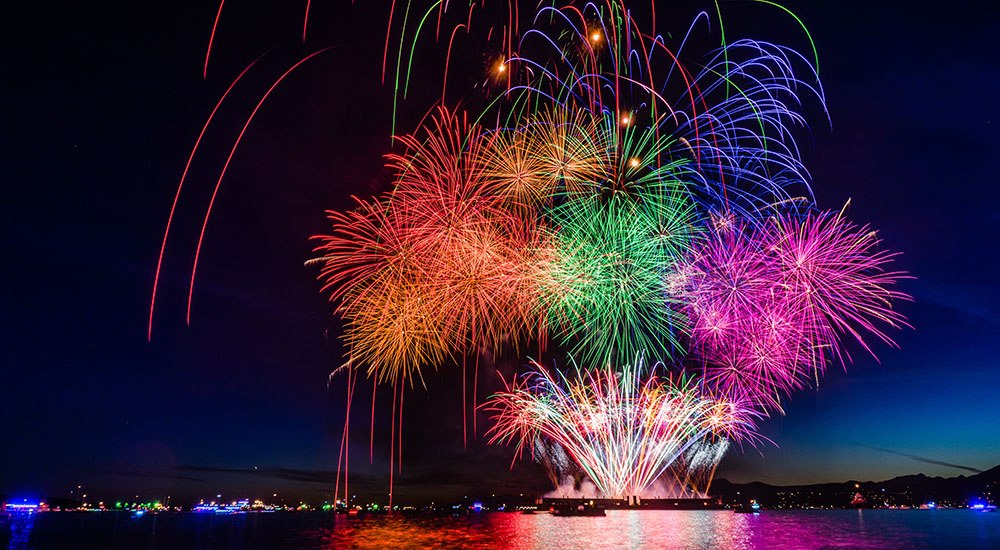 Two drones are believed to have crash landed at the Celebration of Light fireworks on Wednesday night, say Vancouver police.

Sgt. Randy Fincham said police seized one drone after it crashed to the ground outside the Starbucks on Davie Street at Denman Street.

Another drone which appeared to have crash landed was also found, says Fincham, and police are working to match the drone with its original operator.

“Even though a drone is fairly light, one of those drones losing control in the air, losing battery power and falling to the ground in a crowd is somewhat dangerous,” said Fincham.

According to Fincham, there were 300,000 people watching Australia’s spectacular firework display on Wednesday – and five or six drones flying overhead.

Fincham says police have been seeing more and more drones at events in the past two years and will be working with Transport Canada to look at how to deal with them.

He asked people to leave their drones at home on Saturday, when hundreds of thousands of people are expected to flock to see Disney’s highly anticipated fireworks display for the US.

“We can appreciate they take great photos,” said Fincham.

“We would prefer that people don’t bring their drones down to the fireworks, just in case they do lose control and put someone’s safety at risk.”

Fincham also said police intervened to break up a fight between three men at the end of the fireworks, ending up deploying pepper spray.

“Unfortunately, pepper spray works the same on police as it does on bad guys, so one of our officers was also contaminated with the pepper spray,” said Fincham.

The three men and the officer were treated at the beach, said Fincham. Those allegedly involved in the fight spent the night in jail and were issued tickets of around $500.