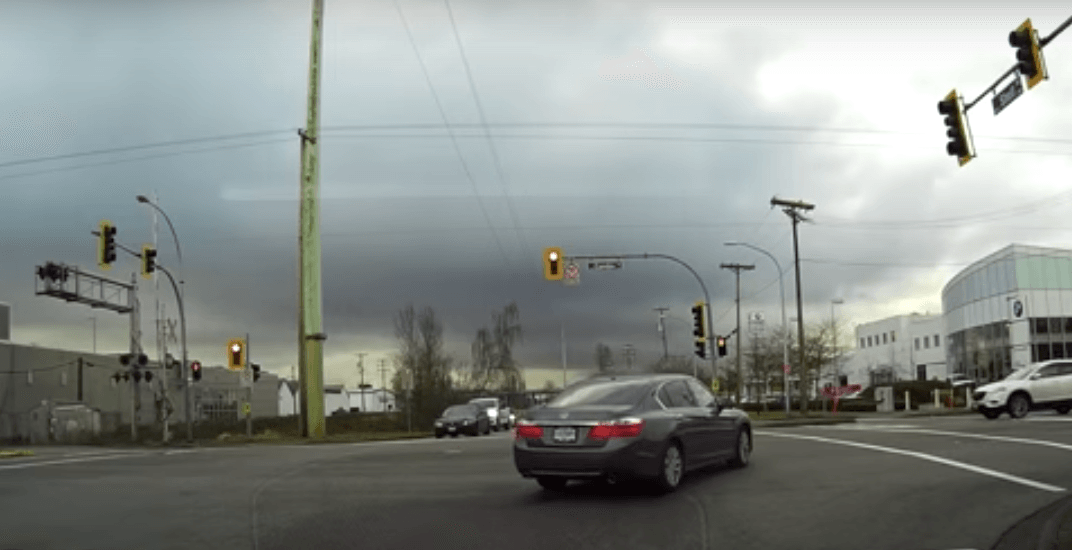 The red-light runners in a recent viral dashcam video out of Richmond were actually undercover officers, police have now said.

The video, which showed three vehicles entering – and then going through – an intersection was viewed and analyzed by the Combined Forces Special Enforcement Unit of British Columbia (CFSEU-BC), who determined the vehicles were being driven by on-duty officers.

The officers were “actively engaged in surveillance” on high-level targets involved in gang and organized crime – related activity, CFSEU-BC said.

However, CFSEU-BC also said it “plans to follow up with the officers in question” to ensure that they were acting within the scope of their duties, training, and the Motor Vehicle Act – which provides provisions and exemptions for police officers.

In a statement, CFSEU spokesperson Sgt. Brenda Winpenny said that while she cannot comment on the nature of the surveillance “due to the active investigation” that the officers in the vehicles were involved in, “we want to reassure those concerned that we are committed to ensuring the public’s safety due to the risks of gang-related violence in our communities.”