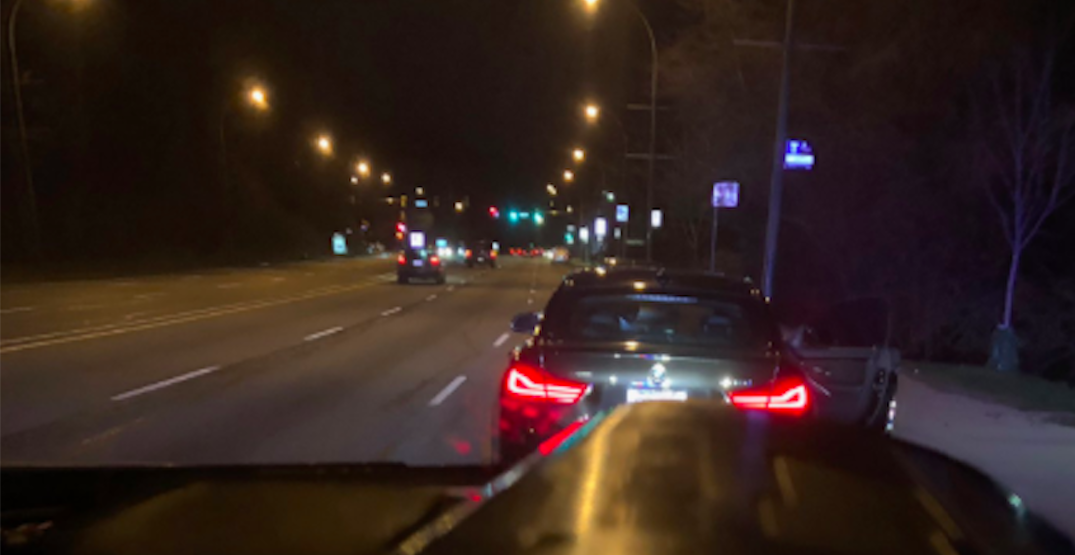 A driver in Vancouver is without their wheels and out almost $500, after they were pulled over for speeding on Monday night, police say.

And as a result of the driver’s alleged need for (excessive) speed, they were fined $483, and had their car impounded for seven days.

The behaviour of the driver, Christensen added, is “nowhere near acceptable.”

He also reminded drivers to “slow down and arrive alive.”

Late night enforcement on Marine Dr…134 kmh in 50 zone = $483.00 and 7 day impound! No where near acceptable! Slow down and arrive alive. @VPDTrafficUnit @ChiefPalmer @DeputyChow @Eandersen1507 pic.twitter.com/mi0ObxnACF

The incident comes as the provincial government announced this week that eight intersection safety cameras (ISC) are expected to be activated throughout communites in Metro Vancouver as of February 24.

The provincial government’s ISC program was first announced in May 2019. Thirty-five intersections across the Lower Mainland were to be installed with warning signs and technology that would ticket anyone driving over the speed limit, whether it be a red, yellow, or green light.