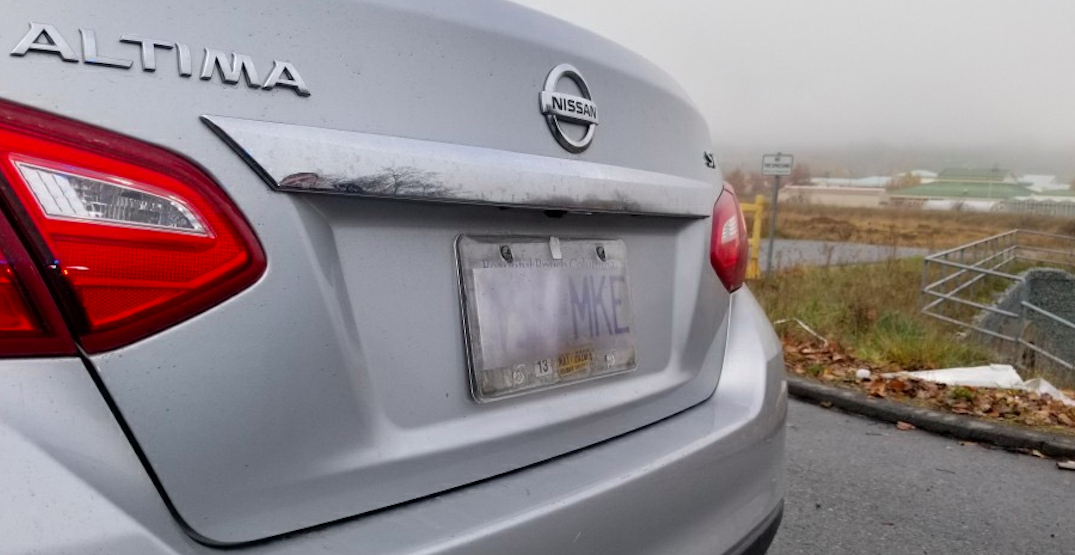 A driver in Coquitlam recently received a $230 fine from police for obscuring part of their licence plate, RCMP said on Thursday.

According to RCMP Cpl. Michael McLaughlin, part of the reason for the fine is that the licence plate was obscured in a way that is “deliberately designed” to defeat red-light and security cameras.

And when police see these types of plate covers on vehicles, they are “likely to give you a $230 ticket every time.”

According to BC’s Motor Vehicle Act, one licence plate must be attached to the front and rear of every licenced vehicle in BC.

In light of this recent incident, police are also reminding drivers that even covers sold at legitimate retailers, auto dealers, or repair shops may still be illegal in BC.

“Just put both your plates on and leave them the same way you got them from your insurance broker,” said McLaughlin. “Having a licence plate propped on the front windshield is not a good strategy — unless you really enjoy attention from police.”