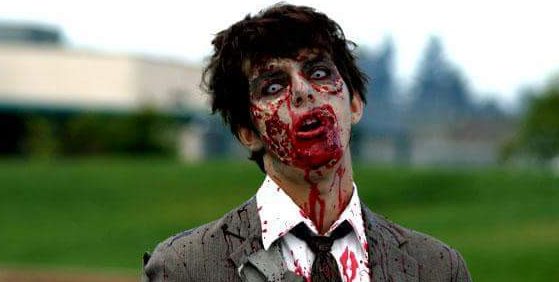 After what was supposed to be the event’s final year, Vancouver’s famous and terrifying Dream Horror Live Haunted House is coming back for one last scare.

Production crews are still completing the house, but the final instalment looks to be bigger, better, and scarier than ever.

Part of what makes the house so scary is an abundance of actors. Many, stem from various film schools around the lower mainland. Some, however, come all the way from Calgary and out east to join in the madness.

“We don’t use animatronics, we count a lot on our actors,” says lead organizer Sara Jane. “That’s a huge factor. Machines can’t scare you.”

Jane, who specializes as a screenwriter for the horror genre, explains just what makes the haunted house so scary: “There’s a lot of paranormal [themes], mixed in with psychological fear.”

“It’s a lot of mind-screwing. You won’t know where to go or where you’ll want to go.”

The team has changed the dynamics of the haunted house. This year, it’ll work like an elongated maze. Organizers plan to have visitors enter in groups, tied together by a rope.

“You could be mixed up with friends or strangers,” says Jane. “That’s how it plays out in a horror film, no? You’re trapped in a cabin and you don’t know the people around you.”

“The house starts off ‘easy’, but it escalates and starts to get very traumatic. Actors are dropping in from the ceiling or popping up from the floor, and there’s a little bit of what irks everyone – we’ve definitely had people pass out before.”

If you think you have what it takes to survive this terrifying experience, you can enjoy a heart-wrenching scare for only $10.

Best of all, proceeds will benefit athletes in East Vancouver, specifically those who can’t afford to play soccer.

The scare begins on Friday, October 12 and will be open until Tuesday, October 30. The house is open from 7:30 to 11 pm every night.