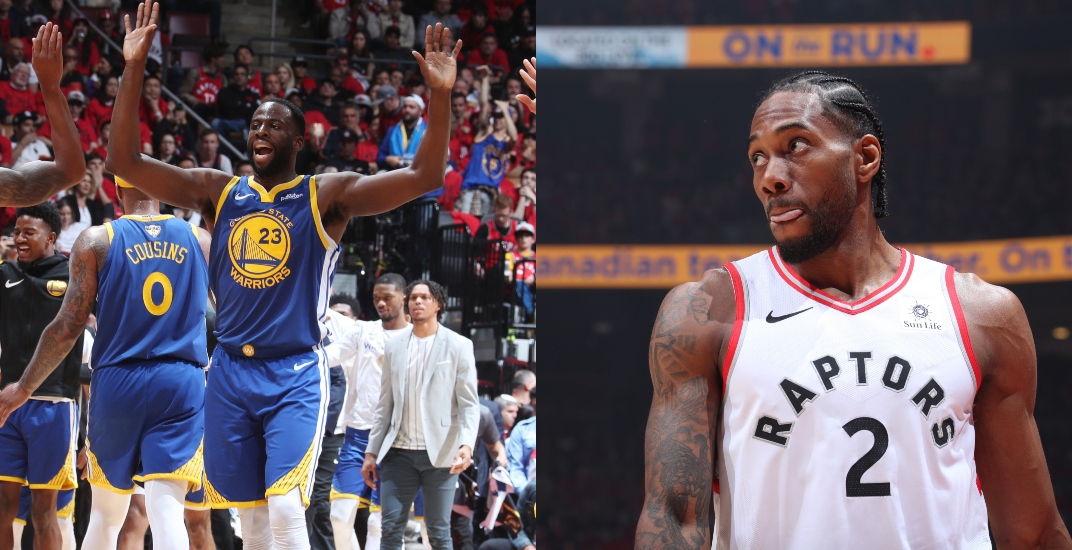 Draymond Green is never shy to share his opinion, which is what he did for over two hours on the All the Smoke podcast this week.

The Golden State Warriors star was very complimentary of himself, and also reflected on the outstanding run his team had since 2015.

The Warriors went to five straight NBA Finals, winning three times, though Green thinks they should have won more.

Had it not been for his suspension in Game 5 of the 2016 Finals against LeBron James and the Cleveland Cavaliers, Golden State would have clinched the series Green says.

“We were going to win that series… I know we wouldn’t have lost. We would have won Game 5 and it would have been over.”

The Warriors wound up blowing a 3-1 series lead to the Cavs that year, losing in seven games, which motivated them to acquire Kevin Durant as a free agent. They then won back-to-back titles in 2017 and 2018 with ease.

And, according to Green, they would have won easily in 2019 too against the Raptors if Durant was healthy.

“Once we got Kevin, we were fucking unstoppable,” said Green. “Even losing last year. Kevin don’t get hurt, like you can see that game he came back in Game 5, I looked up with six minutes to go and we had like 40 points in the first quarter.

“They wouldn’t have stood a chance if Kevin didn’t get hurt.”

Green did say that “shit happens” and injuries are “part of the game,” before adding that Kawhi Leonard and Pascal Siakam were “fucking amazing.”

Durant scored 11 points in 12 minutes of play in Game 5 of the Finals before tearing his Achilles. The Warriors hung on to win that game 106-105, but lost Game 6, and the championship, to the Raptors three nights later.