Rapper Drake is selling his whip, and it’s appears it may be for sale right here in Vancouver. There are only 15 units of the Bugatti Veyron Sang Noir ever made, making this is a rare car and the only Veyron Sang Noir in Canada.

A recent classified ad popped up on JamesEdition.com (world’s luxury marketplace) from Lamborghini Vancouver selling a very special vehicle from its inventory. Numerous reports claimed that this was indeed Drake’s Bugatti. 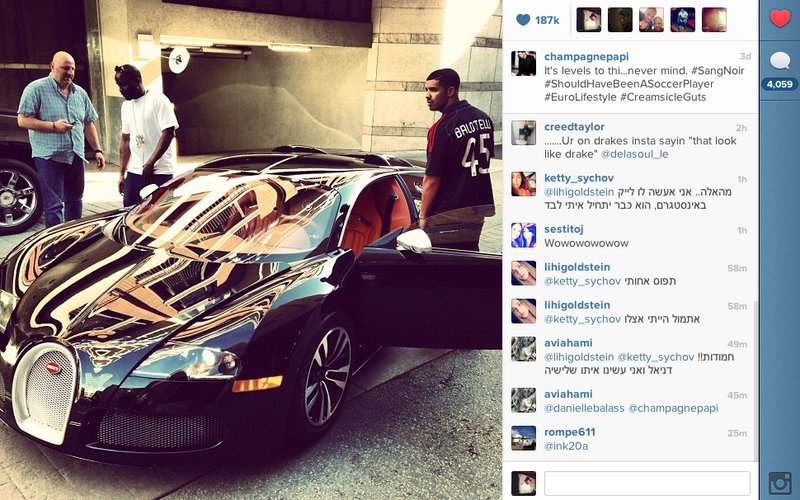 However, we have been told that the car is not owned by Drake and belongs to Lamborghini Vancouver. The asking price is $3.4 Million.