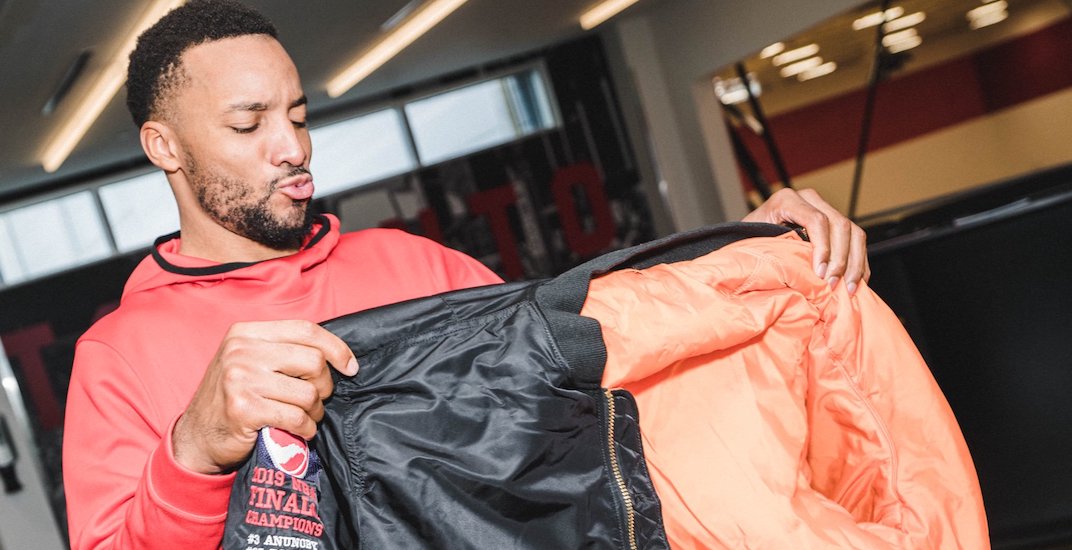 Last week, the Toronto Raptors received their championship rings, which set a pro sports record for most diamonds.

This week, Raps players got their hands on something even rarer: custom NBA championship jackets.

Drake has outfitted the champs with personalized OVO bomber jackets to commemorate their title.

The back of the jackets have a Raptor biting into the Larry O’Brien Trophy with the words “The best in the world, 2019 champions” emblazoned on it. The right sleeve has a list of every player on the roster, while the left contains a Canadian flag as well as the flag of the country where the player is from.

To make the new jackets extra special, Drake included some personalization for some players, such as calling his doppelgänger Fred VanVleet “Steady Freddy ‘AKA Twin.'”

Here’s a look at them: 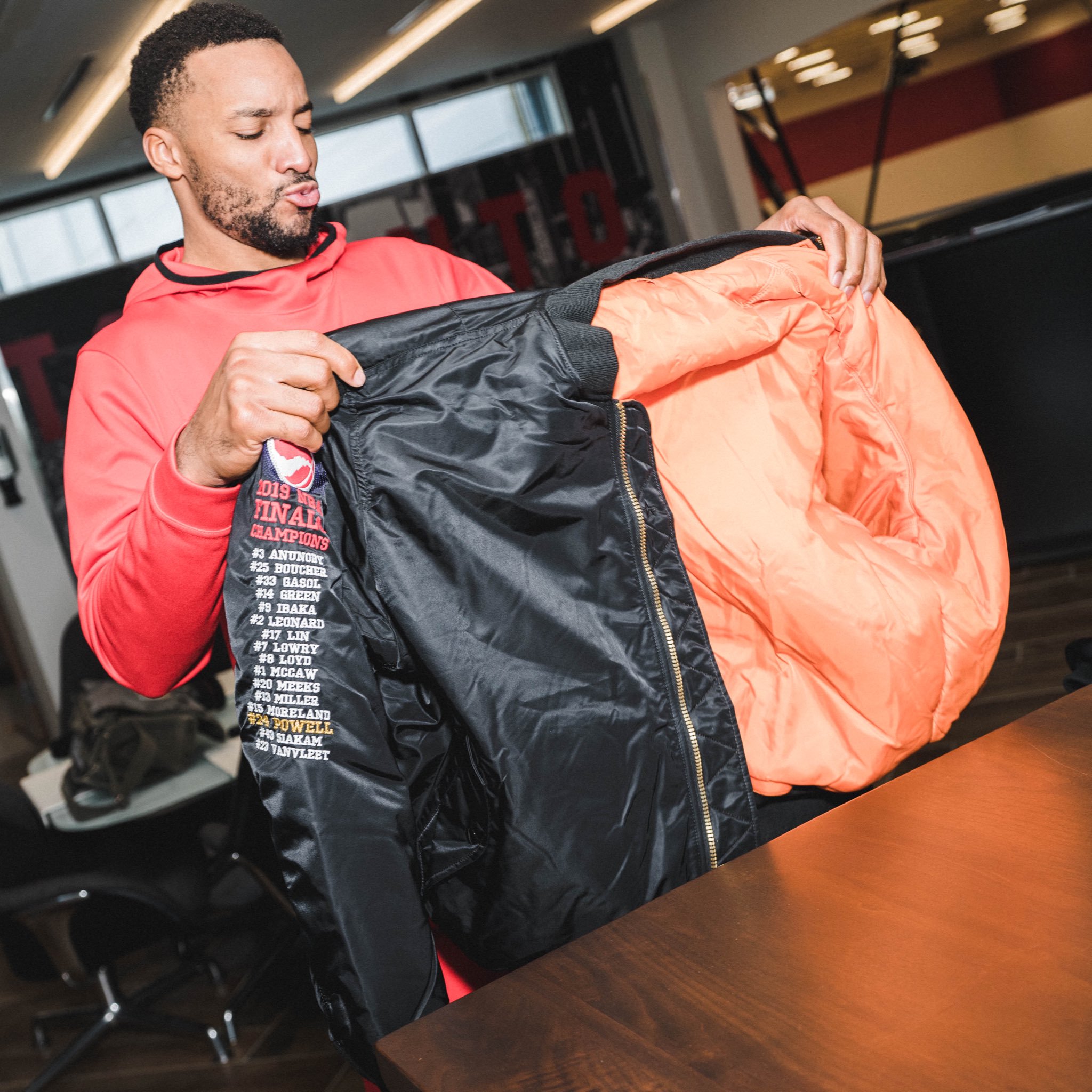 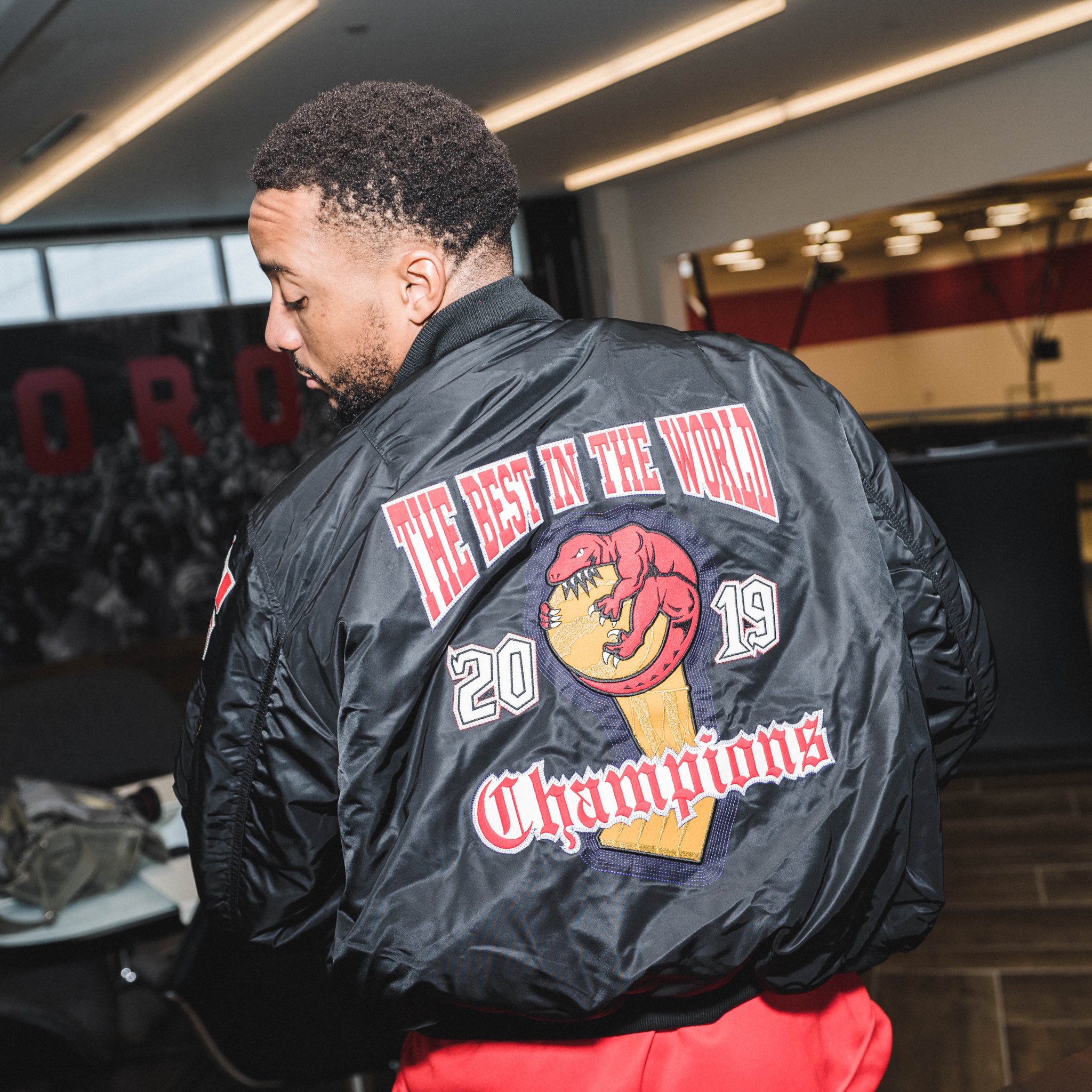 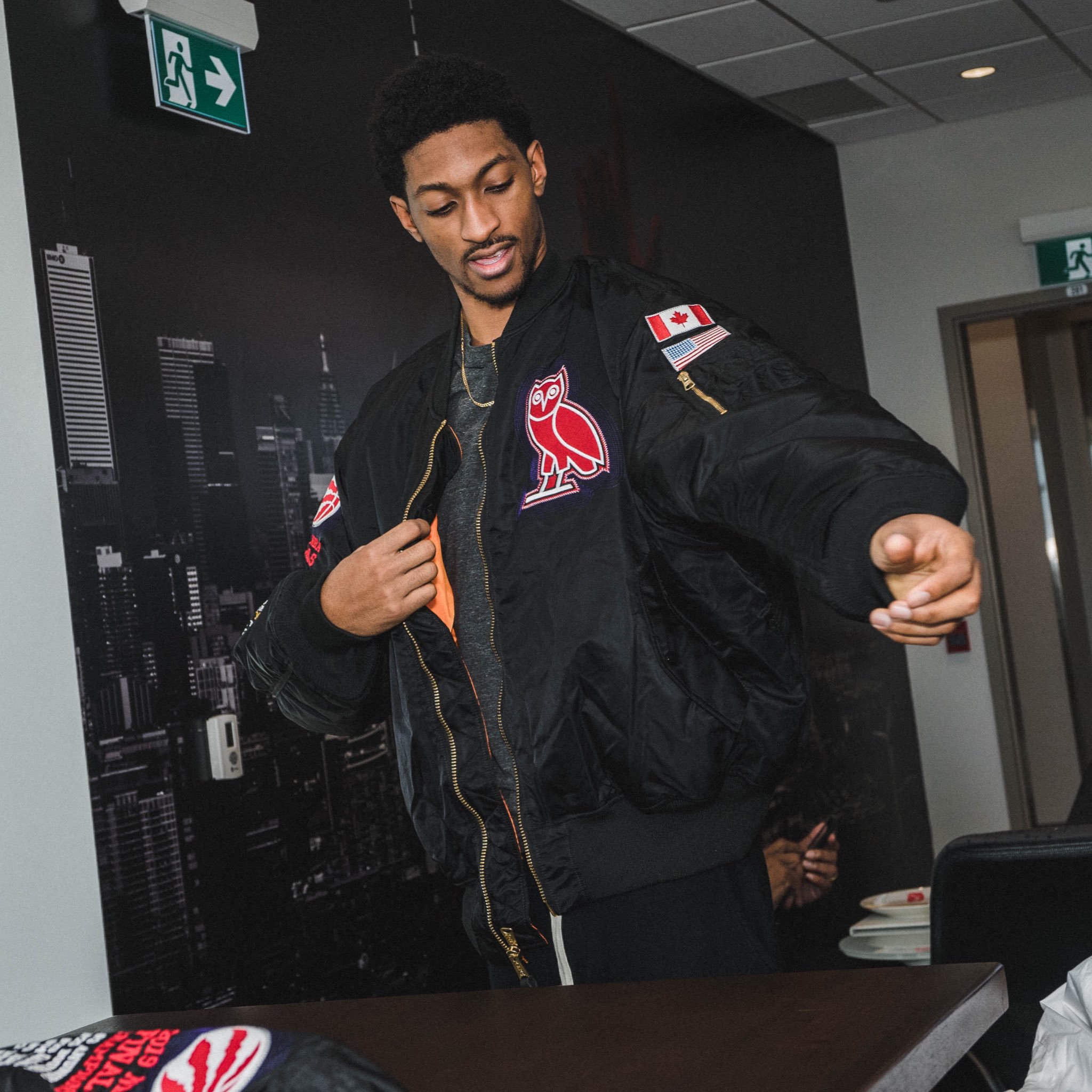 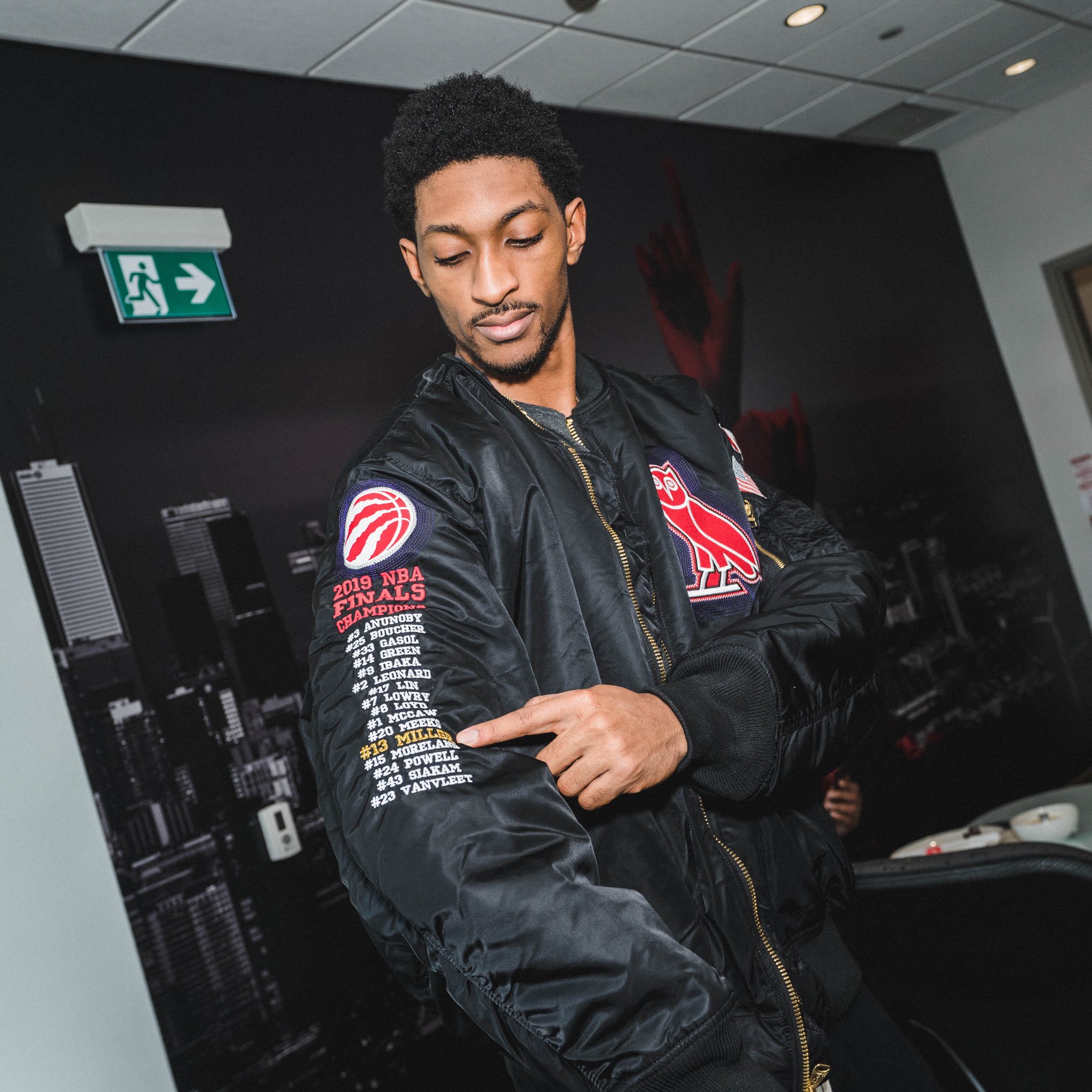 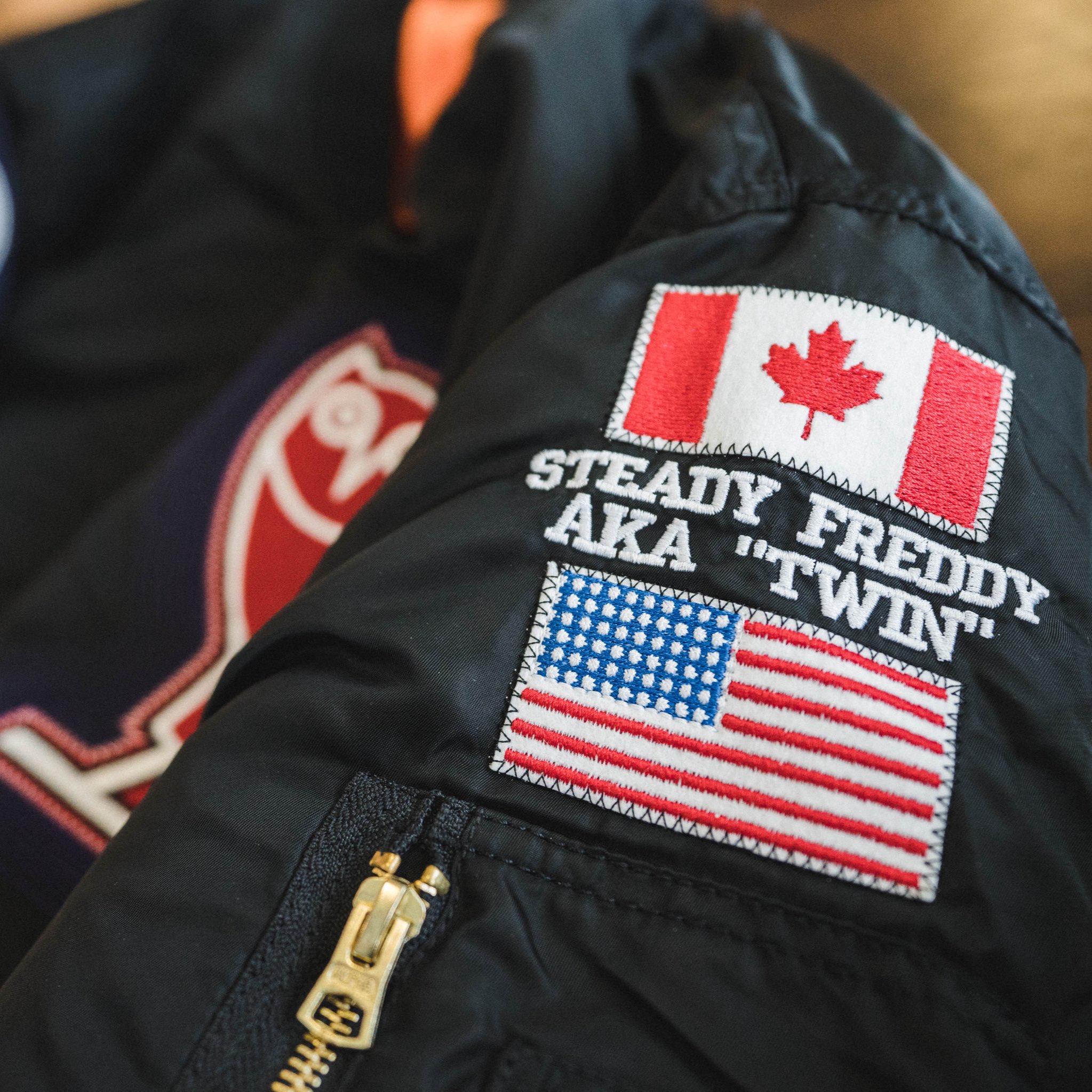 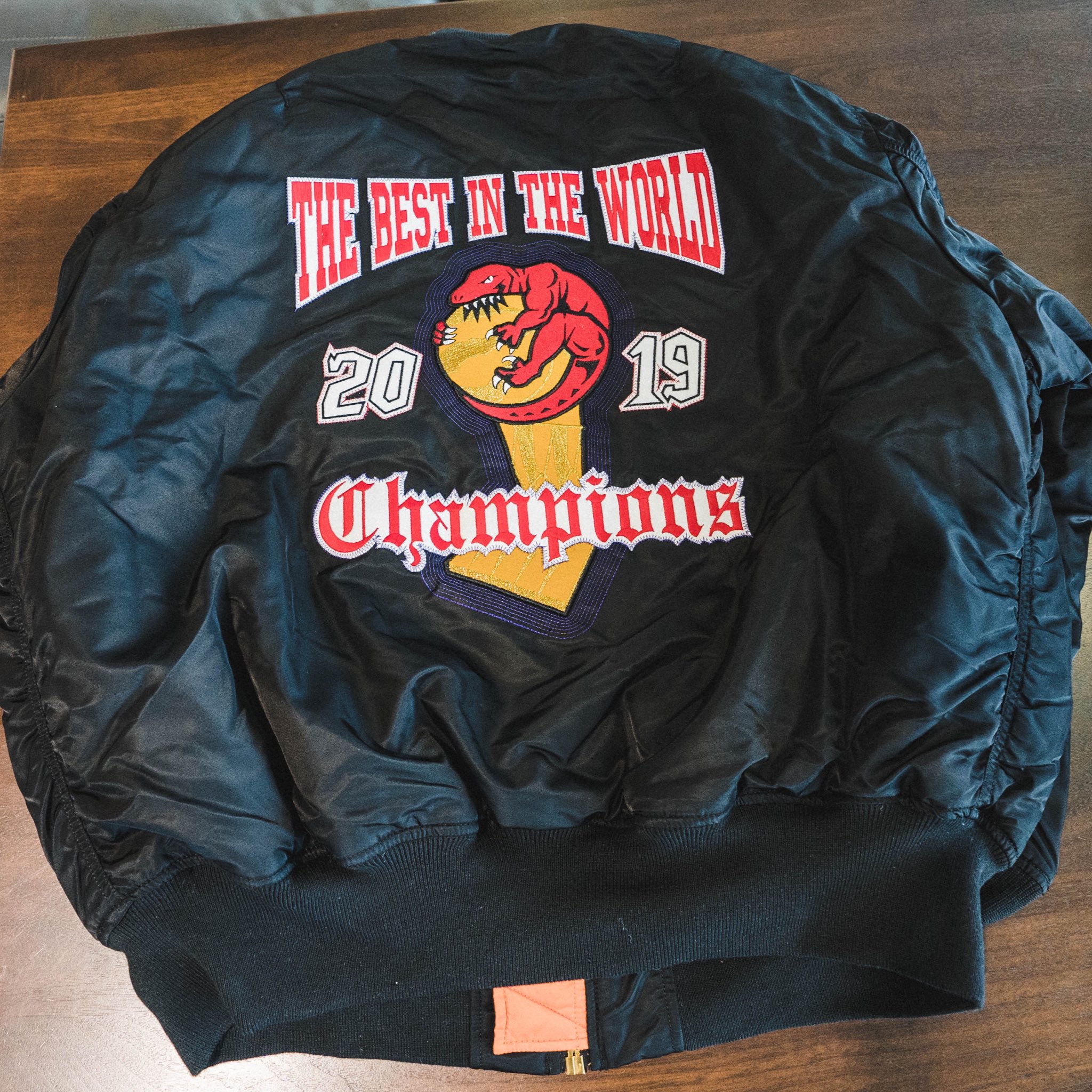 Taking a bite out of Larry OB (Toronto Raptors / Twitter) 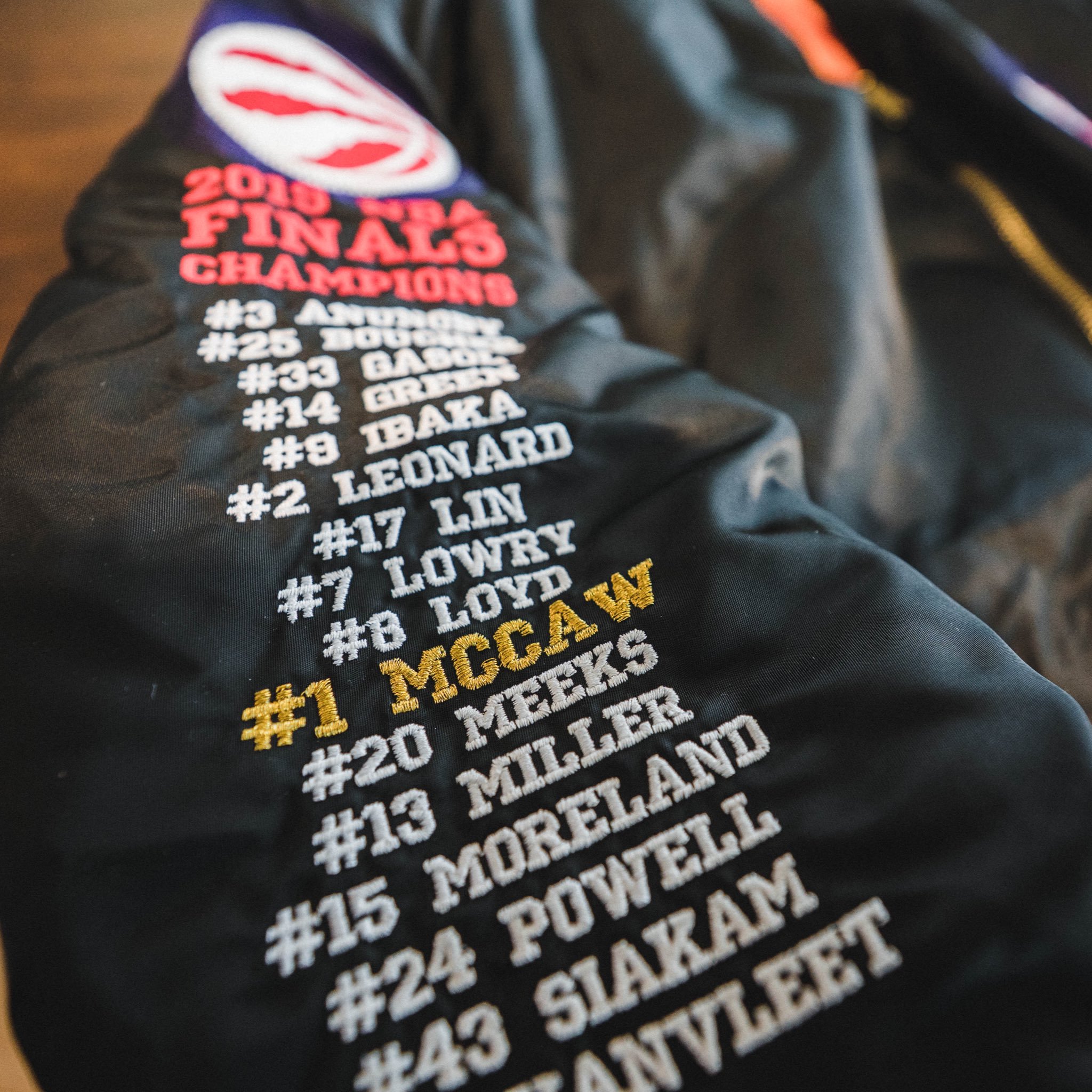 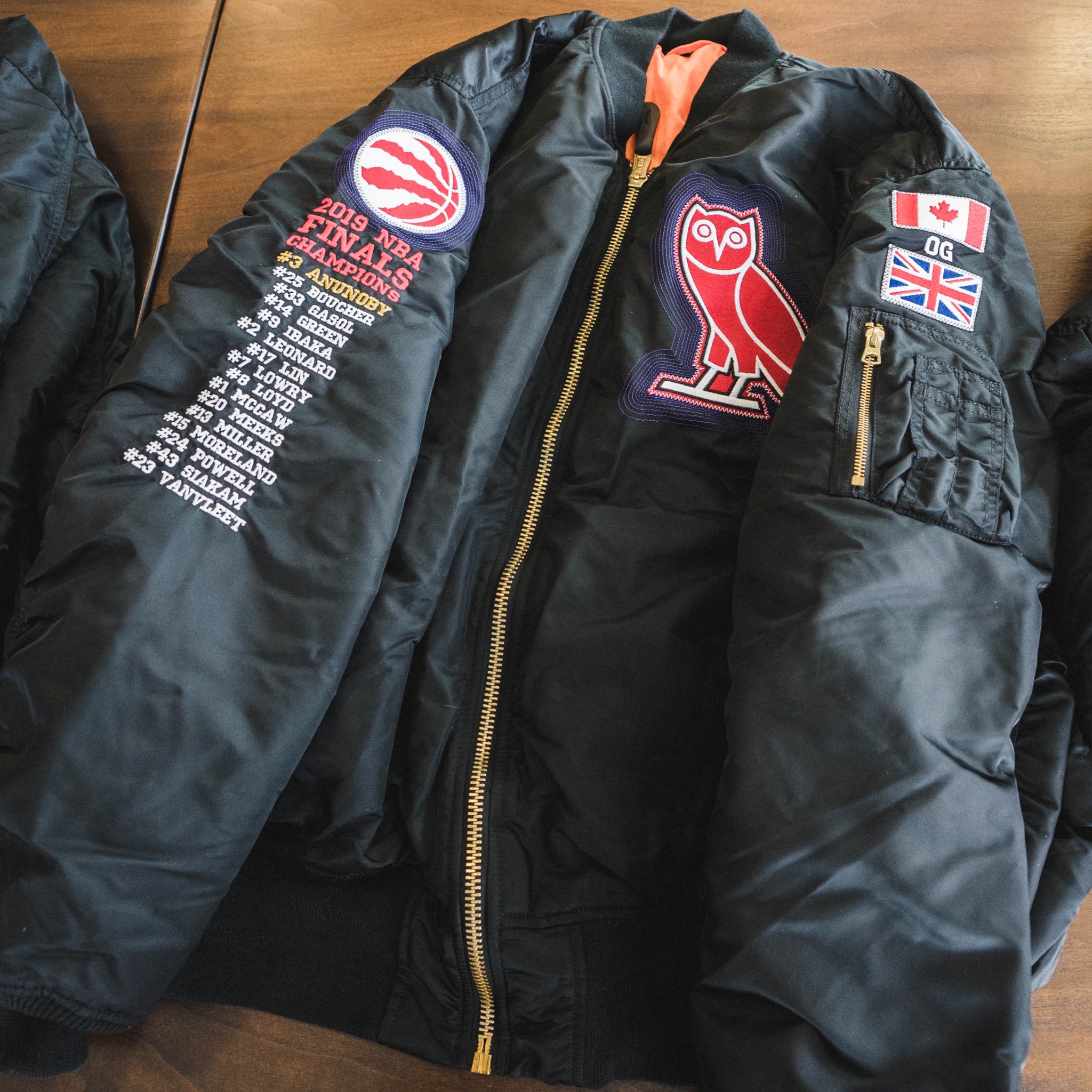 The jackets should pair well with the custom rings Drake presented players with last week:

Turnt this to a organization