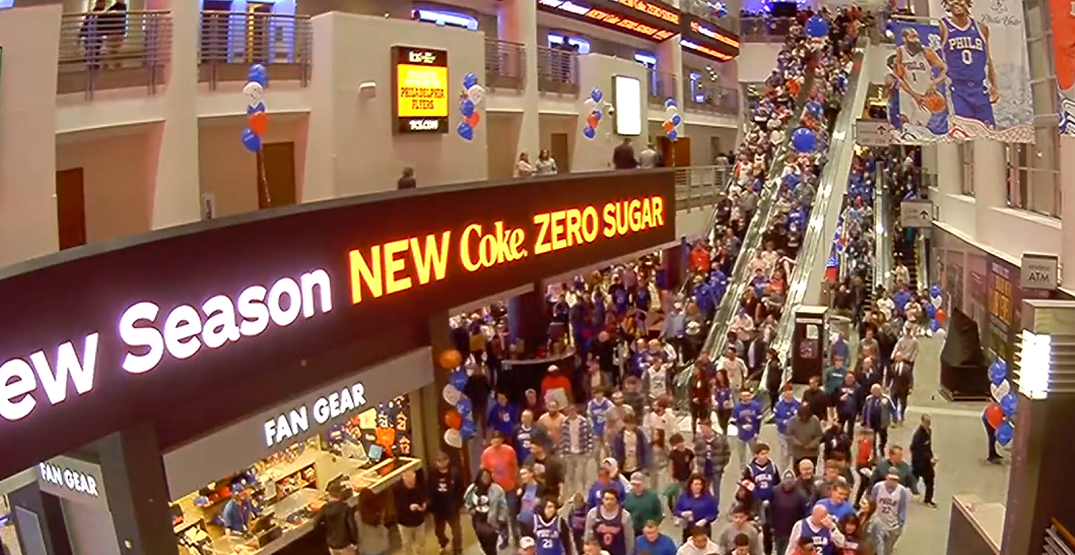 But when it comes to indoor sports? Well, the 76ers and the Flyers have given Philly fans just about all they can handle over the years, having not won titles since 1983 and 1976, respectively.

And to top it all off? They’ve got the 12th-worst traffic in the United States, according to a 2021 Texas A&M Transportation Institute study.

But during last night’s 103-88 win by the Toronto Raptors, plenty of local fans took matters into their own hands, exiting the arena with more than two minutes left in the fourth quarter in an effort to beat the congestion.

In all seriousness, it’s clear there are a few cracks in the local psyche after the 76ers have fallen the last two games to the Raptors. Since going up 3-0 in the series, Joel Embiid has been dealing with a thumb injury, while the Raptors have outscored Philadelphia by 23 points over their last two wins.

TSN’s Kayla Grey provided a view from the ground of the fans heading for the exits before the game’s final buzzer.

Bruh they are OUT of here pic.twitter.com/loSRv2zQDx

Young played for the 76ers from 2008-14, spending the first seven seasons of his career with the team.

Back in Toronto outside of Scotiabank Arena, things were a little livelier at Jurassic Park.