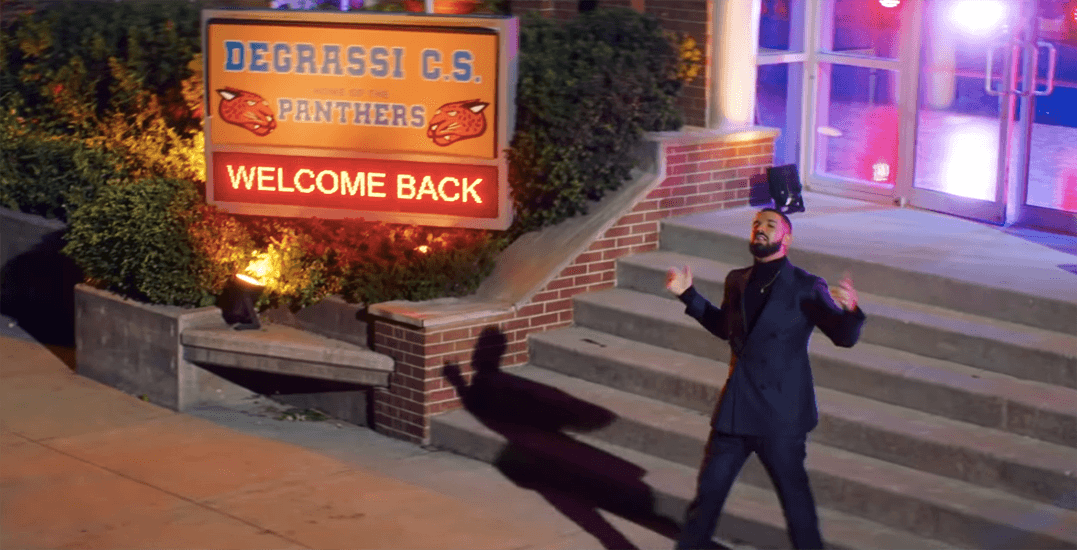 The release of Drake’s latest music video, ‘I’m Upset‘,  is once again taking the music world by storm.

And oh boy, is it ever a walk down memory lane.

After ‘God’s Plan,’ which dropped earlier in March of 2018 and saw him hand out more than $175,000 (USD), and ‘Nice For What,’ which featured a handful of female stars, his latest video includes a high school reunion with the cast of Degrassi: The Next Generation.

A number of former co-stars from the show make an appearance including Ephraim Ellis, Lauren Collins, Shane Kippel, Jake Epstein, Nina Dobrev, and Stefan Brogan, to name a few.

The long-awaited reunion even ends with a nostalgic credit roll, which highlights some classic moments from the show.

The music video comes just ahead of the release of his fifth album, Scorpion, and a massive 2018 tour that will see him take the stage alongside Migos.