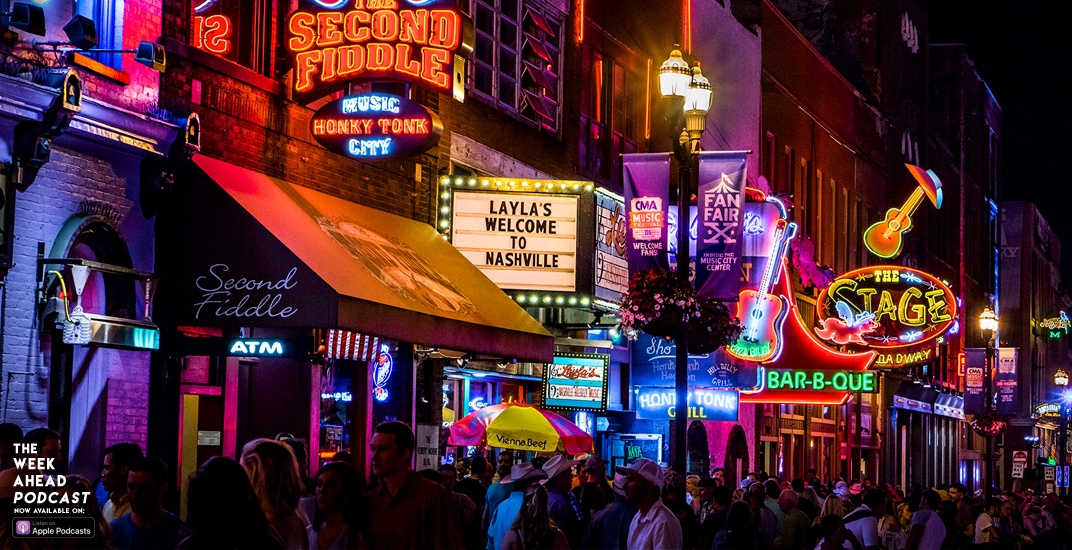 This week we decided to rank the best party towns in North America. From number five all the way down to the top spot, we put together a solid list and arguments for each.

Jay DeMerit played the Columbus Crew more than likely anybody reading this article and he said that this town had to be on the list for a gaggle of reasons! First off, excellent use of “gaggle”. Thank you.

The town of Columbus houses some of the best party people, but moreover party atmosphere than most given it’s proximity to Ohio State University. The town is bumping more often than not with rowdy Blue Jackets, Crew, Cavs and Buckeyes fans non-stop and it makes for a Monday-Friday atmosphere unlike any other. Our apologies to the Cleveland Browns for not making the list, but…well…you know.

People are going to argue this one, but we figured we’d give some love to the locals. You may be thinking New Orleans or Vegas here. New Orleans is a great choice, but costly to get to from the Pacific Northwest. Vegas is a great time, but if you’re with a group of guys, you’re spending a mint or flat out just not getting into any clubs.

As far as venues go, Vancouver can be a great find. It’s picturesque location helps it’s bid even if the atmosphere itself is lacking in-turn. You’ll find great bars, clubs and pubs up and down Granville, but that’s not all. Of course, False Creek, Granville Island and Kitsilano have their own collection of hidden charms as well.

Now, the one downfall for Vancouver, is the X-factor we mentioned in Ohio. The people. Don’t get upset reading this. Go reach into the closet and put on your thick skin for a few minutes.

As Canadians, generally, we’re pretty nice and polite regardless. When it comes to the night life, though, people pair off into their little cliques and don’t mingle. Men and women alike cry out in this city constantly about how hard it is to meet people and they’re not wrong. We’re nice on the outside, but deep down we just want to chat with our friends and stay in our comfort circles. Sad but true people. Sad but true.

Nowhere else in the world will you find the audience, the party spots but also the hangover spots all within the same proximity. New York is on its game for the post-party eats, but to Jay’s point on the show, you’ll need to line the wallet pretty thick.

New York is one of the great party spots of North America, but it’s not cheap. Like Vegas, if you want to have a good time at night, it’s going to cost you. The next morning, even with the poor Canadian to US exchange rate, good coffees and great baked goods (among other delicacies) will cost you as well.

With that said, they’ll taste amazing and you won’t regret splurging on that $12 bagel! New York makes the podium for a variety of reasons. It’s awesome and partying in the Big Apple will fill you with some stupendous stories; despite the hefty decrease in your savings account.

Home to the deep dish and the good times, Chicago is where it’s at! A huge part of the reason it took the silver medal on our list is because of it’s sporting atmosphere. Like Columbus, you’ll find yourself surrounded with a wealth of opportunities during the evening in the city’s overly robust sports scene.

Go check out a Bulls, Blackhawks, Cubs or Sox game and then light up the town immediately afterward. If you’re not into sports, Chicago has a wicked arts scene and is packed with city tour options through their endless canals as well. Once you’re 7pm to 10pm has been filled, it’s time to hit the town and Chicago has an abundance of bar and pub options from there.

Jay was a member of the Chicago Fire, attended university in the area and grew up just one state over. He swears on his life and this town is one of the be all end all bests in all the land.

While it is a bit of a trek from the comfy confines of the Pacific Northwest, Nashville is the hands down party capital of the continent. A lot of people get scared off because they don’t like country music. Fair enough. Those people, though, are stupid.

That’s like going to Japan and not eating sushi. There is country music in Nashville. Deal with it. Along with the tunes, there are also some of the nicest people, greatest bars, amazing Southern eats and sensational Southern hospitality. It’s real. These people will put beers in your hand and party hard with you all night long.

With each bar located just footsteps from the Nashville Predators Bridgestone Arena and a short trek from the Tennessee Titans Nissan Stadium, this town features a couple gems that may seem foreign to you if you’re from the West Coast.

The people are amazing. The party scene is phenomenal. The weather is superb and the music…is great! Get on a plane and get down there now! It’s #1 on our list and in our hearts.

Canada was just named as a one-third host for the 2026 World Cup. The same World Cup that Vancouver chose not to be a part of. Tune in on Monday because we’re letting loose on our thoughts and then some. You can find us live on the Green Men Facebook Page, the podcast can be found by clicking the link here and the article will hit the web on Tuesday.