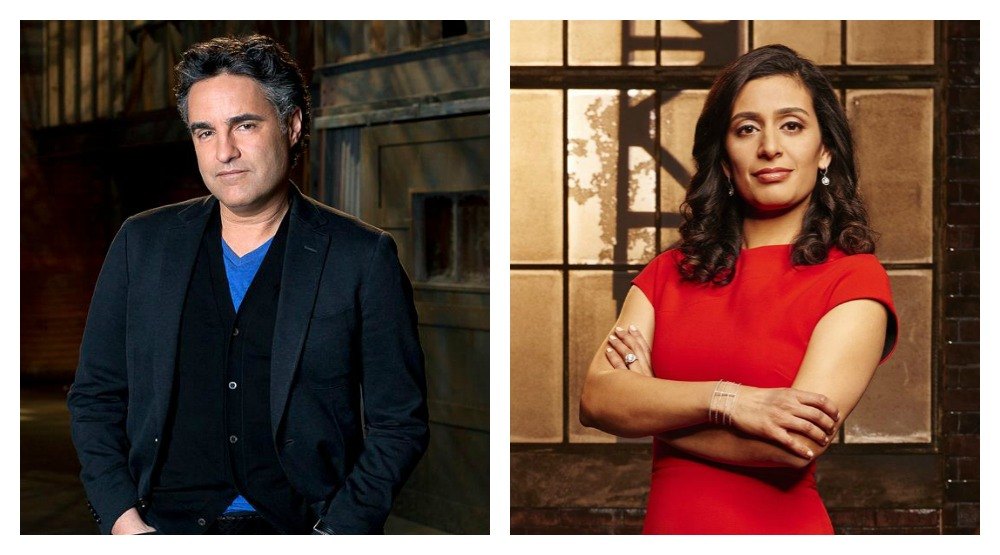 Bruce Croxon and Manjit Minhas know how to get Canadian businesses to the top.

Both have been on the hit CBC show Dragon’s Den, which lets Canadian entrepreneurs pitch their businesses to investors like Croxon and Minhas.

Croxon was on the show from 2011 to 2013, giving businesses like Balzac’s Coffee and EnRICHed Academy a leg up. Minhas is one of the current Dragons.

But investing isn’t the only way these two financial celebrities understand business. They’re both successful entrepreneurs themselves.

Croxon was one of the founders of Lavalife – one of the original online dating sites from the late ’80s. He took the early tech start up and turned it into a company he was able to sell for $170 million.

Minhas, on the other hand, is a petroleum engineer turned beer baroness. Her and her brother became the youngest brewery owners in the world, and she currently has more than 90 brands of beer, wine, and spirits under Minhas Breweries.

To help give your fledgling business a head start, we talked to these two Dragons and asked them some questions about their experience and their advice for entrepreneurs ahead of their fireside chat in Vancouver on March 13.

Give us your elevator pitch. Describe what you do in 10 words or less.

Bruce Croxon: I am a hands on investor in early to growth stage technology companies in Canada.

What was your first job, and what did you learn from it?

MM: Working at my parents’ liquor stores in Calgary. I learned the art of selling and hard work.

Where do your best ideas come from?

BC: I am not really an original idea person. My strength is in recognizing someone else’s good idea when I see it and then helping to build a company around it.

MM: From traveling around the world and meeting new people and seeing new places.

What advice would you give to others thinking of starting a business?

BC: My advice to entrepreneurs is that today, more than ever before, it is important to pick something you love to do because you will be working it seven times 24 – so maybe if you love it, it won’t seem so much like ‘work.’

MM: Stop researching your industry, idea, or business and start. Also, don’t spend more money than you have – living and operating within your means had been the key to my success.

When you were starting your first business, what kept you awake at night?

MM: How to beat my competitors by creating a better priced and tasting beer or spirit.

How do you define success?

BC: The definition of success to me is a very personal thing. If you can support yourself and your family as an entrepreneur, that’s not easy and I believe is deserving of respect. Increasingly I am hearing definitions that revolve around how little one can materially survive on while being ‘happy’ – and that one has got me thinking.

MM: Being happy and making a difference in others lives.

What do you look for in a company you’re thinking about investing in?

BC: When considering an investment I go to the people first. Especially in tech, ideas change fast so it really is more about the team. From there I look hard at the gap between what it costs to get a customer and what that customer is worth to the business.

MM: A passionate, flexible entrepreneur that has grit.

Croxon and Minhas will be speaking at the Greater Vancouver Board of Trade’s fireside chat “Igniting Investment for Business Growth” on March 13 at 6:15 pm.

Tickets are available as a package deal with #BCTECH Summit, giving you access to the two-day technology conference and premium seating at the fireside chat for $949.

You can also get general tickets to just the fireside chat for $99 through the Greater Vancouver Board of Trade’s website.

Igniting Investment for Business Growth: Fireside chat with the Dragons