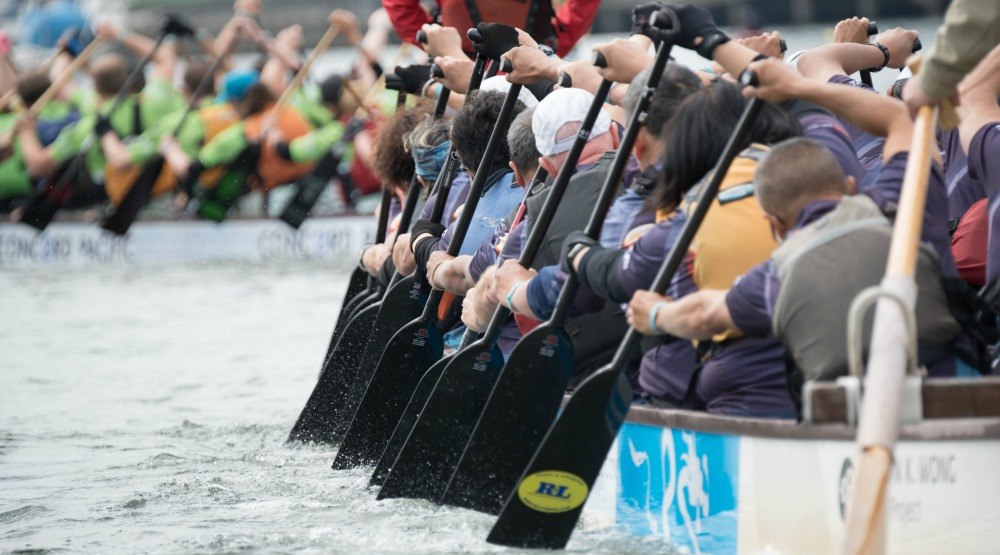 Are you ready for one of the biggest free racing events of the year?

And that means you get to watch this summer’s highly-anticipated races across three days of the action-packed festival. The festival kicks off on June 23 with an all access Friday featuring teams racing for charities before moving on to international race championships on Saturday.

Check out the festival on Saturday and watch from the banks of False Creek as athletes battle it out in the International Cup, starting at 1:30 pm. Local Canadian teams will be taking on challengers from the US, Czech Republic and China in a series of three races where the slowest team is eliminated in each race in the Concord Pacific Champion Race Series. Other featured races include:

With a ton of live music performances, a European-style Portobello Market, and plenty of food vendors, you’ll definitely find something fun to do when you take a break from race-watching. So whatever you do, be sure to get down to Concord Pacific Place early to get a good spot so you don’t miss out on any of the action at Vancouver’s premier Dragon Boat racing event.

When: June 23 to 25
Where: Concord Pacific Place, Creekside Park, and the waters of False Creek
Tickets: Not required – free event