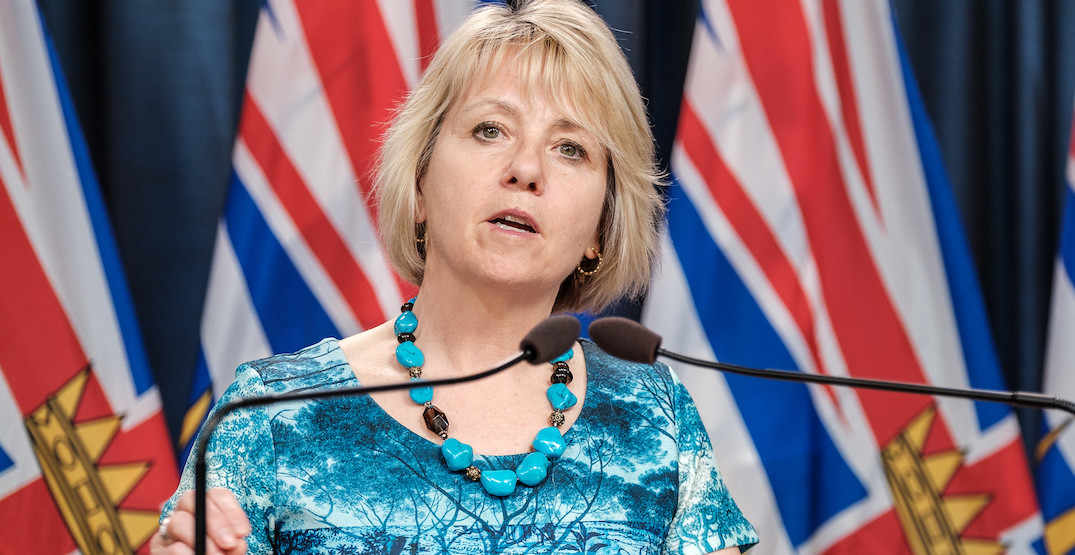 BC Provincial Health Officer Dr. Bonnie Henry wasn’t negotiating with the NHL, nor was she willing to put anyone in her province at risk.

Dr. Henry was quizzed multiple times today about the NHL reportedly souring on Vancouver, prior to the Canucks announcing that they are officially out of the hub city race.

It’s been a roller coaster ride on the hub city beat of late. As late as two days ago, Vancouver and Las Vegas looked like locks to host games — likely with the Canucks and other Western Conference teams playing at Rogers Arena.

But then reports began to surface that the NHL was likely to go in a different direction. The issue appears to be BC’s strict health rules for the league’s hub city plan, including what would happen if someone inside the NHL’s bubble got sick.

“What we provided was our advice and basically the fact that we would take the health of the players and the health of our province as the primary concern in terms of having the NHL play in Vancouver,” said Dr. Henry. “I actually think that is a positive for us and that it should have been something that the NHL saw as a positive partnership.

“We are doing very well, we have a good balance. But under no circumstances was I going to compromise in any way the health of people here in British Columbia. We made that very clear.

“We also made it very clear that we are absolutely willing to partner with the NHL to make sure the health of the players and the people that were here in British Columbia if Vancouver was a hub city would be paramount as well.”

Dr. Henry indicated that a positive test could result in the suspension of a playoff series for a period of time, which is a logical step to make. But that’s also something that might make the NHL nervous about selecting Vancouver.

If that’s the case, even the most diehard local hockey fan will surely be happy to choose the advice of Dr. Henry over Dr. Bettman.

“Our advice and our direction was that if there was a positive case that arose that we would do what we do with all cases that we have here. That we would investigate and that there needed to be contingency if there was other people who are identified as ill.

“It might mean suspension of part of a series for a period of time until that could be done, and that we recognize very much that if there was a large number of people who were testing positive and had illness, that it was likely that some people’s health could be at risk, that would have more severe illness, and that there needed to be contingency built into the plan to make sure we were able to deal with that.”

The NHL will select two hubs from a list of five cities remaining on their shortlist, including Edmonton, Toronto, Las Vegas, Chicago, and Los Angeles.

“This is a decision for the NHL,” said Health Minister Adrian Dix, who spoke passionately on this subject earlier in the day. “I’m very proud of the Canucks and very proud that they made this effort.”

“We just profoundly believe that the strength of what we’ve said to everybody is the strength of public health in BC, that should be a primary concern and that’s our primary concern,” added Dix. “And that includes the athletes who come, the coaches who come, the officials who come, and everyone who’s taking part in the event. So we think that the efforts we’ve made in BC to flatten the curve are a strong reason why Vancouver is an excellent site.