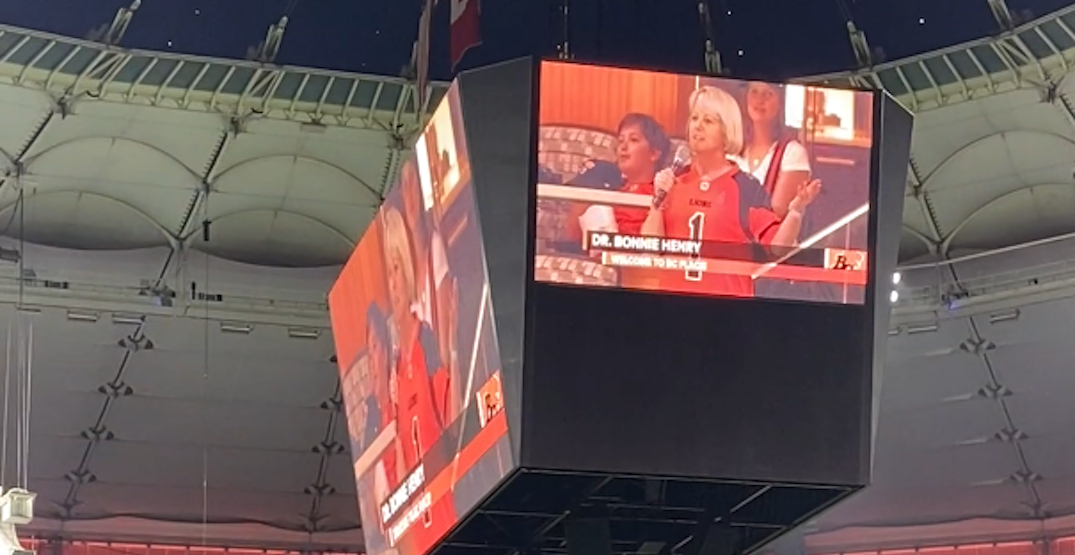 Dr. Bonnie Henry speaks to the crowd at BC Place (Rob Williams/Daily Hive)

It was a historic night at BC Place on Thursday, as fans returned to live sports in Vancouver for the first time since the pandemic began.

The BC Lions were allowed 50% capacity in the stadium’s lower bowl, with an announced sellout of 12,500 fans in attendance. Fans had been in attendance for the FIBA Olympic qualifiers in Victoria last month and the Fraser Valley Bandits games in Abbotsford, but this was the largest crowd at a sporting event in British Columbia since March 10, 2020.

Provincial Health Officer Dr. Bonnie Henry was there, wearing an orange Lions jersey in a private suite. Henry was welcomed with cheers from those in attendance after she was introduced, and she spoke briefly to the crowd.

“I’m really excited to see so many people in the stands here tonight and everybody keeping a safe distance,” she said. “It’s amazing, after over 650 days that our BC Lions are playing in front of an audience here tonight… now if we could just do something about the score.”

The Lions ended up losing to the Edmonton Elks 21-16.

“It has been a long 18 months. I just want to thank the millions of people in British Columbia that pulled together to get us through this pandemic. Over 80% of us have been immunized, and we need to get that up to 100% so we can get back to doing more of the things we love.” 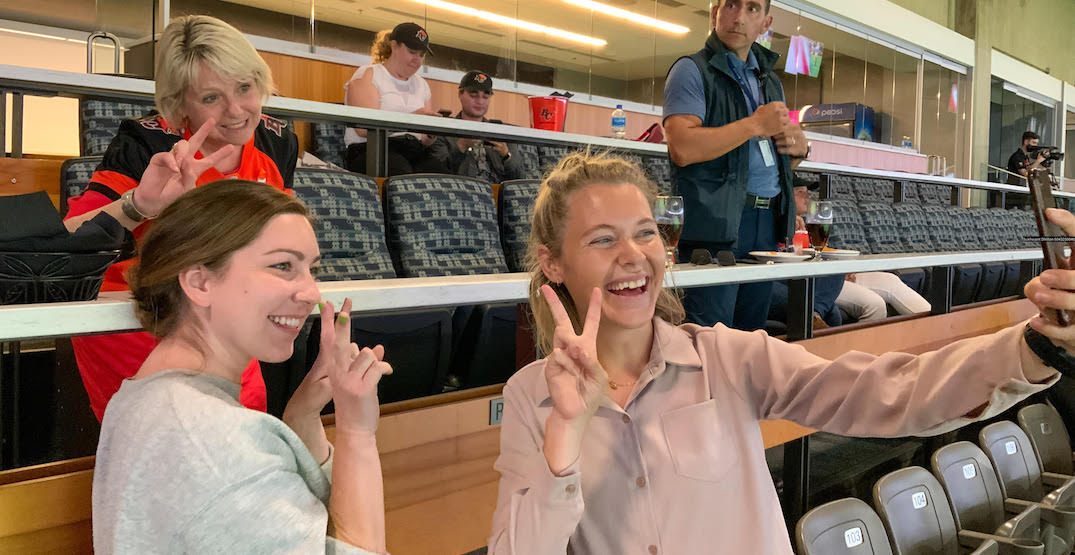 A pop-up vaccine clinic was set up outside BC Place before the game, as fans were given the opportunity to receive their first or second shot of a COVID-19 vaccine. Fans will have the opportunity to do the same on Saturday night, as the Vancouver Whitecaps play a match in front of their home fans for the first time in 539 days. Vancouver Coastal Health will be on-site at Terry Fox Plaza from 2 pm to 7:30 pm.

Dr. Henry will be honoured during the match, as will 350 frontline heroes, the Whitecaps announced.

“We are honoured to have so many frontline heroes at our match, and at the same time, we are very excited to have Dr. Henry attending our first match at BC Place in 539 days,” said Whitecaps CEO and sporting director Axel Schuster. “As we have said throughout this pandemic, our number one priority is the health and safety of everyone, and Dr. Henry has shown poise throughout this challenging period. We are thrilled to finally be able to return to our home stadium and be able to recognize her contributions to our community.”