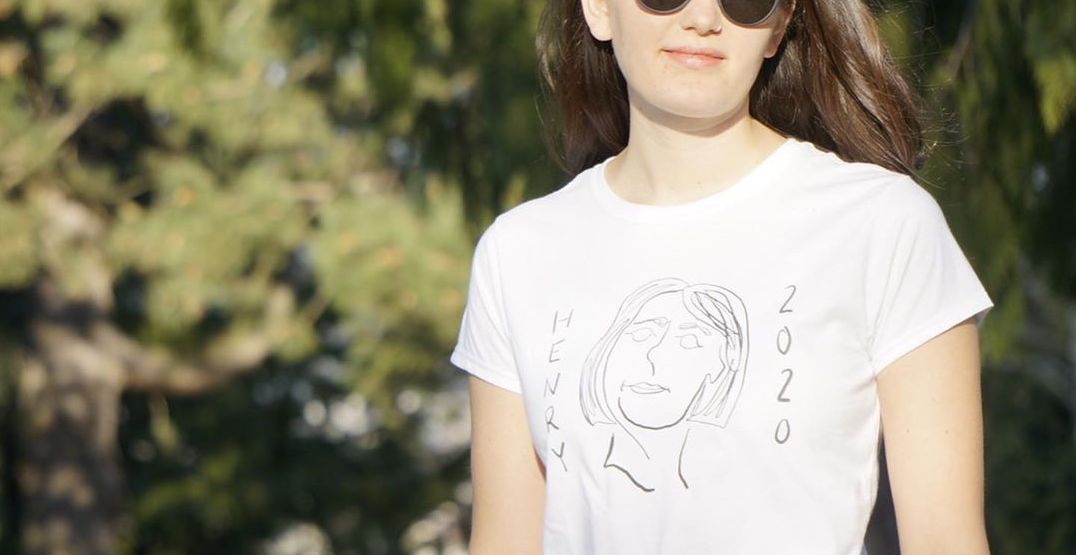 During the COVID-19 pandemic, one of the heroes that’s emerged alongside the frontline doctors, nurses, first responders, and hospital workers has been Dr. Bonnie Henry — British Columbia’s Provincial Health Officer.

She’s worked countless hours to deliver daily updates on the pandemic and has even garnered herself a mural in Downtown Vancouver and her very own Twitter fan club.

I want to start a campaign to have Dr. Bonnie Henry named to The Order of Canada. Join me in having this incredible person recognized in a manner deserving of her outstanding merits. PLEASE RT.

Some British Columbians have even begun using her image and words to make merchandise whose profits go directly towards food banks and other coronavirus charities in the province.

Here are a few of our favourites:

Amanda has made Dr. Bonnie Henry T-shirts and is selling them on a sliding scale from $35 to $50, with all proceeds going towards local food banks.

Those interested in purchasing a “Henry 2020” or a “Hold the line” tee can do so by emailing [email protected] for more information. 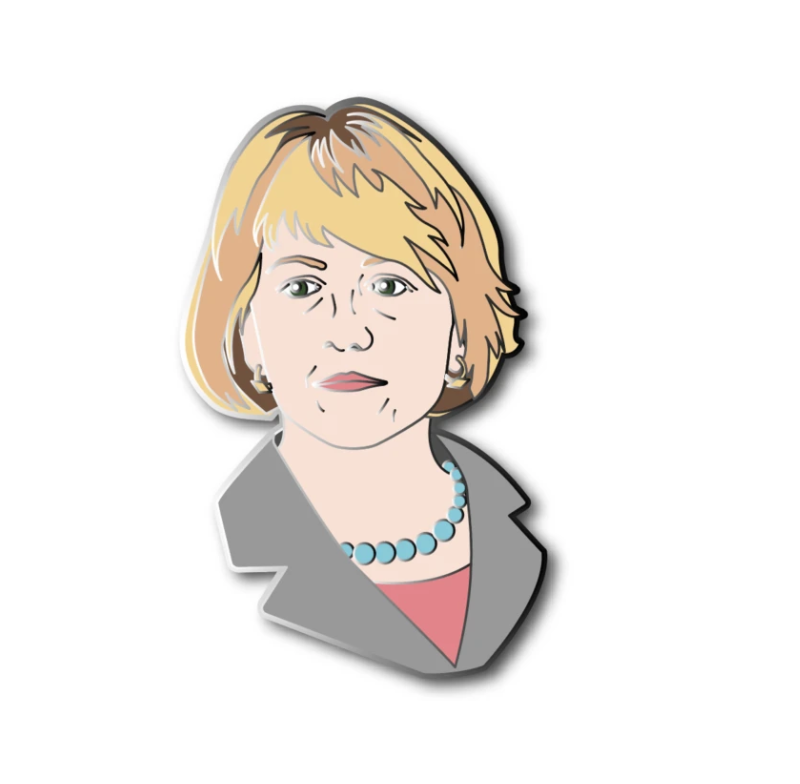 Kelsey Lian first designed these enamel pins with the intention of printing them for her friends and family. She had no intention of selling the merchandise until she’d realized that the minimum order for enamel pins is 50 pieces.

She then posted a tweet, stating that if people donated a certain amount to coronavirus relief efforts in BC, she may send some their way. Due to an overwhelming response, Lian decided to create a Shopify store to sell both her pins and stickers.

Current wait times for pins are around one month, while stickers are expected to arrive as early as next week. All profits of sales will go towards coronavirus relief efforts in BC.

A post shared by Sharon Montgomery Artist (@sharon.montgomery.artist) on Apr 6, 2020 at 1:17pm PDT

Sharon Montgomery has been praised for her printable illustrations which she’s released to the public for no cost. She decided to help out Foodbanks BC by selling buttons with her illustrations of Dr. Bonnie Henry and raised $3487 in just four days.

Her popular pins feature a portrait of Dr. Bonnie Henry, as well as her famous quote: “Be calm, be kind, be safe.” Although they’re currently sold out, keep an eye out for a possible restock once all thousand or so have been shipped out.

Dr. Bonnie Henry’s famous quote, “be kind, be calm, be safe,” comes from closing remarks on her press conference on April 6, in which she’d noted that the percentage of new cases has been slowing, which is a “testament to the efforts everyone has been making over the last few weeks.”

Her most recent press conference on April 11 has since revealed that three more people have died from their infections, bringing the province’s death toll to 58.

So far 905 people have fully recovered from their illness, meaning the number of active known infections in the province is 540.

Around the province, 134 people are in hospital because of their coronavirus infections, including 63 who are in intensive care units.

Henry once again drove home the message that people should stay home and avoid all unnecessary journeys around the province.

“We hope everyone is home, spending time with their close family — with their households.”