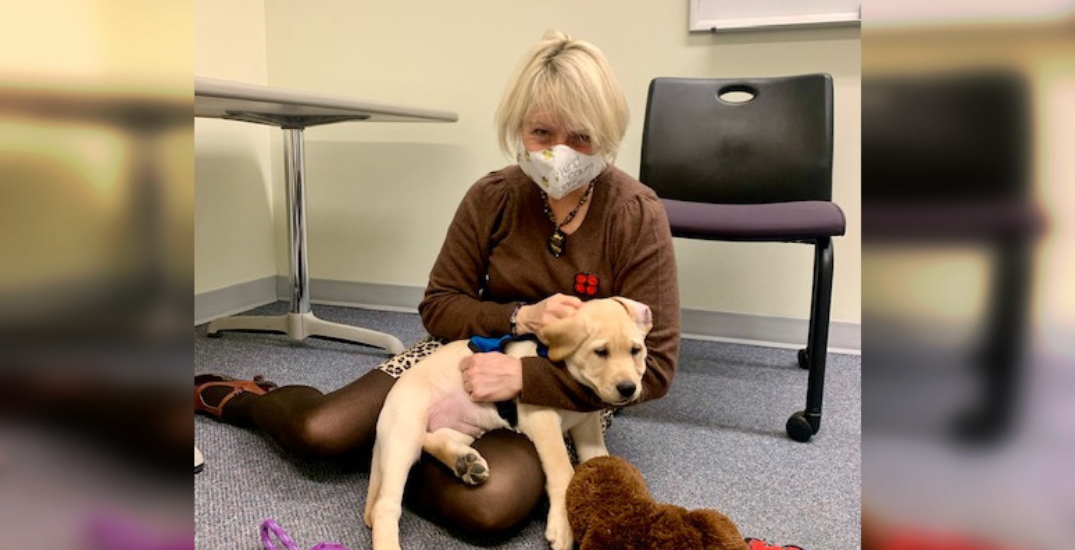 Dr. Bonnie Henry got to meet, and play with, one of the two Labrador puppies named after her by staff from BC & Alberta Guide Dogs.

Henry the puppy met his namesake and her team this week, and was able to bring “some perfect puppy cuddles,” BC Guide Dogs said in a tweet.

Henry met his namesake, Dr. Bonnie Henry and her team this week! We’re glad that he could provide some perfect puppy cuddles on behalf of #BCandAlbertaGuideDogs. pic.twitter.com/No1tQvUiib

The puppies — named Bonnie and Henry — were part of a litter of 10 that will all train to be certified guide dogs.

The dogs were named after BC’S Provincial Health Officer because staff at BC & Alberta Guide Dogs believe she embodies the same qualities that guide dogs should have, such as calmness and guidance.

“It is an honour to have two such adorable namesakes,” Henry said in a news release following the September announcement. “Taking a moment to appreciate the joy of two little puppies is so welcome.”