Less than one year ago, two decisions from the US Supreme Court created a more equal America for gays and lesbians. The Case Against 8, screening twice during DOXA 2014, deftly captures the multi-year legal marathon that ultimately struck down Proposition 8, a ballot amendment in California banning same-sex marriage.

For a brief period in 2008, it was legal for two men or two women to marry in California. However, the day President Obama was elected to his first term, Californians voted 52% in favour of Proposition 8, eliminating the right of marriage for same-sex couples in the state.

To challenge the amendment, a lawsuit was filed in the US District Court, and The Case Against 8 follows this suit from beginning to end. The briskly-paced doc profiles the plaintiffs, two exceptionally special same-sex couples, and the dream team of legal professionals who argued the case. Superstar lawyers David Boies and Ted Olsen, who opposed each other in Bush vs. Gore, joined forces mounting an airtight case to ensure equality for all Californians. 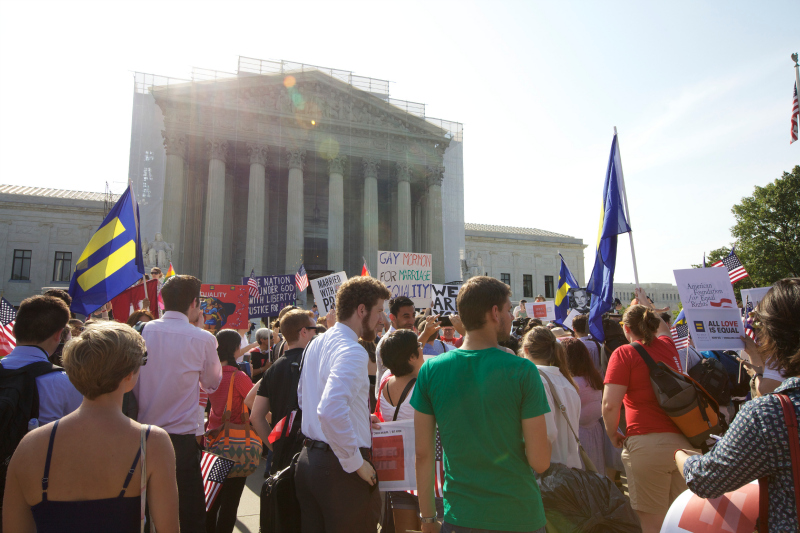 “This lawsuit,” says Boies in the film, “is about the courts saying that no matter how blind people may be, the constitution guarantees that everyone deserves the equal rights that every human being is entitled to.”

Proposition 8, along with the federal Defense of Marriage Act, was ruled unconstitutional on June 26th 2013, drastically advancing marriage equality in the United States and returning the previously-held right to Californians.

As much a film about a landmark human rights case of our time, The Case Against 8 is a film about the human experience. The long, emotional journey undertaken by the four plaintiffs and their families is skillfully retold by the filmmakers, and in the end beautifully captures the triumph of love over fear that helped win the case.