The vertical farm opened in November 2012 in downtown Vancouver atop a parkade at 535 Richards Street. The 5,700 square foot farm grew produce in trays stacked 12 high. 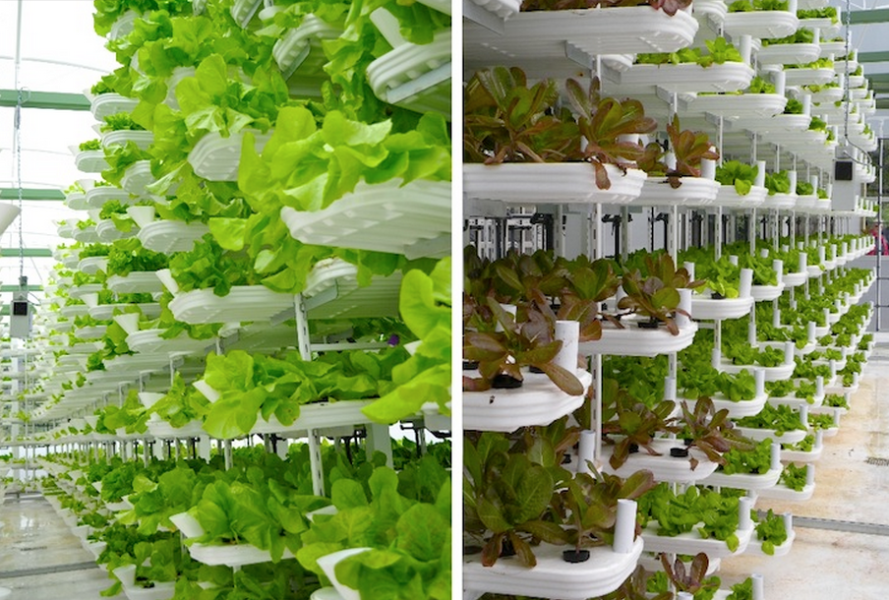 It was expected to grow 150,000 pounds in greens annually – with yields 20 times higher than normal production volume of crops and using only 8 per cent of the normal water consumption used to irrigate crops.

Alterrus aimed to sell its produce to local restaurants under the Local Garden Brand.

Here is the company’s closure statement:

The Companies, Alterrus Systems Inc. and Local Garden Vancouver Inc. on a consolidated basis, have been challenged with working capital issues for the past months. This combined with productivity challenges on the leafy green side of crop production led us to change focus to the micro-greens crop which represented lower operating cost and higher margins overall.  The micro-greens market potential was one which required development and although headed towards the positive cash flow direction it was moderately slow getting there.

A number of capital infusion opportunities were pursued in the last two quarters and were positive enough to lead us to believe they were impending and could tide us over to a point where a planned TSX fund raise was possible.  We strategically converted significant amounts of debt to shares recently to strengthen the company’s balance sheet.

A few repayment agreements negotiated earlier in the year with creditors became due in October/ November which could not be immediately satisfied and demand notices were considered to be imminent.

In October/November we approached our Bank for a bulge in the operating line to seek relief. This request was respectfully declined but a deferral of principal and interest payments were offered through March 2014 to assist.

Severe cost cutting across all facets of greenhouse operations and G&A was implemented with success  and beginning to reflect in our P+L.

A significant mechanical failure experienced in late December 2013 impaired our ability to safely and effectively operate was precipitous to the fateful decision by the board to enter into an assignment to Trustees of bankruptcy on Jan 21st, 2014. Effective on this date the affairs of the Companies were taken over by The Bowra Group.

As in many bankruptcy proceedings it is regretful that many stakeholders will not be able to recover their losses, particularly since they have supported the cause with real value.  It is never an easy decision for a management team to make as the impact is often sudden and possibly un-expected.