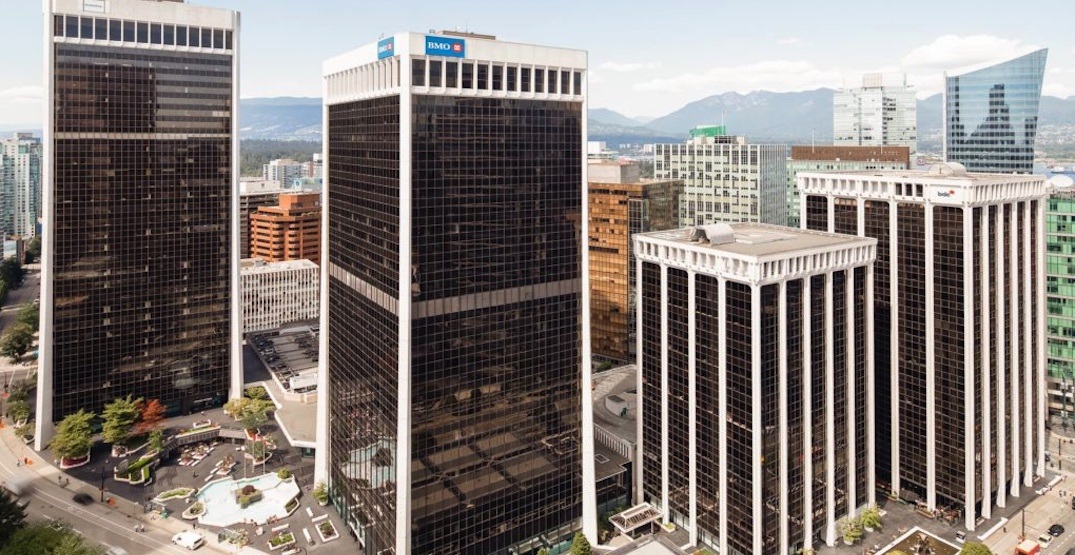 Office workers in North America are gradually transitioning back to their office workspaces, and as it turns out, downtown Vancouver ranks amongst the top amongst major city centres in the continent for this return to normality.

These estimates of downtown foot traffic activity in each city and industry are by commercial real estate firm Avison Young’s new Vitality Index, which uses Orbital Insight’s aggregation of anonymized cell phone location data geofenced to unique locations. According to the index, this weekday foot traffic is representative of full-building office occupiers only.

With no city having yet hit a less than 50% difference to pre-pandemic levels, Avision Yong says that many companies are still deciding whether a return to office is safe.

“Everyone is looking for the Goldilocks position — companies don’t want to move too early or too late,” said Avison Young’s President of Professional Services for the Americas, Sheila Botting.

“The Vitality Index is wildly important for people looking to understand what is happening in real-time and over time in major markets. It measures the pace so that leaders can make decisions based on concrete information and analytics.”

Even as offices start to reopen, Botting says that the way people work will likely look different from before the pandemic.

“One size does not fit all,” Botting notes. “Each organization is different. Each employee is different. And when you put it all together, we will need more dynamic environments that will allow us all to move forward.”

Downtown Vancouver continues to come up at top in the ranking of major city centres in North America with the lowest office vacancy rate, with the rate hovering at 7.6% — still considered a healthy market — as of the end of 2021’s third quarter. The earlier impacts of COVID-19 on downtown Vancouver’s office market have stabilized, and there is now a resurgence in leasing activity, with the continued strong growth of Metro Vancouver’s tech industry propelling much of the demand.

“We need downtowns. We need offices without a doubt, that does not go away,” added Botting. “But the scale and purpose of these offices does change. It’s going to scale up or scale down for any organization based on business purpose, culture, how people work and, ultimately, the role of the office.”