According to the transportation agency, the current design of the bus network predates much of the growth and developments that are now seen in Yaletown, Downtown South and around False Creek. In some cases, bus routes are confusing and inconvenient and they are unable to meet demand.

Considerations are also being given for the possibility of permanent road closures on the 800-block of Robson Street (for conversion into a year-round street level public plaza at Robson Square) and the 600-block of Cambie Street to create a new plaza between West Georgia and Dunsmuir Streets for the future Larwill Park location of the Vancouver Art Gallery.

Several alternative options are being proposed to improve services for Downtown-only routes, including the implementation of a new Downtown Loop route, and Cambie Bridge and Eastern Corridor routes.

Those who are unable to attend the open houses can also give feedback via TransLink’s online questionnaire. 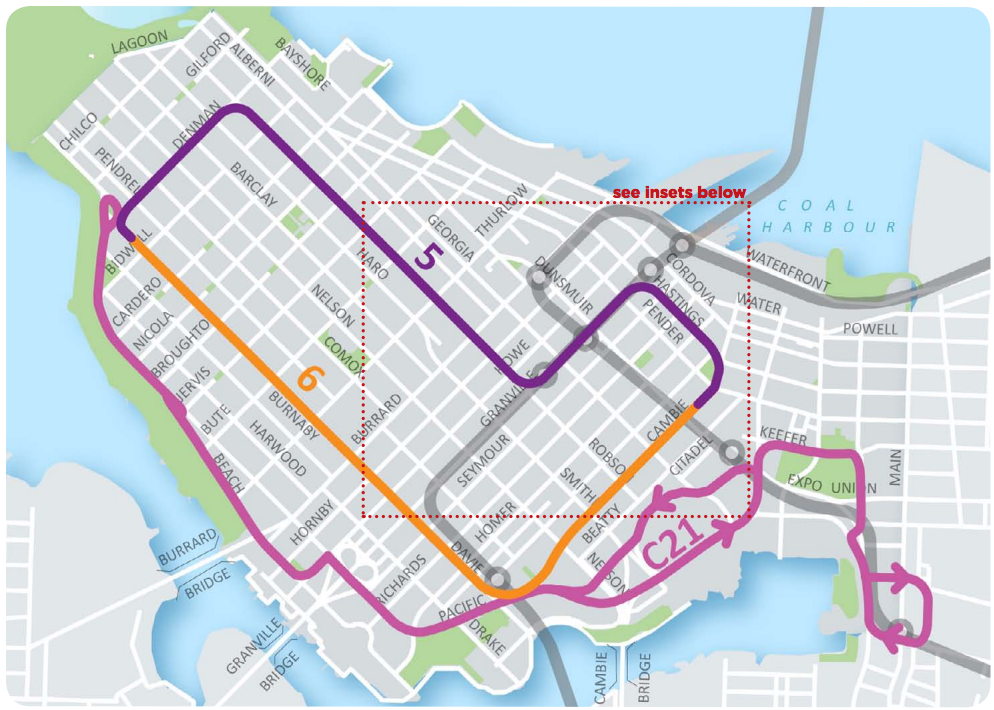 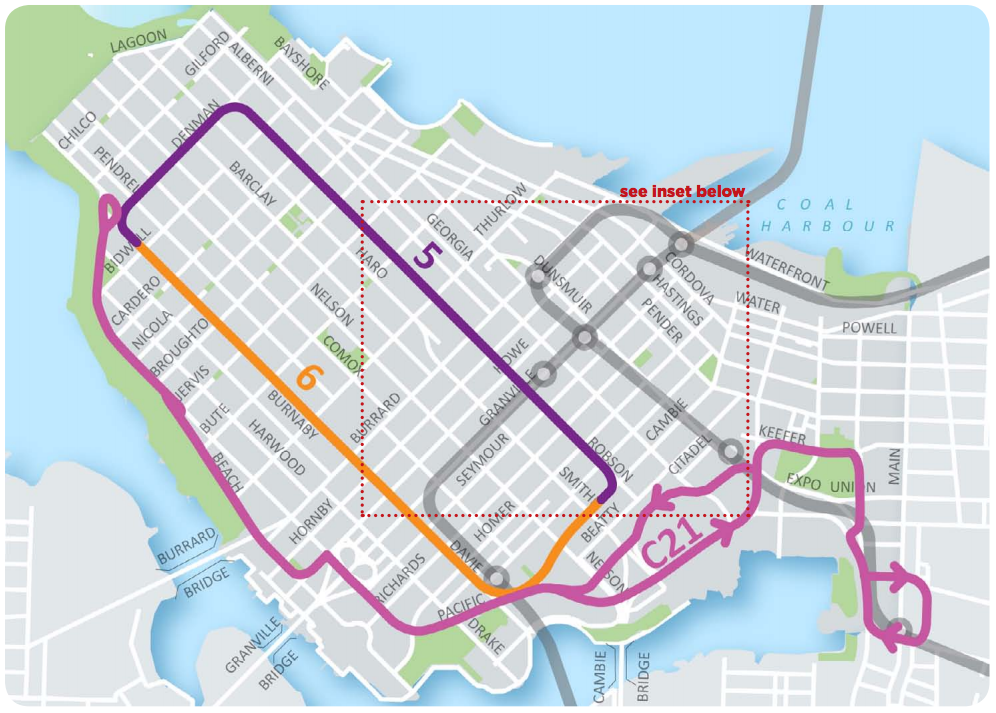 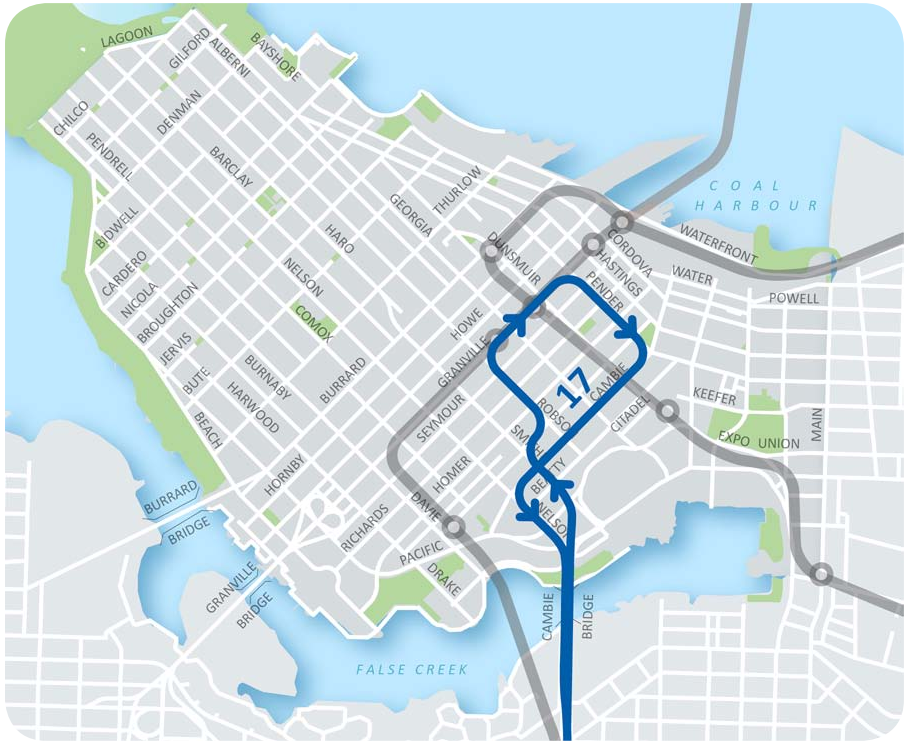 Alternative B1: Two-way 17 route via Cambie 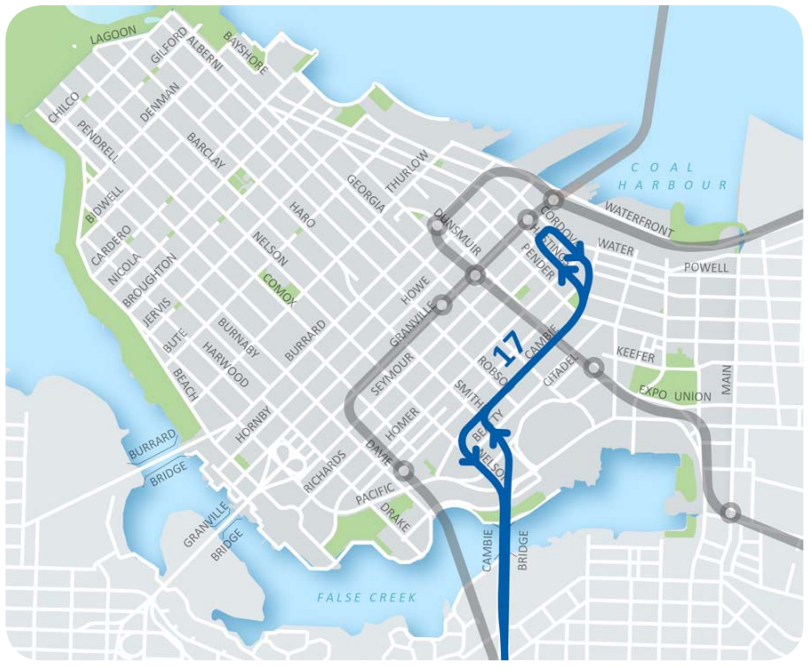 Alternative B2: Two-way 17 route via Robson and Granville 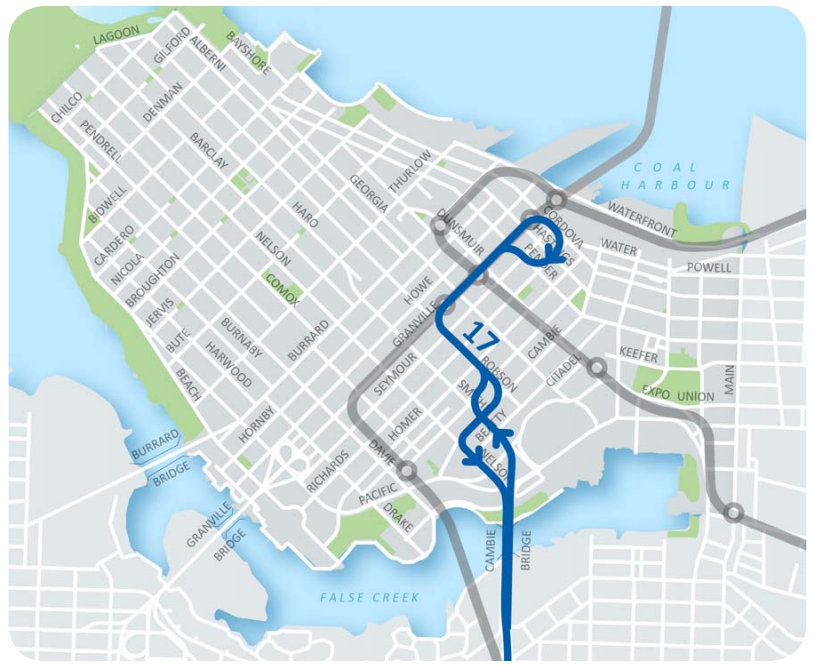 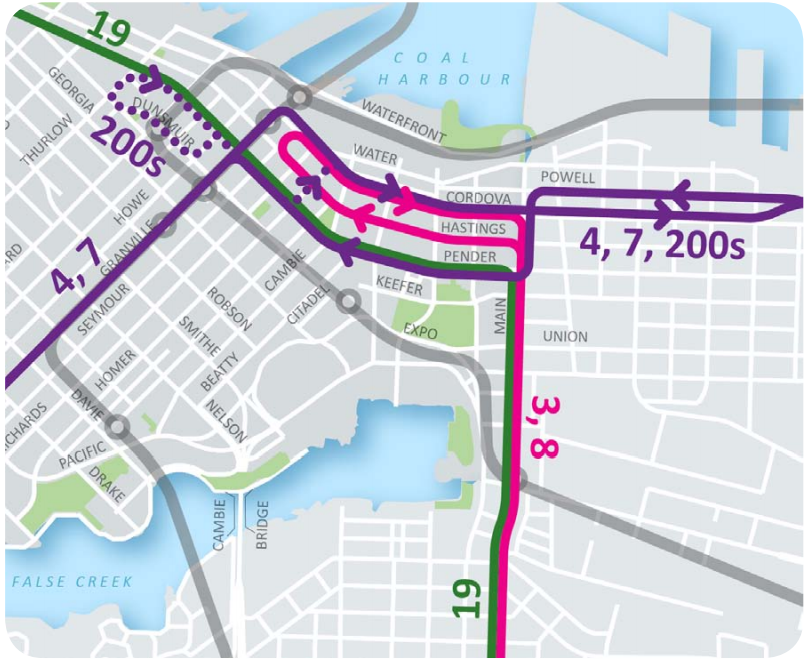 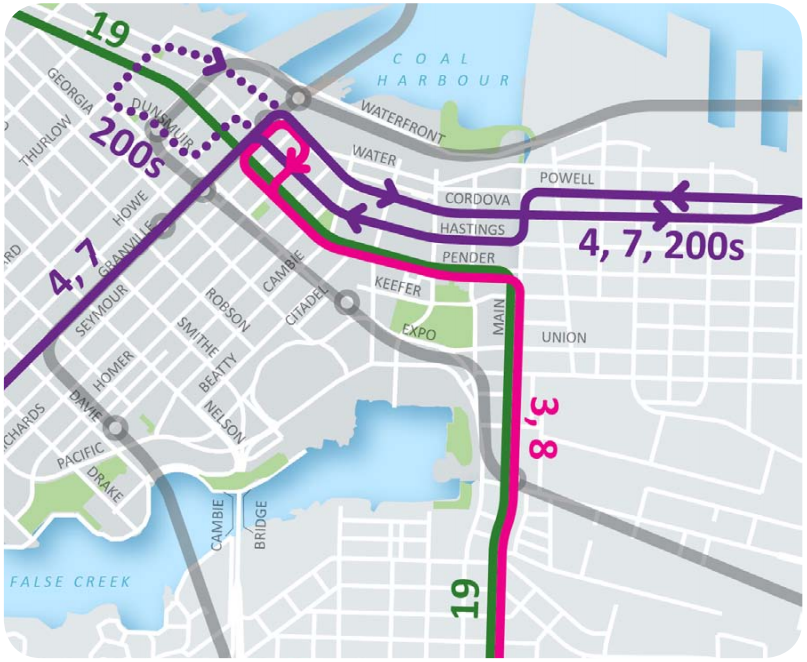