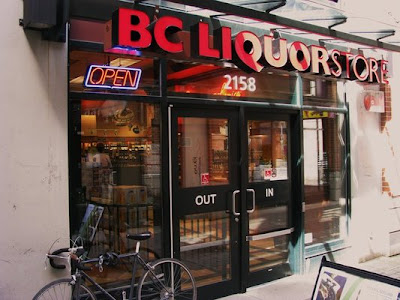 Downtown liquor stores are being forced to close at 2pm tomorrow in anticipation of the huge crowd expected to converge on the downtown core for the last day of this epic Olympic party. So pretty much once we finishing kicking the Americans butt and reclaim the hockey gold, you will have to get out of the downtown core to get your booze, I suggest the one on Cambie and 7th across Canadian Tire.
A smart move or an over exaggerated response? Judging by what the hockey fans of this city are capable of I can see why they are doing this, especially if we were too.., well you know what I mean, I will not say that word. I guess this means more business for the bars and their Olympic surcharges.[source]