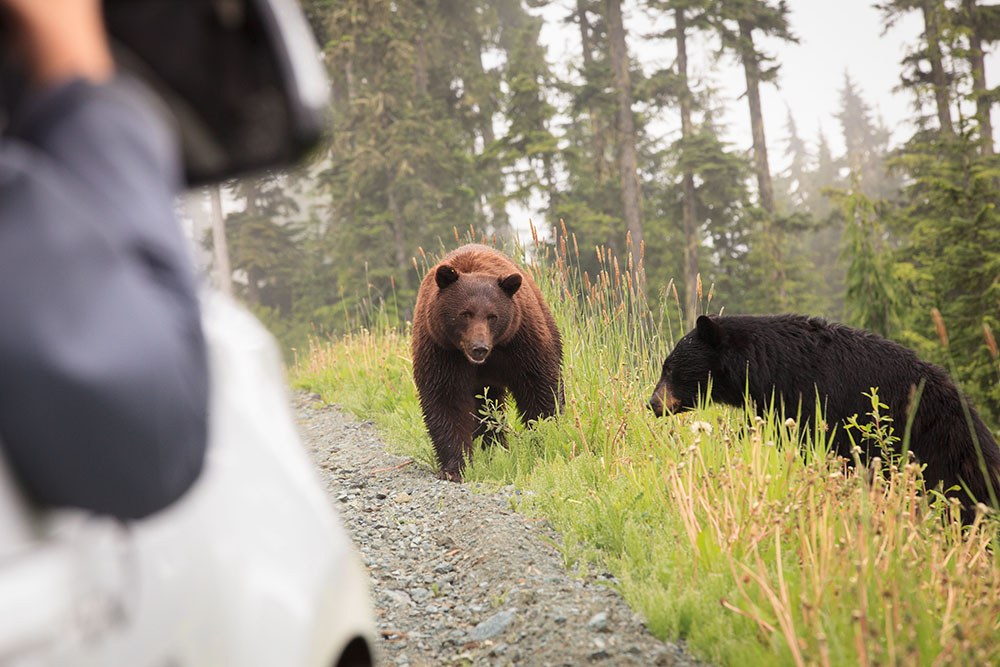 I have been to Ki in Toronto and was quite eager to try the Vancouver location at the Shangri-La.  It’s owned by the same people who own Hy’s and The Keg, so we weren’t overly surprised to see a Hy’s waitress serving us.

We ordered was the Beef Carparccio (image above). Instead of slices of beef and were presented with thinly sliced pan seared strips of beef, rolled around scallions and watercress. Served on a thin and long slice of cucumber, and topped with crispy shallots, the shiso vinaigrette is richly scented with shiso, so avoid this if you don’t like the flavour. The beef had a nice texture and the presentation was really pretty. Do yourself a favour and eat the cucumber too, I did! 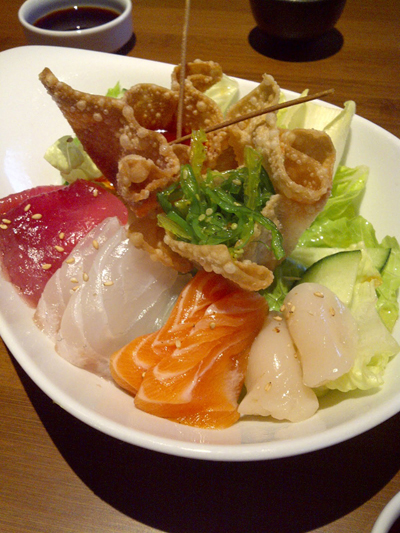 Next up was their Sashimi Salad, loaded with slices of sashimi on a bed of lettuce. The dressing is a good mix of sweet and spicy. Not crazy heat, but some, the dressing is served little fried wonton skin cups as well as some gnome, with sesame seeds and oil. Great for a textural change from the sashimi. 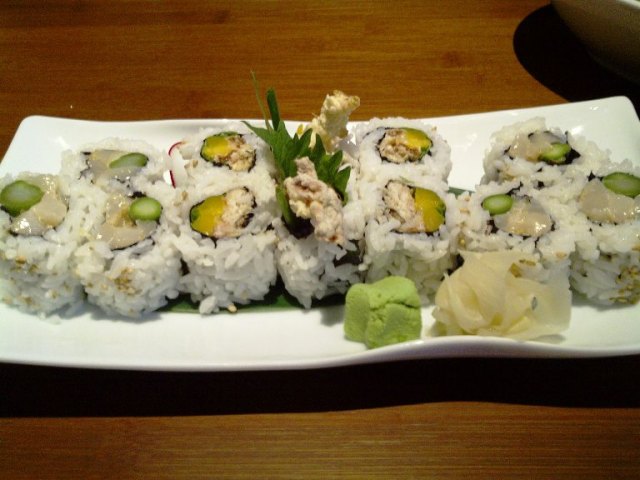 In a Japanese restaurant, your instinct is to get nigiri or rolls, so we got their Dynamite Roll and Spicy Scallop Roll. The Dynamite Roll was the usual Tempura Shrimp, mayo and julienned cucumber with some tobiko. Not exceptional, rather average, and not really worth the price. Afterall, it’s shrimp and rice, so it wasn’t bad, but I’d have to say that the Spicy Scallop was. My tolerance for heat is high, but the heat factor was completely absent. We told the waitress, and she did ask the sushi chef about it, who told us that the spicy mayo is mild but gave us some on the side to enhance the roll. It did help and I also liked the presence of asparagus in the roll for added flavour, but it’s not spicy! 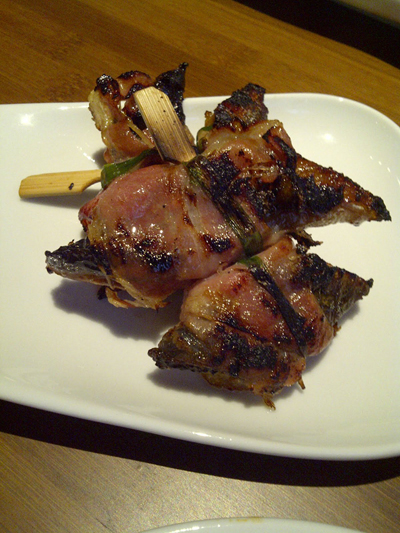 From their Kushiyaki menu, we got their Unagi skewer. We got four pieces of Unagi, each wrapped in Pancetta, along with some onions and pickled daikon strips. For $12, I would say this was a good deal! The pancetta was salty and crunchy with a great charred flavour and texture. The sweetness and the delicate texture of the unagi makes this a perfect bite.

All in all, the restaurant is good and definitely priced on the high side. If you avoid the rolls (ie. Lobster Tempura Roll for $20) and focus on the other items, you can have a great meal at a decent price. For example, their Ikura (my all-time favourite) is $12 for two pieces of nigiri…when other places charge ~$3/piece at the most. However, their Vegetable Tempura is $11, which is fair market value, I’d say.

They are expanding right now, and I’d love to know your thoughts if you’ve been to either their Toronto or Calgary location!