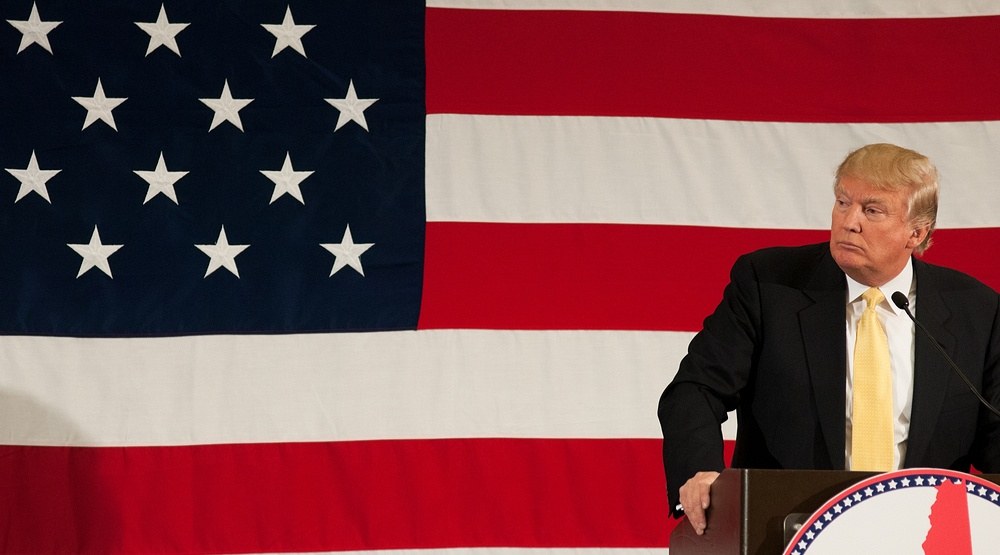 Donald Trump speaks at the First in the Nation Leadership Summit in Nashua, NH, on April 18, 2015 (Andrew Cline/Shutterstock)

It’s only been a week since the US election, but already a third anti-Trump rally is planned for this Wednesday outside the newly-built Trump Tower in downtown Vancouver.

On their Facebook page, organizers encourage people to “join us in the streets to demonstrate our mass opposition to Trump, his agenda, and these colonial states.”

Organizers note the event, which will start at 5 pm, is not in support of Clinton, “or any political party.”

The rally will also take aim at Trump’s plan to go ahead with the Dakota Access Pipeline, build a wall along the US/Mexico border, and deport undocumented immigrants.

“If you see Trump supporters, Soldiers Of Odin, fascists, or police trying to intimidate/harass/or attack people, stand next to them and protect each other,” the group said on Facebook. “People need to be there for each other, especially for POC (people of colour), LGBTQ folks and more specifically WOC (women of colour).”