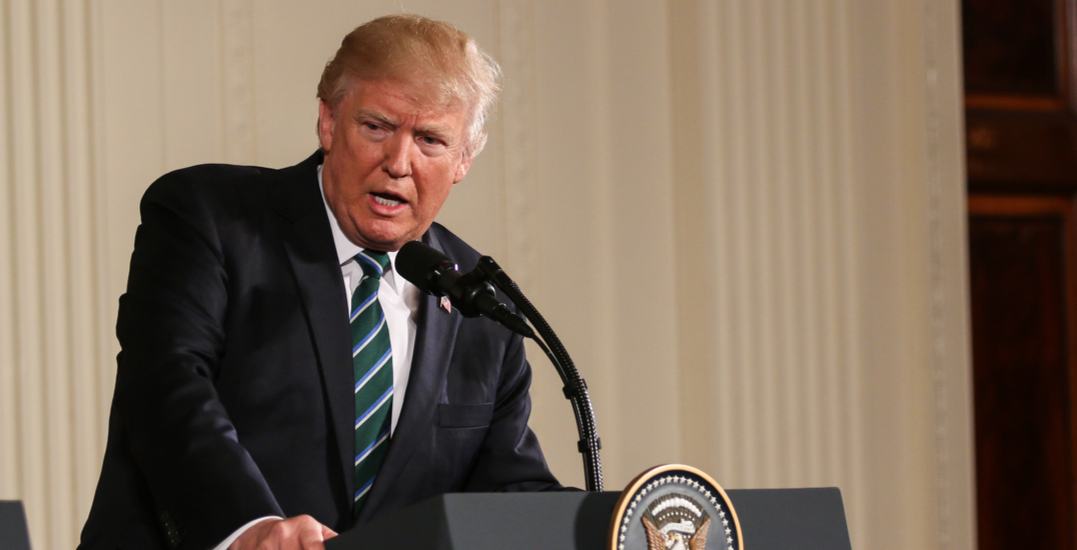 As we head into the second month of the new year, one thing remains the same from 2017: Canadians are not very impressed with US President Donald Trump.

In fact, almost 3/4 of Canadians express a negative opinion of the performance of the Trump administration, according to a new poll.

The survey, completed by the Angus Reid Institute, polled 1,516 Canadian adults and found that seven-in-ten Canadians (70%) feel negatively towards Trump, while one-in-eight (13%) say they have a positive view.

Majority of Canadians are pessimistic about the future

The survey also found that Canadians’ views of the president have in fact worsened since Trump’s first few weeks in office, and more than three-quarters of respondents (77%) say they are pessimistic and worried about the three years remaining on Trump’s term. 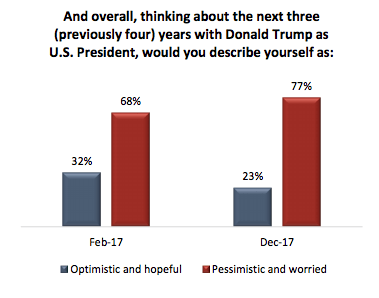 Regionally unified, except for Alberta

When it comes to Trump’s Canadian supporters, 29% Albertans are significantly more likely to say they have a positive view of the President and his leadership team.

But by comparison, 49% of Albertans still say they view the Trump administration negatively overall.

The survey also found that Canadian men remain more positive than Canadian women. In fact, one-in-five men (19%) say they have an overall positive view of the White House’s performance, which is more than double the number of women saying the same at just eight per cent. 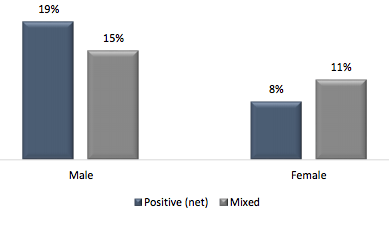