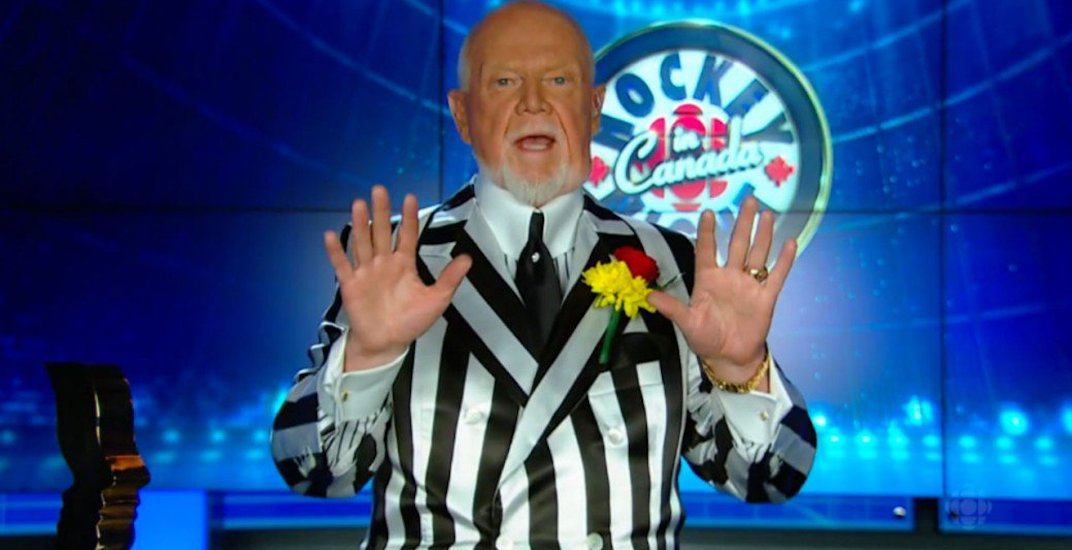 Don Cherry’s run at Hockey Night in Canada will come to an end one day.

But it appears that day is not today.

The future of the former NHL coach, who has been a fixture on national broadcasts for nearly 40 years, became a hot topic this weekend, fuelled by speculation from the Toronto Sun’s Steve Simmons.

“One thing that hasn’t been confirmed for the next season of Hockey Night In Canada: the return of Don Cherry and Coach’s Corner,” said Simmons, who also referenced Rogers recently letting go Bob McCown and Doug MacLean.

Simmons speculated that Cherry could be on the way out given his big salary and age — he’s 85 years old.

But if Cherry is on his way out, it’s news to him. He says he’s already been told that he will return for next season.

Cherry fired back at Simmons on Sunday evening with a pair of tweets.

“I must say I am hurt and disappointed that my friend Steve Simmons would suggest in his Sunday column that Hockey Night in Canada might not want me back for next year. I was told a week after the playoffs I would be back,” said Cherry.

“The question I ask is this… why didn’t my friend Steve phone me and ask me?”