“Unleashed! A Dog Dancing Story” is like Dancing with the Stars, if all of the performers were quirky, middle-aged women and super talented dogs.

The film follows a Langley, B.C., amateur dog dancing group called Paws2Dance and their director, who are putting on the world’s “first-ever dog dancing and indoor kite flying theatrical performance.” 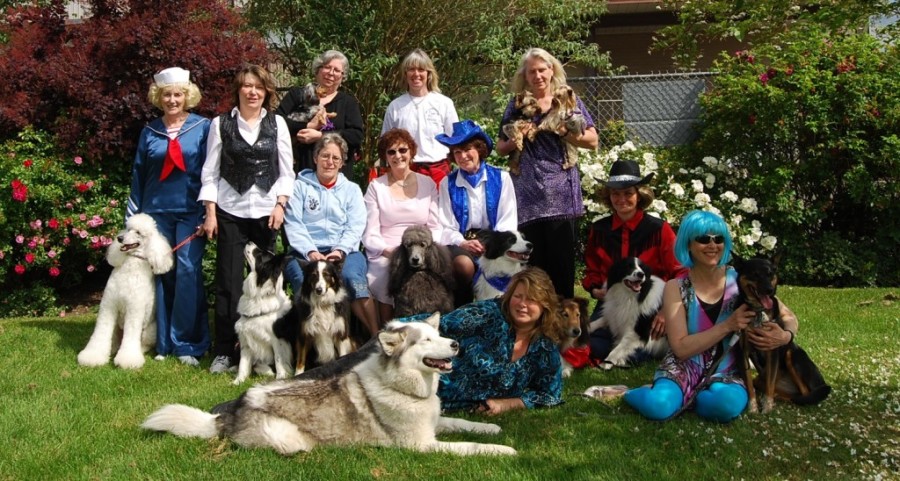 The Vancouver-produced film premiered at The Thin Line Film Fest in Texas earlier this year and has received quite a bit of international media attention based on the quirky premise and characters.

Basically, if you didn’t know this was a documentary there’s a very real chance of believing what you’re watching on screen is a Christopher Guest-style mockumentary like Best in Show that satirizes the most heartwarming and over the top eccentricities of insane dog owners.

Did I mention that there are also Gods fighting each other?

The film debuts Thursday night at 6:30 at the Rio Theatre.

So Justin, beyond the dogs, part of this film’s success really is the characters — the lovable underdogs, so to speak.

It definitely delves a lot further into the lives of these dog dancers and the challenges they face while trying to put on this ambitious amateur musical. From writing scripts to fund-raising, building sets and spending 16 hour days sewing costumes, all while fitting in dog dancing practice sessions and rehearsals. It’s a pretty crazy marriage of dog dancing and amateur theatre production. 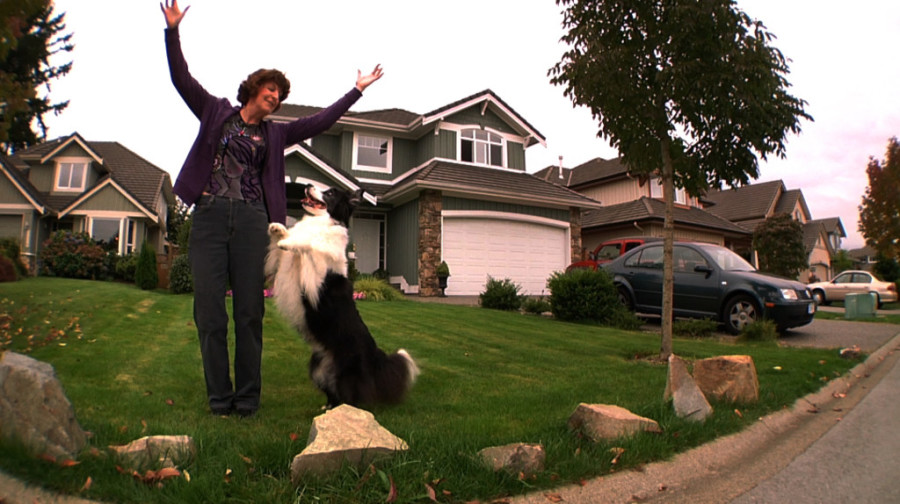 Gail and her dog Pepsi

The trailer almost seems like a Christopher Guest mockumentary, aka, Best in Show, but these people are 100% serious?

We’re big fans of Christopher Guest and his work, so that was definitely a huge inspiration going into the project, but I can assure you that the film is certainly not a mockumentary. The troupe put way too much effort and passion into dog dancing to even think for a moment that this documentary isn’t the real deal.

Despite how it may look, dog dancing is actually surprisingly difficult and takes a lot of dedication and perseverance. We had a lot of comparisons to Best In Show and Waiting For Guffman based on the trailer, which we certainly take as high praise, but the film really organically evolved into something completely different from those stories, and somewhat stranger than fiction.

This is really a made-in-B.C. story isn’t it?

Yup! The group is based out of Langley, and all of the filming took place in and around Langley, Whistler and the Lower Mainland. The group leader / trainer / theatre director Ray is actually originally from England though, and exported his dog training prowess from there all the way to Langley, where he started the world’s first dog dancing club. He’s a former figure skater, ballroom dancer, and one of the original founders of dog dancing. 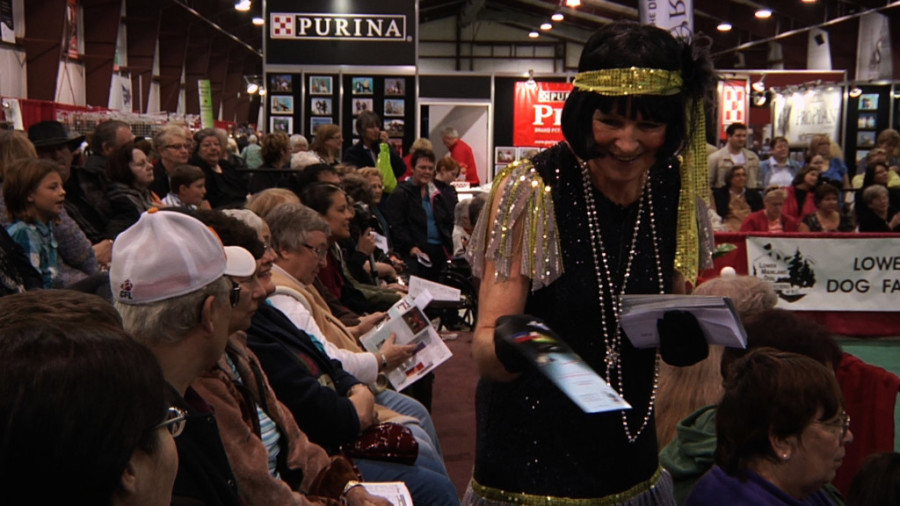 How did you get involved in the film?

We heard about dog dancing, and like anybody we were completely floored by the concept. So after some research we discovered that there was a club in Langley that just happened to be putting on a dog dancing competition a few weeks later. We showed up and did some shooting with the idea that we could possibly create a documentary on dog dancing competitions.

As it happened the competition was fairly anticlimactic and sparsely attended. We were a little disappointed, but this is when we met Ray. He told us about an idea he had for a spectacular musical, and as he talked about his grandiose plan for an epic battle between kite gods and dog gods in a musical format, we knew it was a story that had to be told.

The feedback has been great! We premiered the film earlier this year at The Thin Line Film Fest in Texas and people really loved it. One of the dog dancers Annette accompanied us to the festival and became a minor celebrity around town. The audience seemed dumbfounded that we had managed to capture such a crazy story, and there were a lot of questions about how the whole thing had even come about in the Q&A.

The films makes its Canadian debut this week in Vancouver. What’s next?

The Canadian premiere is this Thursday at The Rio Theatre at 6:30PM. We don’t have any additional Vancouver screenings in the works just yet but we are planning a festival run later this year, and hopefully a digital distribution campaign shortly thereafter.

We’re still working all of the angles and trying to find the best outlet for the film, but any interested Vancouverites should definitely come out to The Rio for a raucous night of dog dancing action! The dog dancers will be out in full effect and there will be a Q&A afterwards with ourselves and some of the main subjects from the film. Be sure to like our Facebook page for updates on Unleashed! and where you can see it next.