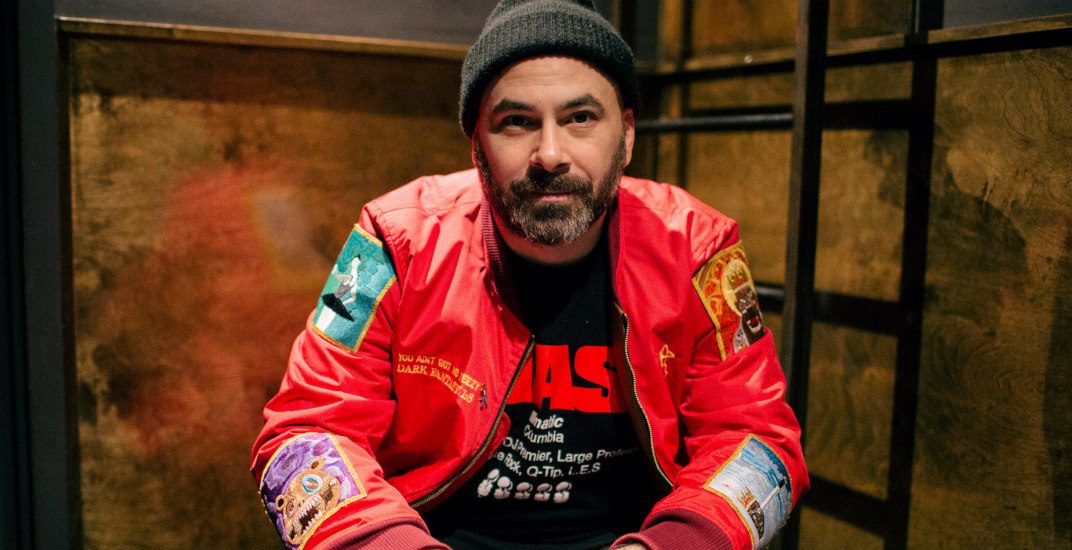 It’s almost New Year’s Eve and Vancouver is gearing up for one of the biggest celebrations yet.

For starters, Concord’s New Year’s Eve Vancouver party will be hosting the city’s only spectacular fireworks celebration, with an outdoor street party, and of course the only indoor New Year’s Eve party with fireworks.

After all, if you’re ringing in the New Year, you’re going to want to do it in style, right?

Vancouver’s renowned radio DJ Philip Cabrita, better known as DJ Flipout, will be playing a huge role in this year’s celebrations. Although he’s best known for his 100% live mixshow on 94.5 Virgin Radio, the artist has performed in cities around the world, from New York to Australia.

And this year he will be performing at the indoor party at Vancouver Convention Centre West Building (VCC West), as well as having his music composition played while the 9 pm Family Fireworks are illuminating the sky.

Daily Hive spoke with DJ Flipout ahead of this Sunday’s event to find out more.

“I am very looking forward to being a part of the New Year’s Eve Party! And I’m so
excited that I was asked to do the music for one of the firework displays,” DJ Flipout told Daily Hive.

The popular DJ noted that he’ll definitely be including a “lot of the big Top 40 hits” from this past year as featured on his 94.5 Virgin Radio mixshow.

He also feels that Concord’s party is definitely one that appeals to all in Vancouver.

“This party is all-inclusive and great for all crowds! Including, and most importantly,
families! Vancouver is a huge international city and it’s great to see we get to party
outdoors with multiple acts with the beauty of our mountains behind.”

And for 2018? He’s optimistic about what the year has in store for both his career and the music industry.

“I’m looking forward to continuing to bring the fun and excitement to any party that I
perform at! I’m also looking forward to all the new music that will be created next year.
Time’s are changing so quickly and it’s a very exciting time for music.”

DJ Flipout’s resolutions are to “continue to lead a healthy and positive lifestyle, and hopefully travel some more.”

You can see him performing at Concord’s NYE 2018 celebration. It’s set to be one of the largest events in the country with two outdoor stages, pop-up zones, food trucks, fireworks, and more. And since the 2017 event saw more than 100,000 attendees, you can expect big things this year!