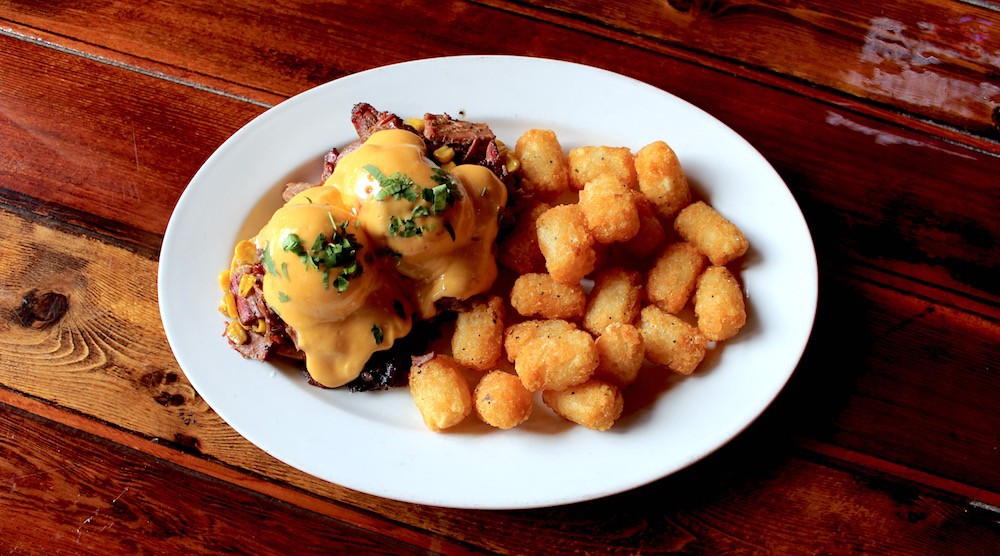 The glass front doors of Dixies BBQ on East Hastings are festooned with a saloon door design, and with good reason; there’s definitely a laid back saloon vibe at work inside the restaurant. 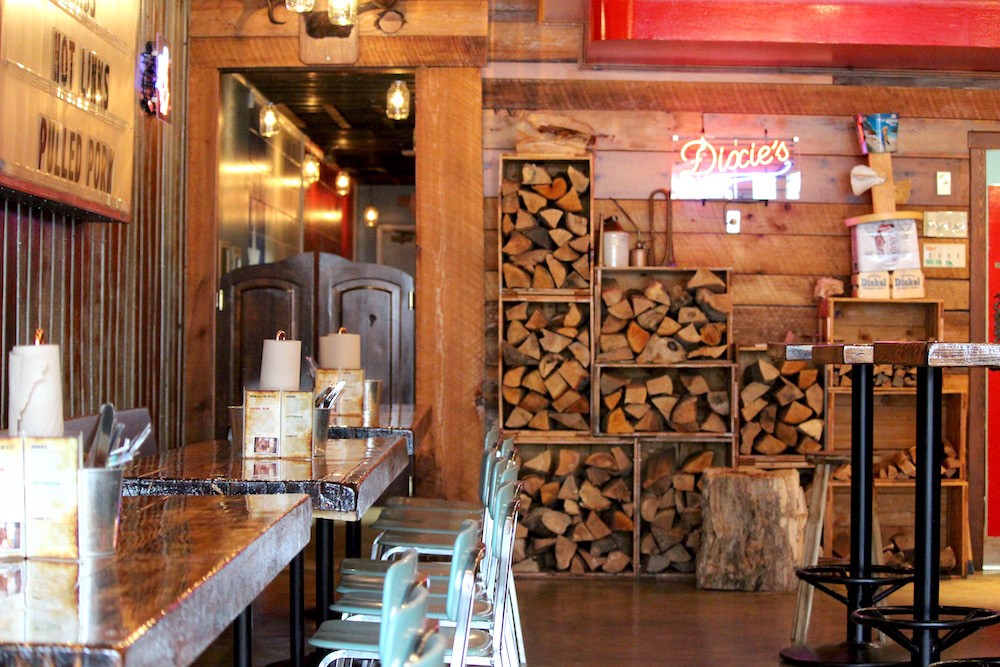 Fine, you won’t have to face off with a vengeful gunslinger and there are no obliging ladies for hire gathered ’round the piano–in fact, there is no piano–but it’s still got that dappled daylight sort of hideaway vibe, offering a quenching respite from the city streets.

With brunch available on Sundays only, Dixies BBQ is a great spot to belly up to the bar for a bit of the hair of the dog, a hearty plate of food, and some NFL football on the small screen. Hell, they’ll even spike your coffee; I heard the bar server mentioning the option to a few guests.

Much of Dixies’ brunch menu leans on the meats that came out of the smoker and were up for grabs the night before. Of course, if their ribs sell out, like they had the night before we were there, that means the biscuit-base Benny with rib meat will be 86ed–though if its toppings of slaw and pickled red onions appeal, you can swap those out on the other Bennies.

What is a surefire hit is their Brisket Biscuit Benny (say that one five times fast!), thanks to the crazy-tender morsels of brisket heaped onto biscuit halves, topped with sweet corn and poached eggs, and smothered in a smoky chipotle Hollandaise sauce. The biscuit, honestly, is a bit of an afterthought, and just a vehicle for the supple meat and the dish’s unapologetic big, badass flavours. Heaped on the side are crunchy, crispy tater tots. 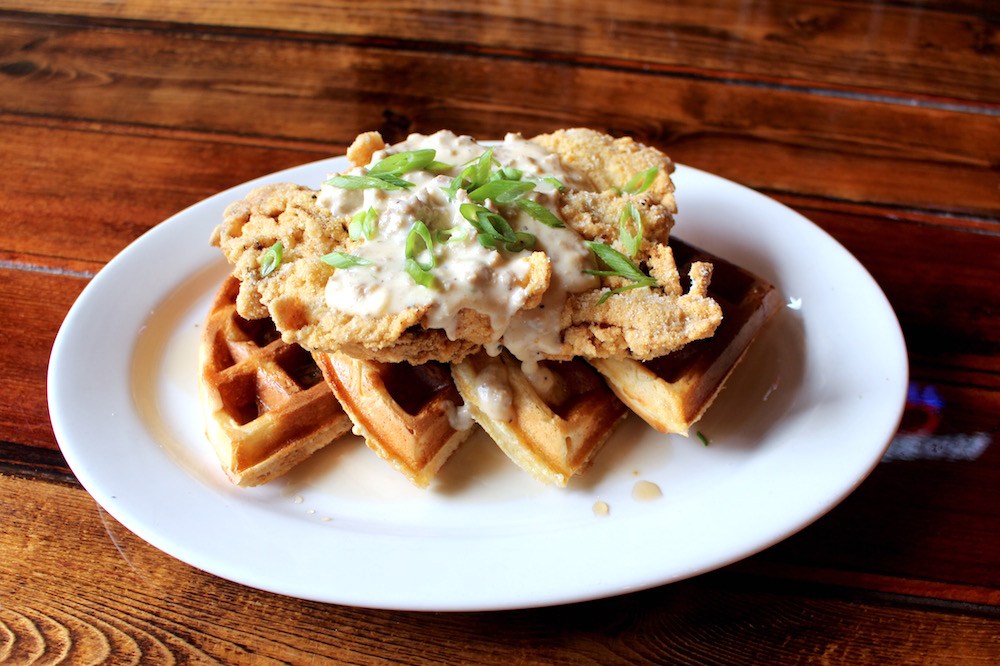 Another hit is their Buttermilk Fried Chicken & Waffles, which is a handsome feast that puts a little Dixies spike in the syrup courtesy one mister Jim Beam, which offers a sweet note to the dish. Rich country gravy blankets a generous portion of fried chicken stacked on a pillowy waffle.

The bottom half of the brunch menu is all about the libations, from the aforementioned spiked coffee to their set of  “restorative” “Fancy Dranks,” aka a house Caesar, a gin fizz, a beer and oj “ManMosa, and a classic Screwdriver. You can also order up spiked sweet tea, Southern Peach Punch, a Gringo Margarita (remember, Dixies BBQ comes from the crew behind Gringos in Gastown), or spiked lemonade. 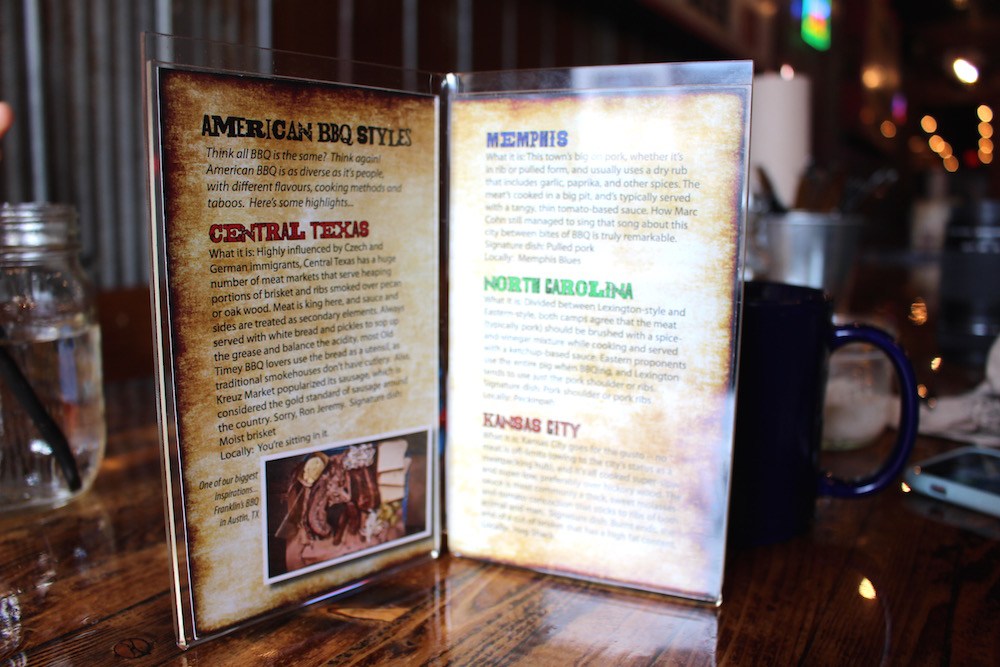 Dixies is serious about their BBQ (and, lest you wonder where the sauce is, a handy table card breaks down regional BBQ styles and where in Vancouver you’ll find them) and they’re doing a nice job bridging the best of what they do by night for a Sunday brunch that is as family-friendly as it is grown-up friendly (hello, dranks!).

Great for groups and/or a hangover cure, Dixies BBQ’s brunch is a fun option to kick start your Sunday.

Brunch at Dixies BBQ is served Sundays from 10 am to 2 pm. 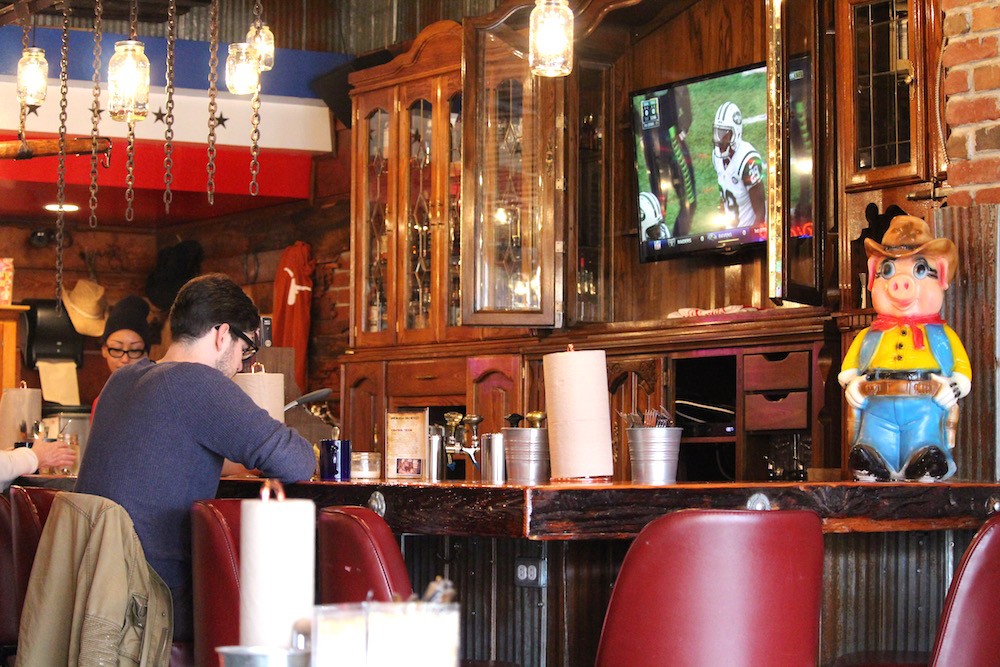 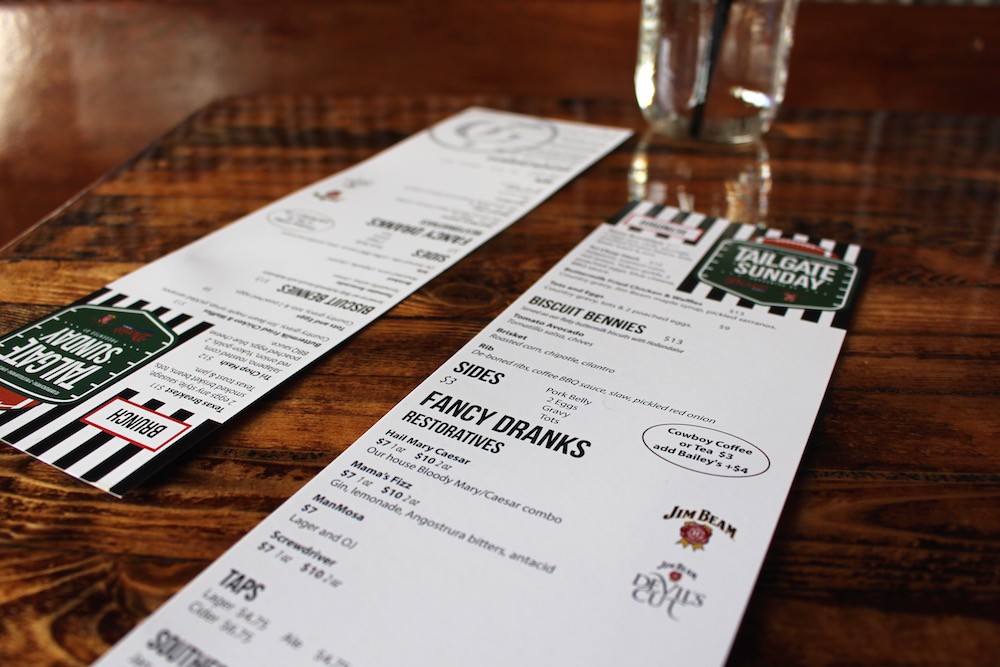