A recent study is pointing out some worrying statistics related to distracted driving.

An online survey, conducted by Desjardins, was done in March 2018 with 3,020 people across Canada.

The biggest discovery was that 8-in-10 respondents (79%) admitted to seeing other drivers use smartphones on a regular basis.

The majority of the blame remained on other drivers, however. Although there were a high number of observers in the survey, only 38% admitted to having driven while distracted. 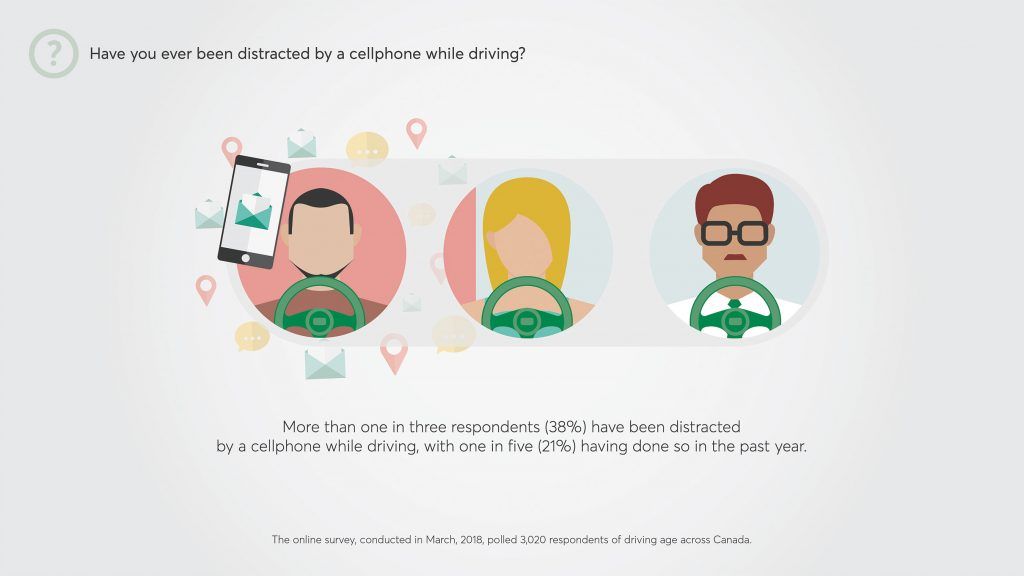 In addition, a lesser one-in-five would admit that they’ve used their phone while driving in the past 12 months.

Most of the time, according to the survey, it’s to use any number of GPS apps.

Reasons for distracted driving included using a GPS app via smartphone, focusing on passengers or children in the vehicle, toying with the vehicle’s entertainment system, or simply eating and drinking.

Looking at a younger age group, the use of smartphones while driving only increased. For drivers between the ages of 16 and 24, 11% admitted to driving while using their smartphone on a “regular basis” – double the national average.

When asked what the biggest consequences were of using a smartphone behind the wheel, most participants (55%) were concerned with the fines that come with it or the potential for higher insurance rates. 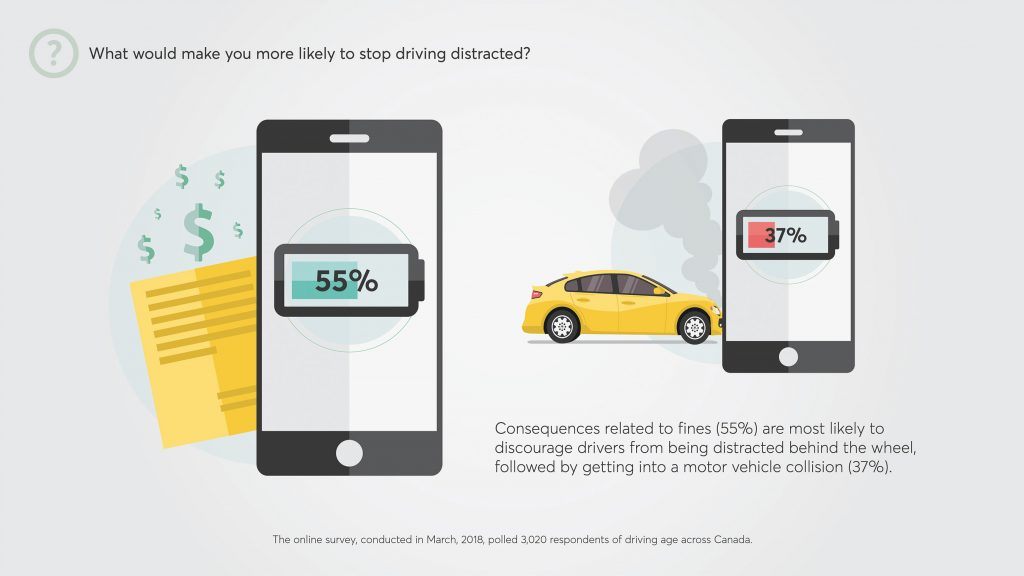 Yet even though “drivers fear the financial consequences of distracted driving,” two-in-three believe that current laws aren’t effective enough to stop it.

Furthermore, only 37% of drivers stated that “getting into a motor-vehicle collision would make them more likely to stop driving distracted.”

Robyn Robertson, President and CEO of the Traffic Injury Research Foundation, explained that even though there’s been a decline in “fatalities due to road crashes in the past decade,” deaths involving distracted driving have only increased.

“Distraction was a factor in one-in-four fatalities in 2015,” says Robertson.