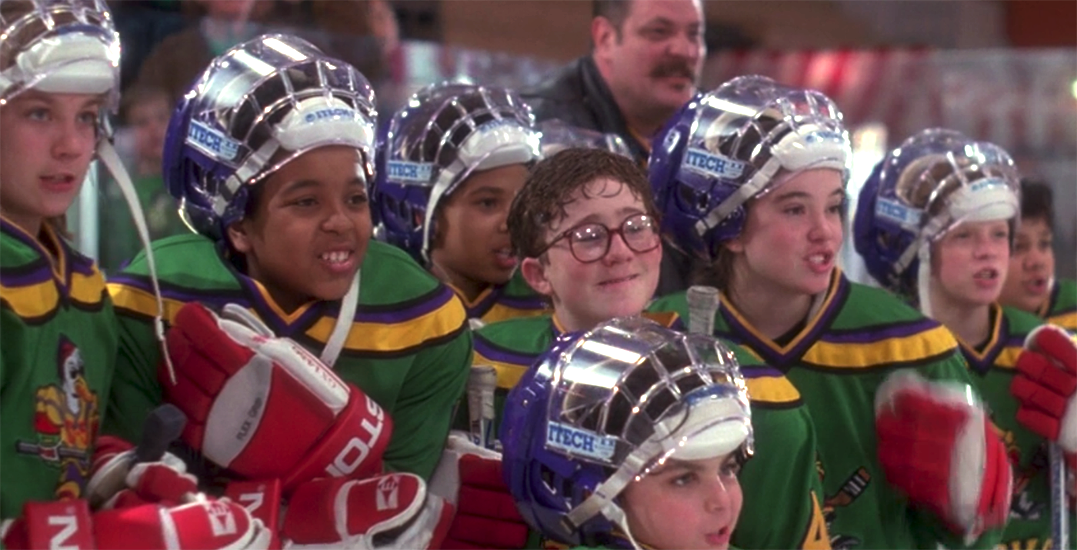 Keep your eyes open around Metro Vancouver, because in the coming weeks, you might just see a flying V.

According to What’s Filming, production for Disney Plus‘ The Mighty Ducks TV series begins this February. What’s more, is that filming has been confirmed to take place in British Columbia.

The reboot of the cult classic is scheduled to start filming on Tuesday, February 18, and continue for four months, until Thursday, June 11, 2020. There’s been no word on any specific locations in Metro Vancouver playing host to the television show’s production but, naturally, local ice rinks are a good bet.

Details regarding the plot and any notable actors are scarce as well, although multiple sources cite The Illuminerdi, a television and film outlet that says Emilio Estevez (who played coach Gordon Bombay in the original movies) will be taking a lead role.

“The series focuses on a 13-year-old boy who gets himself kicked off the junior division Mighty Ducks team,” writes The Illuminerdi. “He and his mom decide to start their own team, finding players, a coach, and a place to play.”

An official plot, cast, and release date have yet to be confirmed by Disney, however.

Either way, keep your eyes peeled — the quack attack is back.