Disgraced is a perfect example of why the world still needs theatre. As entertaining as it is thought-provoking, the Arts Club’s 52nd season debut will have you deeply contemplating what you’ve just experienced.

Disgraced introduces us to Amir Kapoor (Patrick Sabongui), a powerful New York lawyer moving up in the world with the love and support of his artist wife, Emily (Kyra Zagorsky). A Muslim-born Pakistani-American, Amir has turned his back on his religion to further his comfortable life. However, when his nephew Abe (Conor Wylie) comes looking for help for an imprisoned imam, Amir is forced to face his hidden heritage. 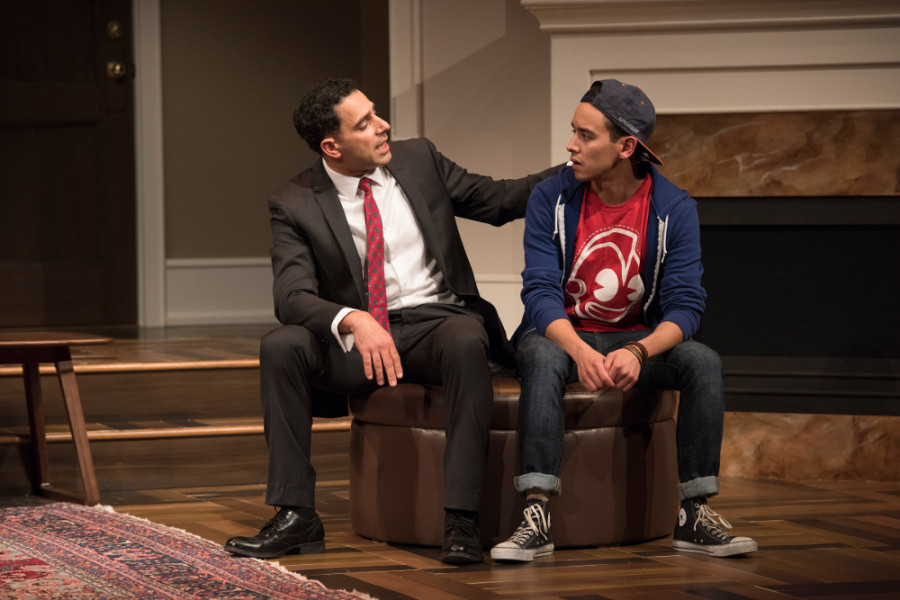 A spiralling series of events for the high-powered couple culminates in a revealing dinner party with Amir’s African-American co-worker, Jory (Marci T. House) and her Jewish art curator husband Isaac (Robert Moloney). Secrets are shared, friendships are broken, and moments happen that one can never take back.

Disgraced is filled with a delicious amount of tension, broken at times with raucous laughs from the Pulitzer Prize-winning script from Ayad Akhtar. Issues of race and religion clash with culture and family in this zippy 80-minute show. The story never stops moving towards its inevitable, powerful climax. 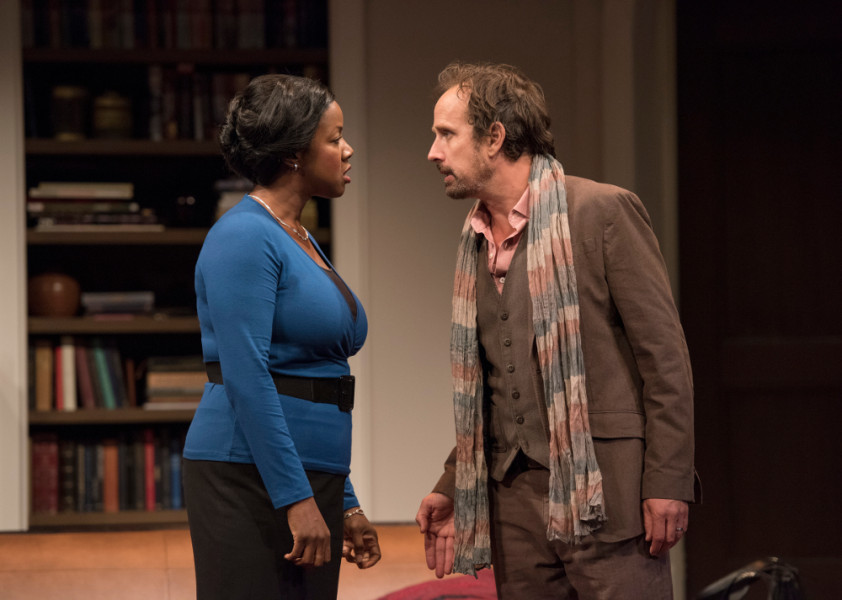 Sabongui and Zagorsky are superb in the lead roles of Amir and Emily, with excellent balance between arrogance and vulnerability as past deceits come back to haunt them. House, Moloney and Wylie are also excellent at raising the stakes in this politically-charged drama, allowing the audience to see the events from other perspectives. The supporting cast has some of the best lines of the show and deliver them for big laughs and sombre moments.

Direction by Janet Wright is nuanced, allowing the topical issues at the heart of Disgraced to drive the story. The set by Ted Roberts is another highlight, making the Stanley Industrial Alliance Stage feel like an inviting New York living room.

Disgraced is an excellent work of art. Peel back the layers and you just might find yourself revealing something about you.