After the recent departure of Edgar Wright, who left Marvel’s newest hero project “Ant-Man”, many have been speculating as to who will replace Wright in the directors chair.

The Hollywood Reporter revealed this morning that comedy directors Ruben Fleischer (Zombieland), Rawson Thurber (We’re the Millers), and Adam McKay (Anchorman) will all be meeting with Marvel Studios in next few days to help make their decision. Edgar had been attached to the film since 2006, long before the first Iron Man film even was put onto the big screen but due to creative differences, Edgar Wright and Marvel chose to part ways. 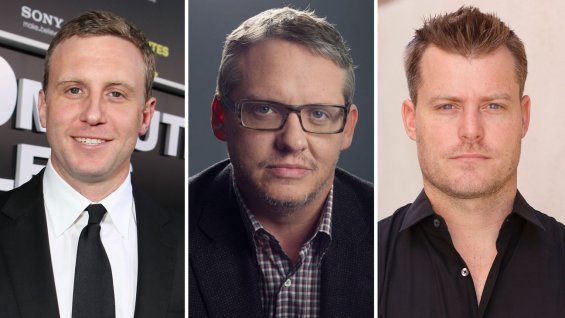 Personally, I would go with Ruben Fleischer. I loved Zombieland and his mixture of comedy and action would suit a superhero film very well. Paul Rudd will star as the films lead as “Hank Pym/Ant Man”. Paul has worked with Adam Mckay a number of times in the Anchorman films, could that help his chances?

Here is a sneak peak of some test footage that was shown at the San-Diego Comic Con back in 2012 to give you a sense of where the film was going under Edgar Wright’s Direction.

Who would you chose out of these three directors? Comment below!