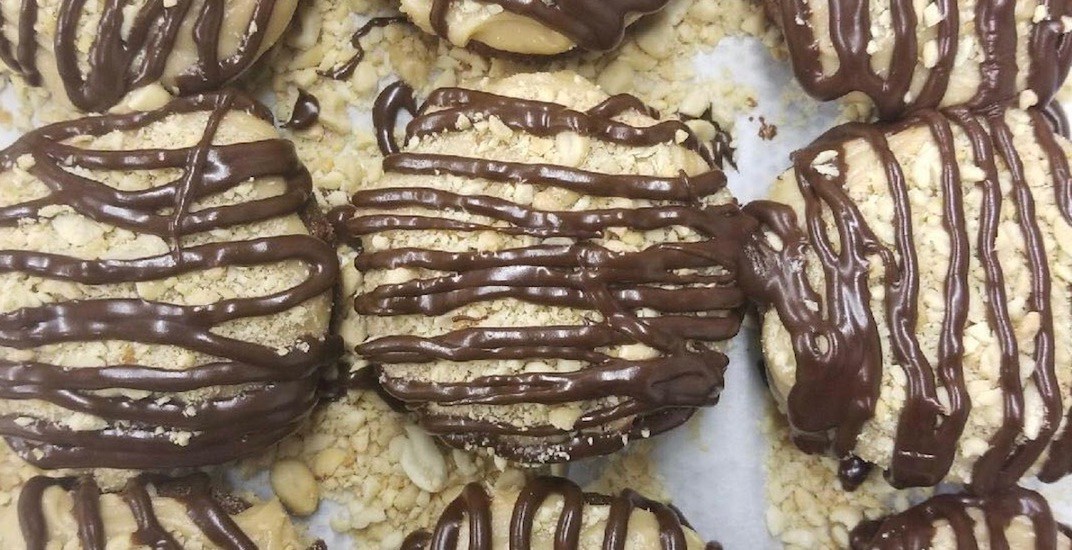 While we’ve been ordering dinner to our doorstep for a while now, we haven’t exactly been doing the same with dessert.

We can feel the sugar rush already.

Founders Janine Felst and Allie Betts reside in New Westminster and Langley, and when they hadn’t been able to find any exclusively vegan doughnut shops in Metro Van, they decided to do something about it.

Fast forward four months from that decision, and the duo now have 12 different flavours of completely vegan doughnuts, which they make in a commissary kitchen on Industry Avenue.

The girls deliver their creations anywhere from Abbotsford to North Vancouver, and they also do events and weddings. You can catch the Dipped Doughnut Co at various markets around Metro Vancouver too; they’ve already appeared at Fridays on Front and the Night Market in New West.

For straight-up orders to your door, you can request a half dozen ($19) or a dozen ($37) with minimum 24 hours notice. Delivery fees range anywhere from $3 (for Vancouver and immediate area) to $10 depending on where you’re located.

For orders you can contact Dipped Doughnut Co via email at [email protected] – and then patiently await your handcrafted treats.

We’ve seen a serious uptick in vegan treats this summer with the opening of a whole slew of vegan ice cream shops and offerings – now it’s time for the vegan doughnut to shine.