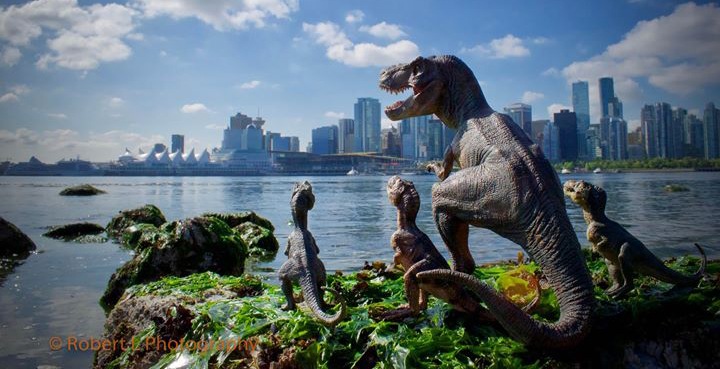 A local hobby photographer and sci-fi fan is taking Vancouver back to the era when dinosaurs roamed the Earth – and it looks pretty amazing to us.

For the past year, Robert Legere has been shooting images of beautiful British Columbia with one rather large addition – carefully posed dinosaur models.

Legere told Daily Hive he wanted to create a realistic snapshot of an “amazing” period in Earth’s history, and have some fun with modern day scenes too.

“Personally I am more drawn to the Sauropods, the long neck ones – the largest creatures to ever walk the Earth!” he said.

“I enjoy attempting to show that something so immensely large can still be perceived as gentle and majestic.” 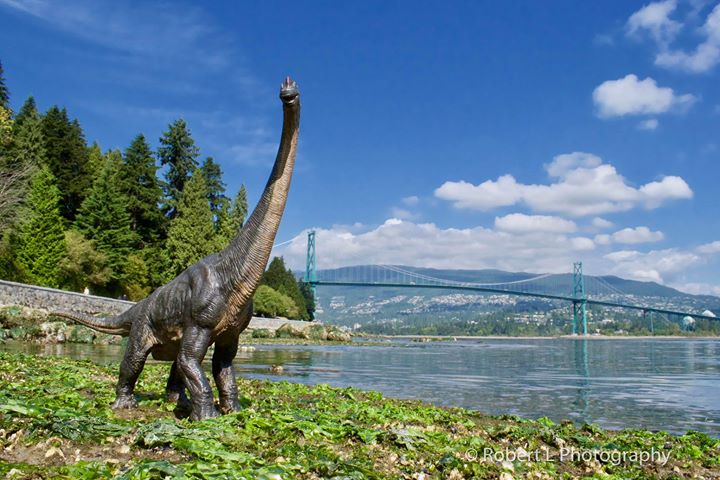 And while most people prefer the Tyrannosaurus Rex, he says, he tries to show a softer, more parental side to everyone’s favourite monster movie dinosaur. 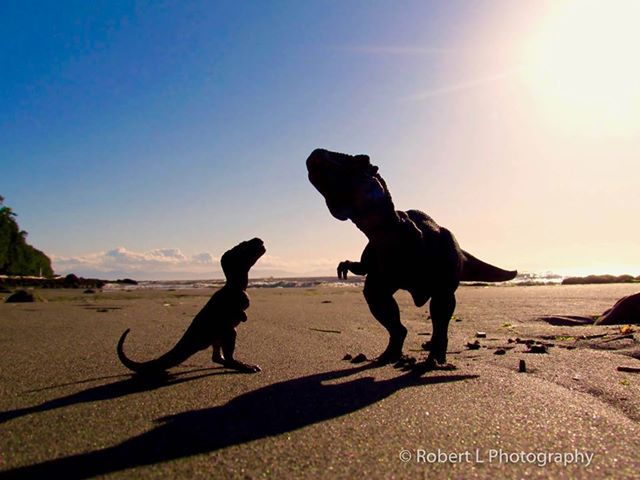 Tyrannosaurus Rex on the beach in Vancouver (Robert L Photography) 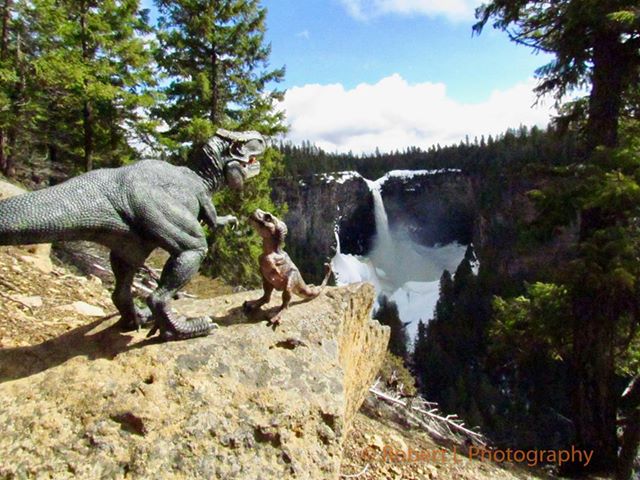 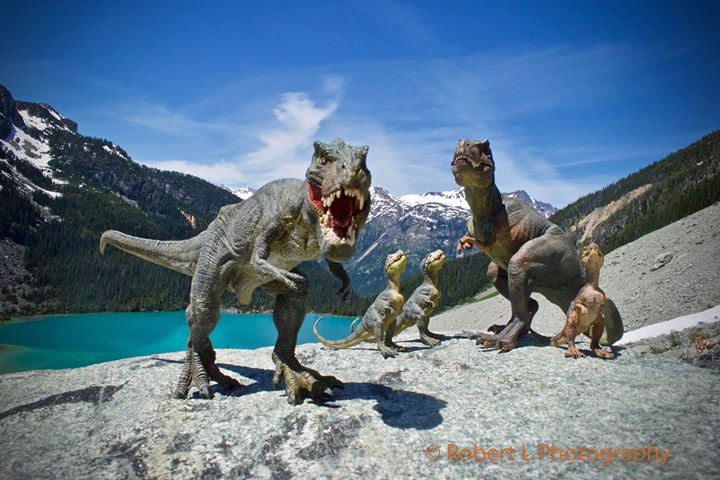 Legere says he’s always enjoyed nature, although he thinks most people consider dinosaurs to be sci-fi, as they seem almost too incredible.

“By using actual real life models in actual environments the outcome can be intriguing,” said Legere.

“The way the models interact with their environment… with the sunlight and shadows all working together, rather than simply photoshopping.” 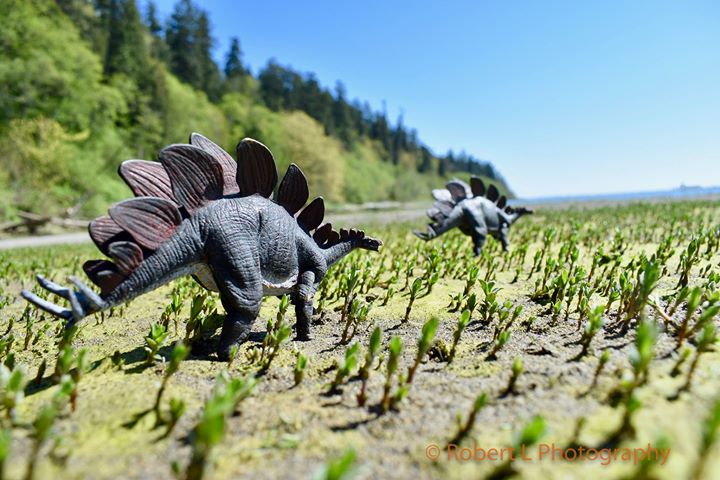 Legere said he sources his dinosaur models from “everywhere and anywhere,” but he often has to repaint them himself because they’re too “flashy.”

“We do not really know the collations and patterns of how dinosaurs really looked,” said Legere. “The models are often created as … too intense to give the realistic result I’m looking for.” 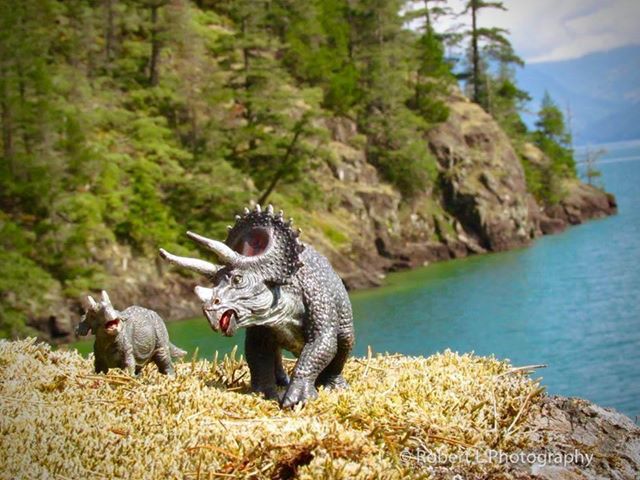 Triceratops take a stroll in BC (Robert L Photography) 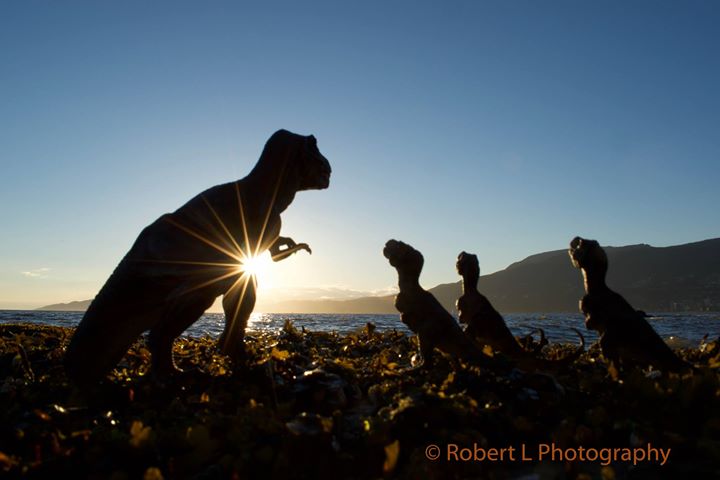 A family of Tyrannosaurus Rex in Vancouver (Robert L Photography)

Legere’s dinosaur photos are all available to buy online, as well as his many images of bird life and the natural world.

In the end, he said, he hopes his dinosaur photos trigger respect and appreciation for an “incredible” period in Earth’s history.

“But ultimately just to make someone smile and remember to not take life too seriously is also good!” Legere added.

“Most people consider dinosaurs only for kids, for some reason. But I am here to say, ‘It’s OK for adults to like them too! Never be ashamed.'”

Sounds good to us! Jurassic Stanley Park anyone? 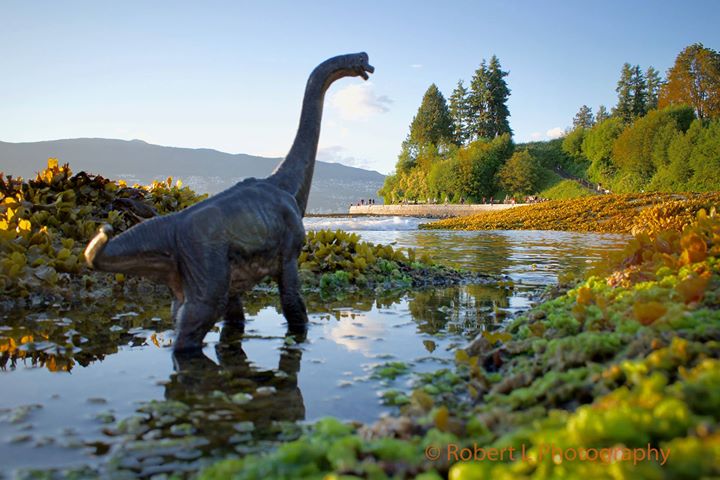