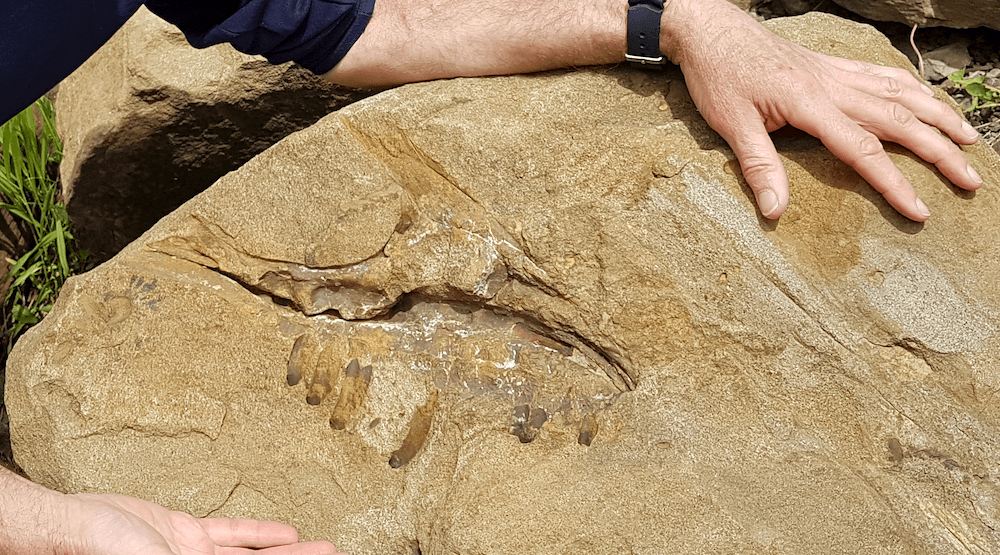 While camping near Tumbler Ridge in northeastern BC last weekend, a retired chiropractor from Vancouver Island found what experts are calling “an important find” for the province.

That important find was a skull – believed to be 74 million years old – of a tyrannosaur.

And while there have been “many” tyrannosaur teeth found in the area as far back as 2004, this is the first time the skull of a therapod (a classification of dinosaur which tyranosaur falls under) has been found in BC, said Dr. Richard McCrea, the director and curator of the Peace Region Palaeontology Research Centre.

McCrea told Daily Hive the area in which skull was found is from a formation where excavations were conducted on the first hadrosaur (duck-billed) dinosaur found in BC. It’s also where three trackways of tyrannosaurs were found back in 2011.

He also clarified the skull was not that of a Tyrannosurus Rex.

What was found, McCrea said, “was identified informally as ‘tyrannosaur’ or ‘tyrannosaurid.'”

This, he said, is similar to how people use the word ‘deer’  to generically describe a group that includes white-tail deer, mule deer, and moose, “without being too specific.”

The bone that was found is one that is “diagnostic” for dinosaurs, McCrea furthered.

Essentially, this will “make it possible for us to determine which tyrannosaur genus and possibly species that this skull belongs to.”

The discovery also extends “the known geographic range of tyrannosaurs in Canada and will also add important data to tyrannosaur systematics.”

The bone is one of the maxillary bones – with at least a dozen teeth in place – and while most of it has eroded, he said, what remains is a “very detailed mould in the sandstone that also includes submillimetre features such as tooth serrations.” 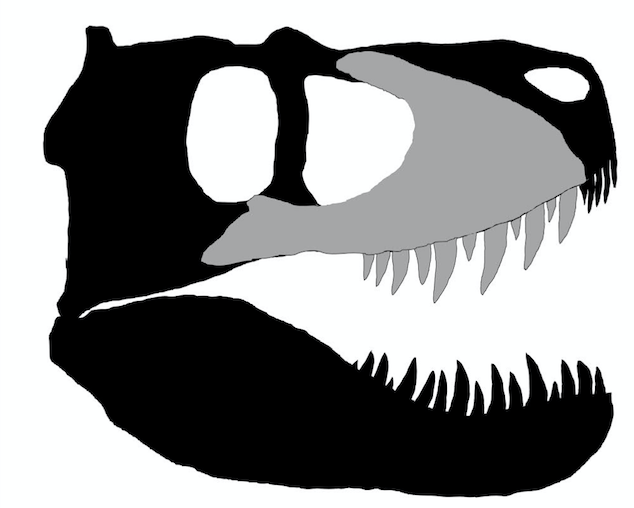 A drawing of the dinosaur skull found in northeastern BC. The grey part is that which was uncovered. (Dr. Richard T. McCrea / Peace Region Palaeontology Research Centre)

The next step will likely be to make a silicone mould of the skull, which would help create a more true-to-life idea of what the skull looked like before it eroded.

In the meantime, McCrea said there is a “very minute chance that we will find any more of this specimen, but perhaps we might find other things of interest.”

And, if nothing else, locality and stratigraphic data will be gathered to “help fill out the specimen’s provenance.”