I was so happy that my first-ever opera wasn’t a tragedy. It would have been brilliant, no doubt, but it would have been more of a downer than I wanted on a Saturday night. After all, Saturday night is party night. And the opening night performance of Vancouver Opera’s production of Die Fledermaus was quite the party, complete with ball gowns to die for, the beautiful music of Johann Strauss Jr., fantastic dancing, and a healthy dose of duplicity, false identities and comedic twists and turns.

Here’s the story in a nutshell: Gabriel von Eisenstein (Roger Honeywell) is about to go to prison. His wife, Rosalinde (Joyce El-Khoury), is being pursued by her former lover Alfred (David Pomeroy). 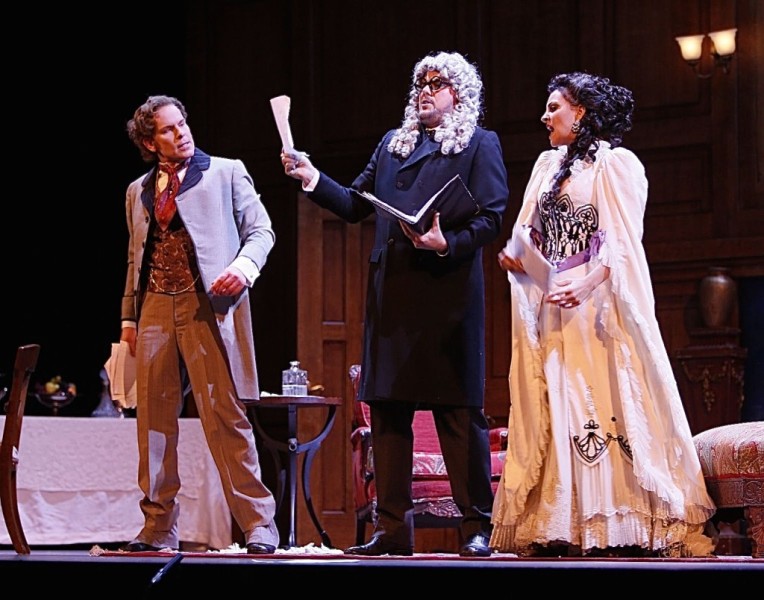 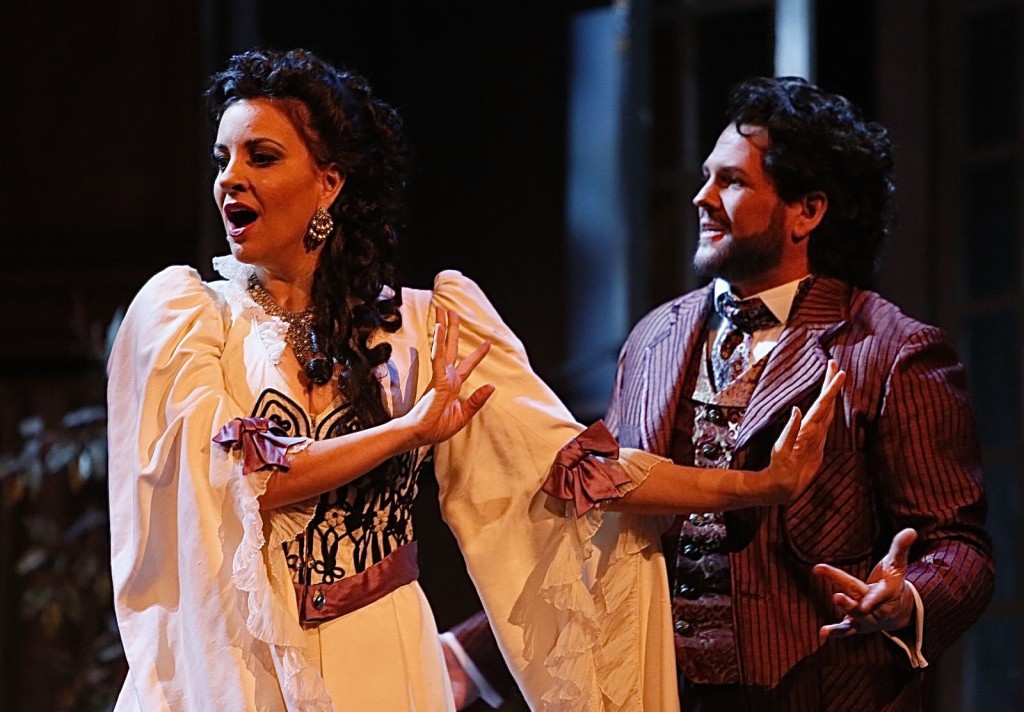 Meanwhile, housemaid Adele (Suzanne Rigden) is whining and begging for a night off so she can attend a lavish ball hosted by the wealthy and permanently bored Prince Orlovsky (Julie Boulianne).

It turns out that almost everyone attends the ball, although things are definitely not as they seem. Eisenstein’s friend, Dr. Falke (Hugh Russell) spirits him away to the party in disguise as the dapper Marquis Renard, promising to deliver him to jail in the morning. Dressed in one of Rosalinde’s expensive gowns, Adele becomes Olga, an aspiring actress and the unwitting star of Dr. Falke’s play, The Revenge of the Bat. Poor Alfred is mistaken for Eisenstein by the warden and spends his night in prison. And Rosalinde, furious at her husband’s lies and infidelty, arrives as a mysterious and masked Hungarian Countess, and proceeds to captivate and trap the lusty but clueless Eisenstein by stealing his pocket watch. 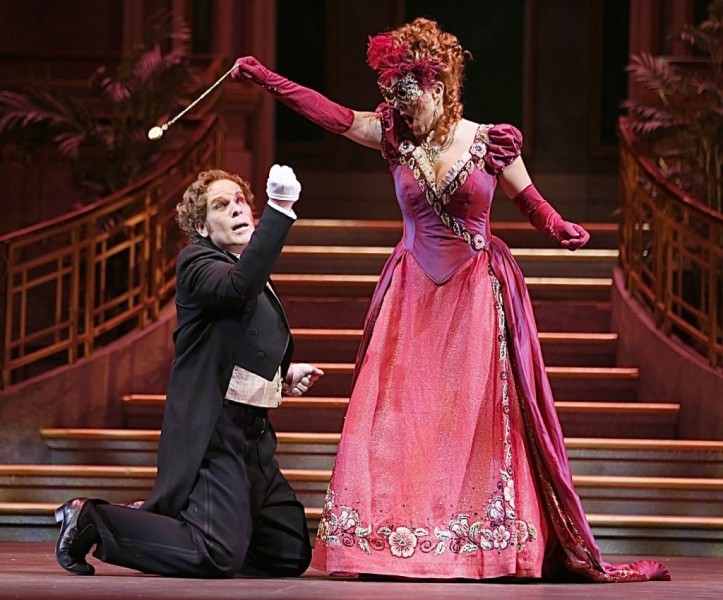 I won’t be the spoiler here. I’ll just say that everyone ends up at the jail, confessions are made, true identities are revealed and everyone blames all their many sins on champagne. It’s a funny, smart romp that flew by even though the evening was three and a half hours long.

I really appreciated the English dialogue interspersed between the German songs – it made my introduction to opera really painless! I loved the lavish settings, the gorgeous costumes (I could have imagined myself in a dozen of the gowns), And of course, the Strauss waltzes that took me back to my own trip to Vienna three years ago, where I actually visited the famed Vienna Opera House. I was pleasantly surprised by the guest appearance of William B. Davis, the iconic Cigarette Smoking Man of X-Files fame, the first of many guests who will join the ensemble over the next there performances. And, of course, the entire audience was thrilled at the over-the-top cameo appearance of our own Christopher Gaze as the ever-tipsy, disheveled Frosch the jailer, who was, not surprisingly, perfect. 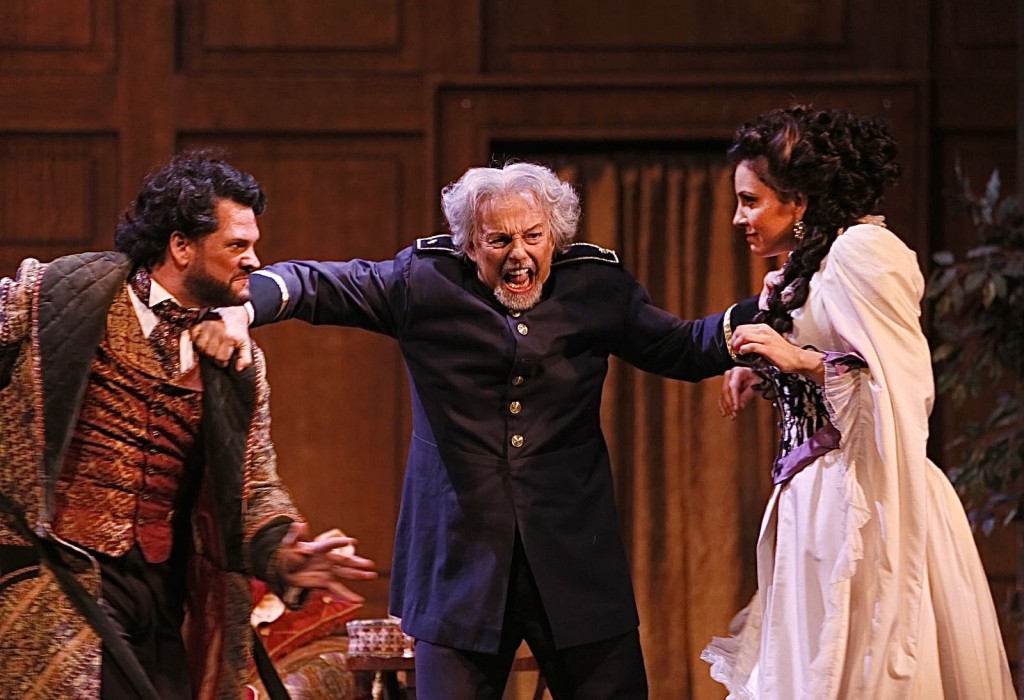 The only disappointment for me on this night was Prince Orlovsky’s performance – the singing was bang-on, but the accent was so thick it was almost impossible for anyone to understand a word. It was a common topic of conversation among the people who sat in my section.

My outstanding pick of the night has to be Suzanne Rigden’s Adele, who was not only a fine singer, but flirtatious and very funny with a great sense of comedic timing. She stole the stage. 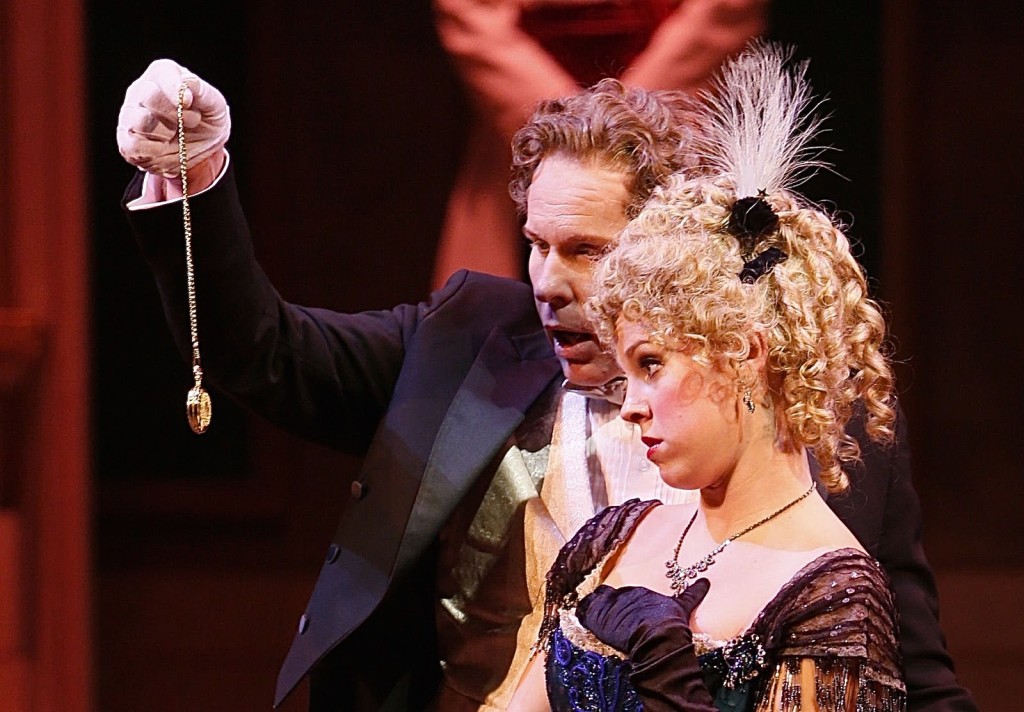