A team of models wearing head-to-toe sheer attire confidently hits the streets of Vancouver today as a live fashion event from the loved and lauded lingerie retailer, Dianes Lingerie. 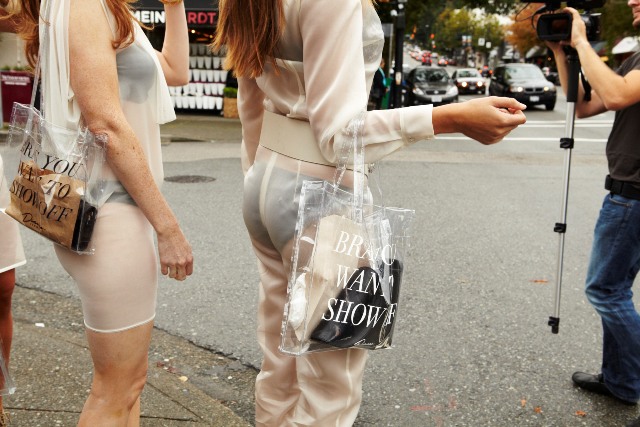 Entitled “Bras You Want To Show Off,” the live exhibit is an original collaboration between Dianes Lingerie and renowned Vancouver fashion designer Jason Matlo. “Because a perfectly fit bra from Dianes makes a woman feel so confident, she’ll want to show it off, Jason Matlo created a unique fashion exhibit for Dianes that does just that,” explained Diane Thomson, Dianes Lingerie Owner and Founder. 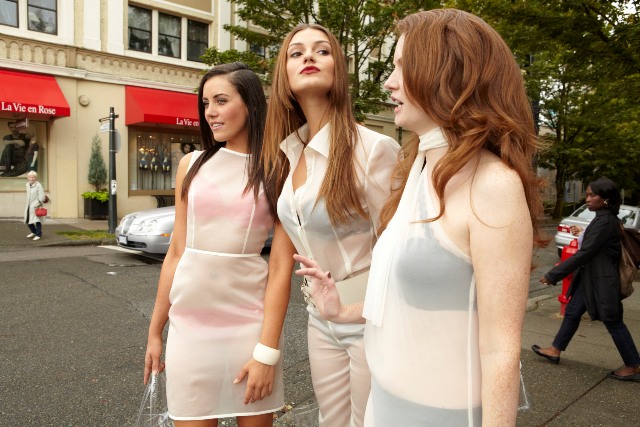 For the risqué event, Matlo created seven one-of-a-kind see-through ensembles for the team of models, which they proudly wore over their Dianes lingerie. Celebrating female confidence, the models strutted though downtown Vancouver and handed out Dianes Lingerie gifts to the public — $40 off a Dianes bra and a complimentary Dianes bra fitting. The live fashion exhibit will be on the streets of Vancouver on Friday, September 23 from 12:30 until 6:30, and again on Saturday, October 1, from 10:30 until 6:30. The general public are encouraged to interact with the models to receive their own $40 discount card. Following the campaign, the original Jason Matlo designs will be proudly donated by Dianes Lingerie to the Canadian Breast Cancer Foundation’s BC/Yukon Region, to assist with their fundraising events and auctions. 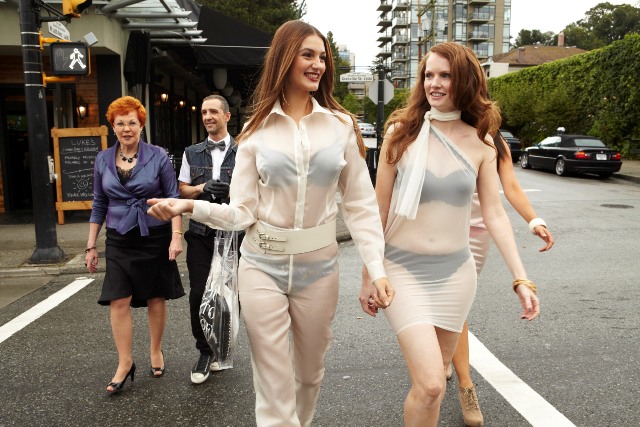