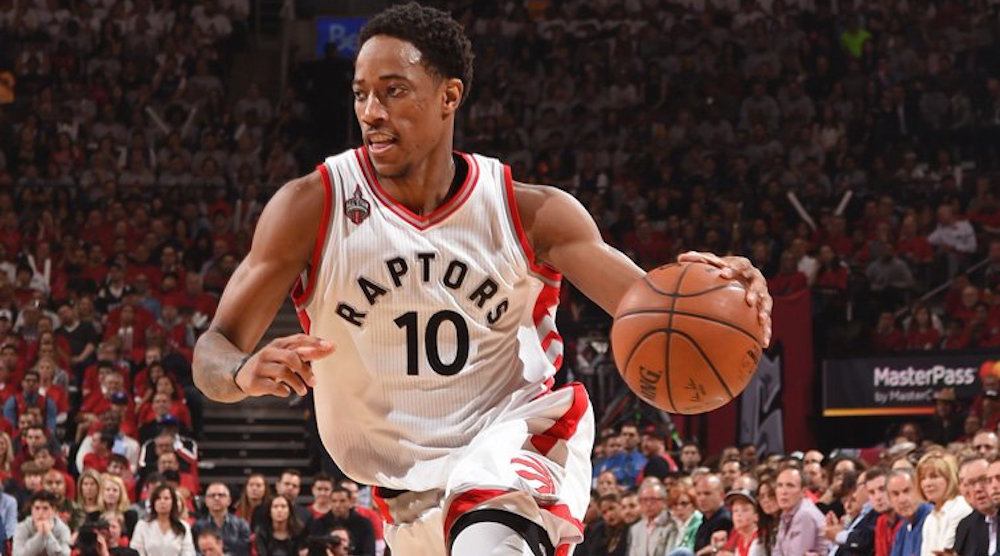 Regardless of how the Toronto Raptors perform as a team during their current six-game road trip, one significant franchise record will be broken while the team spends their holiday season on the west coast.

Barring major injury, DeMar DeRozan will pass Chris Bosh’s mark of 10,275 points to become the Raptors all-time leading scorer. DeRozan could pass Bosh as early as Monday night in Portland, as he sits just 34 points back.

The road to the top of the Raptors Mount Rushmore has been a quiet and steady one for the ninth overall pick in the 2009 NBA Draft out of USC. While his career didn’t start with a Rookie of the Year Award and have the flash like Vince Carter, with last year’s run to the Conference Finals, DeRozan now has the resume to be considered the greatest Raptor of all-time.

What makes the 27-year-old native of Compton, California’s accomplishments as a Toronto Raptor even better for fans of the team is that DeRozan has embraced Toronto, and unlike the aforementioned Carter and Bosh, DeMar chose to stay in the city when he reached free agency.

In an era in the NBA where efficiency statistics matter more than ever and where star players look to increase their net worth, trophy case, and personal brand by becoming free agent mercenaries, DeRozan’s loyalty to the Raptors while steadily improving his game and the team around him, is a breath of fresh air in the world of professional sports.