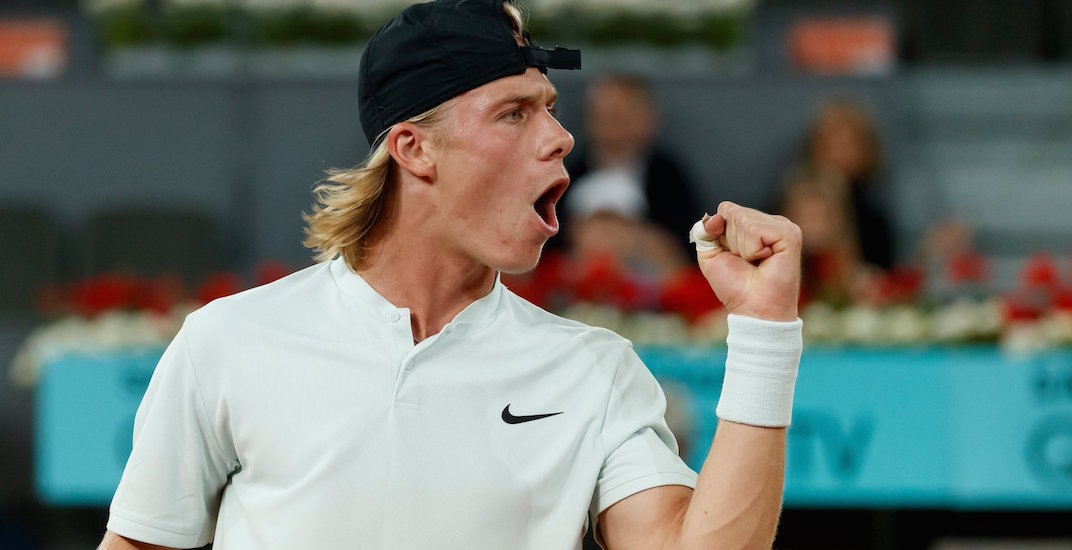 What a wild 12 months for Denis Shapovalov.

A young player with a bright future, the Canadian tennis pro was preparing for his first-ever Grand Slam tournament this time last year. He was ranked 186th in the world.

Today, as Shapovalov prepares for his second trip to Roland Garros, the 19-year-old will enter the tournament as a seeded player.

The latest ATP rankings have Shapovalov ranked 29th, up from 43rd, for a new career-high.

What this means:
➡️ Seeded at @rolandgarros in two weeks, increasing his odds of a better draw
➡️ Guaranteed direct entry into any Grand Slam and ATP 500/1000 main draw, including @rogerscup
➡️ No. 22 in race to Nitto ATP Finals and No. 3 in race to @nextgenfinals

In 2018, the six-foot leftie is taking aim at becoming Canada’s best tennis player, and he’s well on his way. Shapovalov defeated fellow countryman Milos Raonic at the Madrid Open in the first-ever meeting between the two last week. He also knocked off world No. 19 Kyle Edmund in Spain, before falling to third-ranked Alexander Zverev in the semi-final.

This return from Shapovalov is just… I mean… backhand winner off a 140 Raonic serve???

At 29th spot, the young man is closing in on Raonic (No. 22 in the world) for the title of best tennis player in Canada. That’s a spot that Raonic has held for 7+ years.

Shapovalov first gained widespread attention in Canada after his breakout performance at the Rogers Cup in Montreal, when he defeated Rafael Nadal en route to a semi-finals appearance. He followed that up by making it to the Round of 16 at the US Open one month later, upsetting Jo-Wilfred Tsonga on the way.

He nearly defeated Tsonga again at the Australian Open in January, losing in a five-set thriller that he should have won. It was during that same tournament that ESPN’s John McEnroe called Shapovalov “the future of our sport,” adding that he believes the youngster will become a top-five player by the time he’s 20.

As a seeded player, Shapovalov should get a more favourable draw at the French Open, that begins next week.