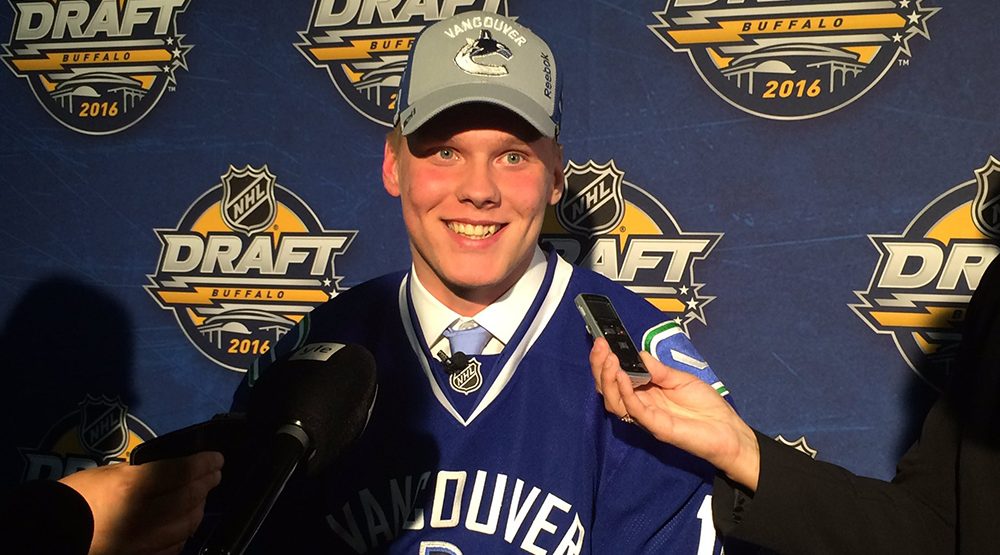 Three of the Vancouver Canucks’ brightest young prospects will be on hand for Development Camp, taking place July 4-7 at Shawnigan Lake School on Vancouver Island next week.

The four-day camp will include a practice each morning, as well as an evening scrimmage on July 7. 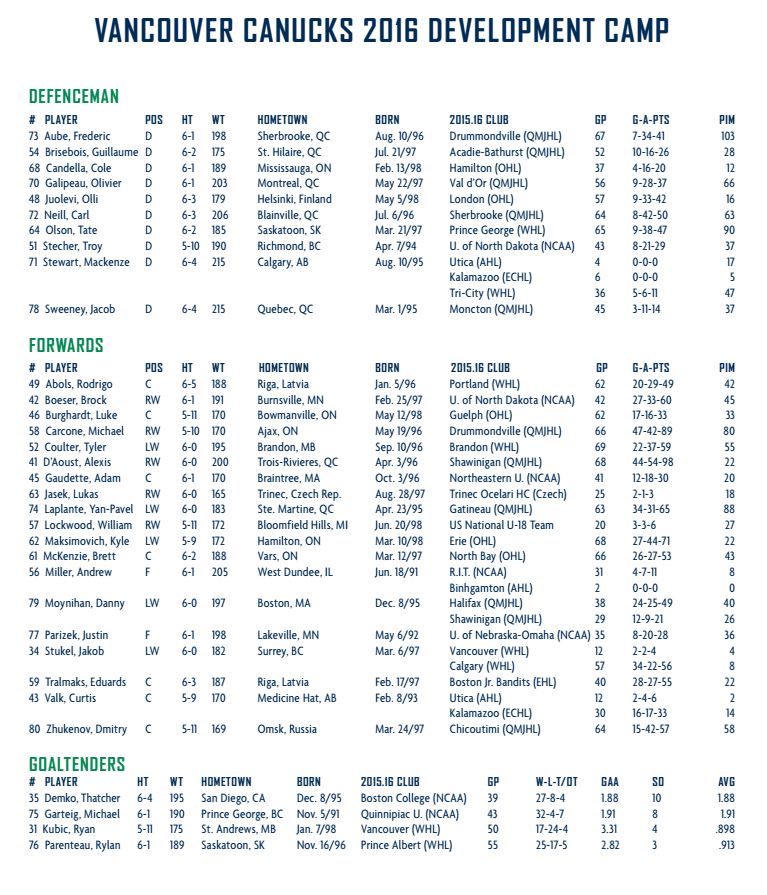 It will be interesting to see how all the players selected in this year’s draft stack up, as well some of the players that took a leap forward since attending last year’s camp.

Defenceman Guillaume Brisebois, last year’s third round pick, was selected for Team Canada’s World Junior camp this year. You might also remember him as the player the Canucks got in exchange for Eddie Lack.

Carl Neill (50 points in 64 games) and Tate Olson (47 points in 65 games) are a pair of defencemen picked in the later rounds of the 2015 Draft that had huge years offensively.

Centre Adam Gaudette, a 5th round pick last season, will always be remembered for this video:

Congrats on @Hockey_Gaud on getting drafted by the Vancouver Canucks pic.twitter.com/ZNZppJjuau

Russian prospect Dmitry Zhukenov is someone to keep tabs on. The 19-year-old centre looked more like he was 14 last summer, but put up 57 points (15-42-57) in 64 games in his first year in the QMJHL.

It’ll be interesting to see how 22-year-old defenceman Troy Stecher looks. Stecher was a free agent signing this year after winning a national championship with the University of North Dakota.

After Development Camp is a summer of training before these prospects head to Young Stars in Penticton this September.