Lovato, Valderama and their dog Buddy took in the sights of the city while wearing matching hats. Holding a map, they toured Vancouver for hours, checking out Valderama’s new home for the next six months. 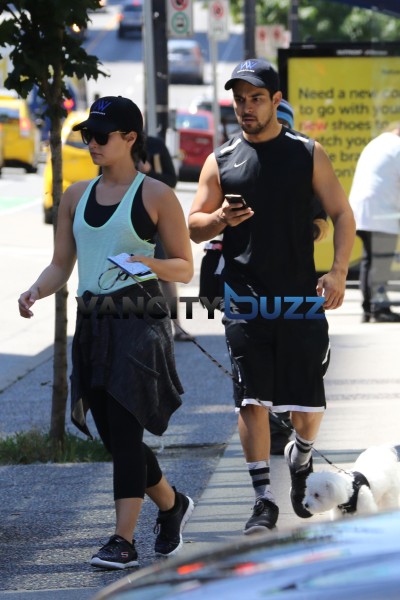 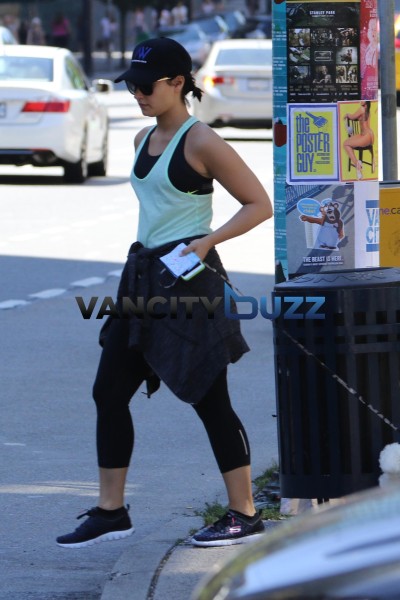 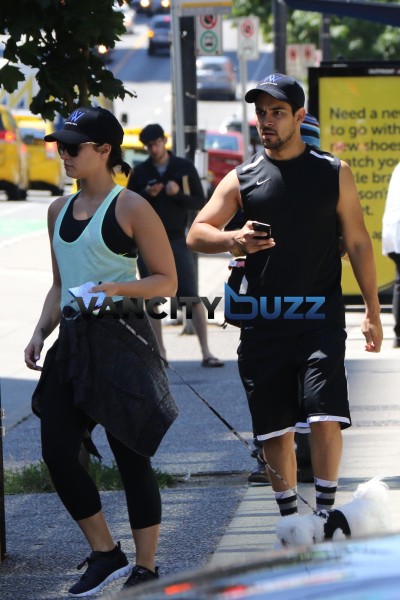 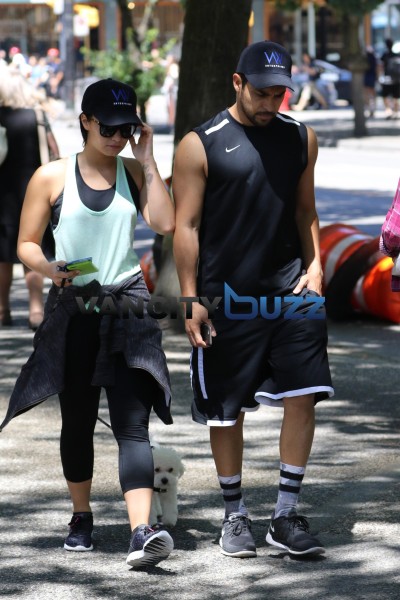 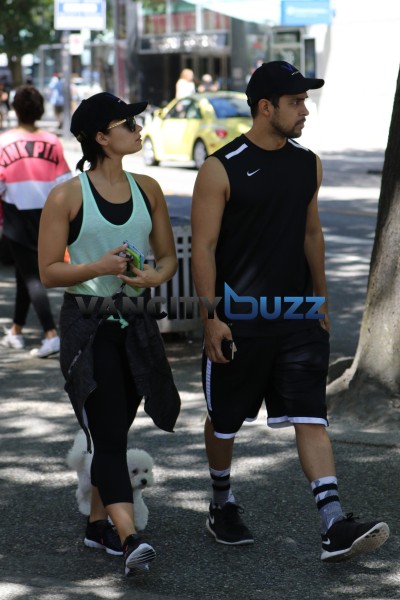 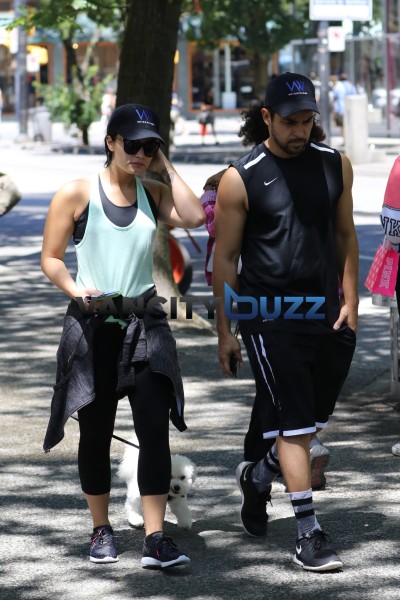