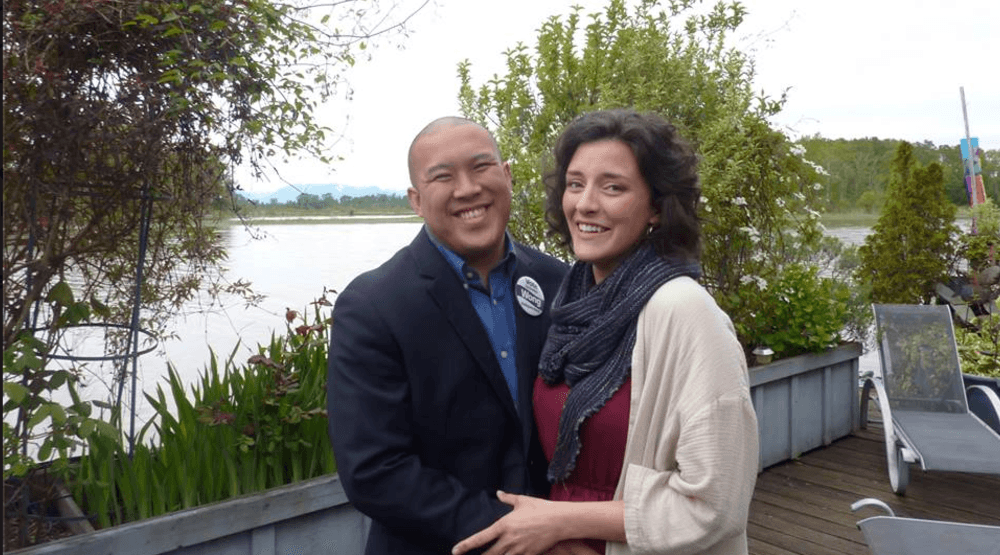 He didn’t win his riding but it was still an amazing night for Delta South independent candidate Nicholas Wong.

The 26-year-old got down on one knee and proposed to his girlfriend Lindsey, and she said ‘yes.’

“I knew I was going to do it from the time the campaign started pretty much. She was absolutely the best partner through it all I could have ever hoped for. She was supportive and she was one of the best assets I had on my campaign,” Wong told Daily Hive.

Wong proposed to her before the campaign party and then headed over to the election night festivities.

With 26% of the vote, Wong came second in his riding, losing out to Liberal candidate Ian Paton.

Despite the second-place finish, Wong is proud of his effort.

“The support of the community has been unbelievable. I think that there is a real hunger for independent representation here in British Columbia, just to give us a viable third option to the two-party system I know we have been having,” he said. “We did the very best we could.”

For Wong, the night still ended on a high note and he is looking forward to spending the rest of his life with Lindsey.

“It’s going to be a small wedding,” said Wong. “ And we are probably going to invite most of the people that were helping out on the campaign.”