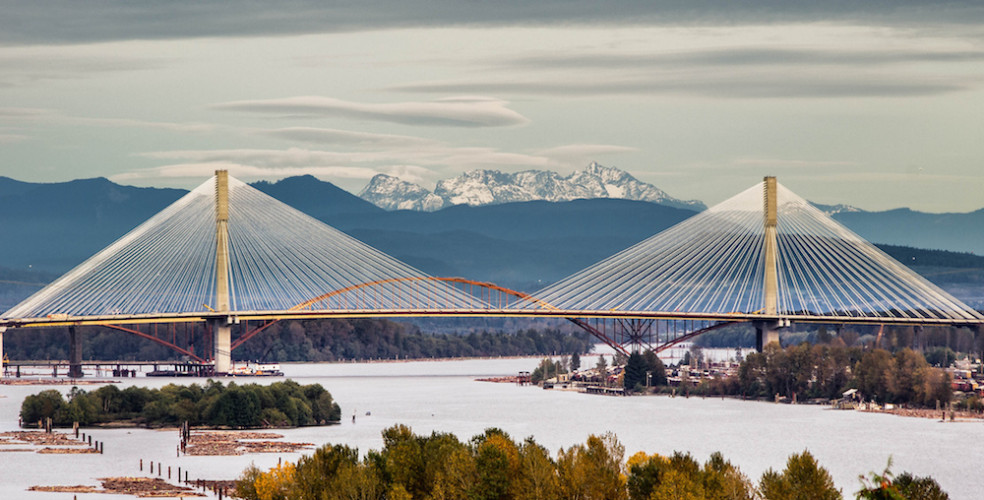 Another South of Fraser municipality has presented a case for tolling all bridges in the Metro Vancouver region in an effort to make road tolls more equitable.

In a released statement, Delta wants a flat $1.00 toll introduced to every crossing, which would replace the existing policy of only tolling new bridges to recover the costs of construction. By comparison, it would be lower than the existing tolls for regular vehicles on the Port Mann Bridge and Golden Ears Bridge begin at $3.15 and $3.10, respectively, and at such relatively low levels a detrimental impact on the economy is not expected.

“This price drop is not insignificant and could greatly impact Metro Vancouver residents’ accessibility to neighbouring communities without being a large financial burden,” reads the statement.

Under this plan, all 12 bridges and tunnels that cross Burrard Inlet and the Fraser River would be tolled, but this excludes the three False Creek bridges in Vancouver given that drivers would likely detour to Main Street to avoid tolls.

Selective tolling has been deemed problematic as drivers are avoiding tolled crossings and opting to instead use the nearest untolled crossing. Traffic has increased significantly on the Patullo Bridge and Alex Fraser Bridge since tolls went into effect on the Port Mann Bridge.

The same patterns are expected for the new 10-lane tolled bridge that will replace the George Massey Tunnel, with the provincial government projecting that traffic on the neighbouring Alex Fraser Bridge will increase by as much as 15 per cent if it remains untolled.

And with a substantial number of drivers navigating to untolled crossings, revenue targets to cover the operational and construction costs of the newly built crossings are consistently missed.

Furthermore, recent closures on the Patullo Bridge have heightened the congestion levels experienced on the Alex Fraser Bridge even further.

Delta Mayor Louis Jackson also suggests that tolls could be used to raise much-needed revenue to support the $7.5 billion in public transit and road projects proposed by the Mayor’s Council ahead of last year’s failed regional transit plebiscite.

It is estimated that a $1.00 toll on all crossings, based on recent traffic volume data, could generate as much as $300 million in annual revenue. A small portion of the revenues would go towards covering the construction, installation, and annual operational costs of a regional tolling system while the rest will be used to build new transportation infrastructure.

“This suggested tolling method can provide the initial financial support for transportation infrastructure until a long term funding strategy can be developed,” the statement continues. “This approach would also eliminate the incentive to avoid bridge tolls, allow equitable use of infrastructure, and potentially spur sustainable transportation methods throughout the region.”

Regional leaders have been calling for regional tolls ever since residents voted against a half per cent Metro Vancouver region sales tax to support transit. Other avenues have also hit a dead end: The provincial government is opposed to a vehicle levy proposed by municipalities, and municipalities are similarly fiercely against the provincial government’s calls to increase property taxes.

In January, the Surrey Board of Trade said its business members support the tolling of all bridges in the region. And earlier this month, the municipal governments of New Westminster and Surrey signed a memorandum of understanding with TransLink to construct the new Patullo Bridge as a four-lane tolled crossing. A six-lane crossing was originally envisioned for the tolled replacement.