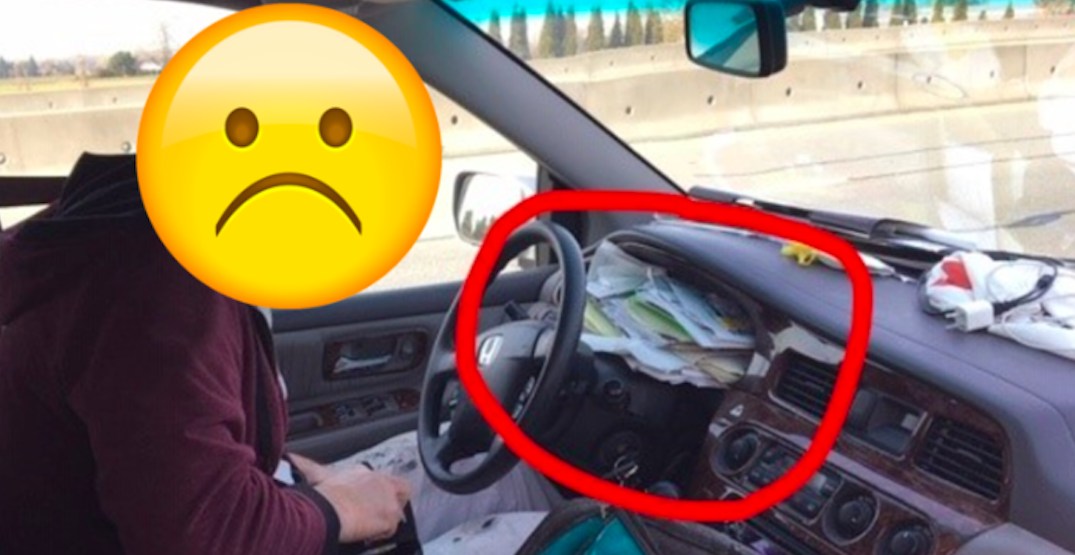 Following a traffic stop this week, Delta Police are reminding the public that just because you can’t see something, doesn’t mean it doesn’t exist. And in this case, that something was the speedometer of a car which was stopped by officers for excessive speeding.

According to police, the driver told the officer they “didn’t realize” they were speeding.

Police admitted that this was “probably true as the giant stack of papers blocked his whole dashboard.”

Still, they said, even this excuse “did not prevent him from getting a ticket.”

In the wake of this incident, police are reminding drivers to “make sure you can readily see your dash and mirrors.”

In addition, drivers should ensure the view from their vehicles “is not obstructed by anything inside or outside your vehicle.”