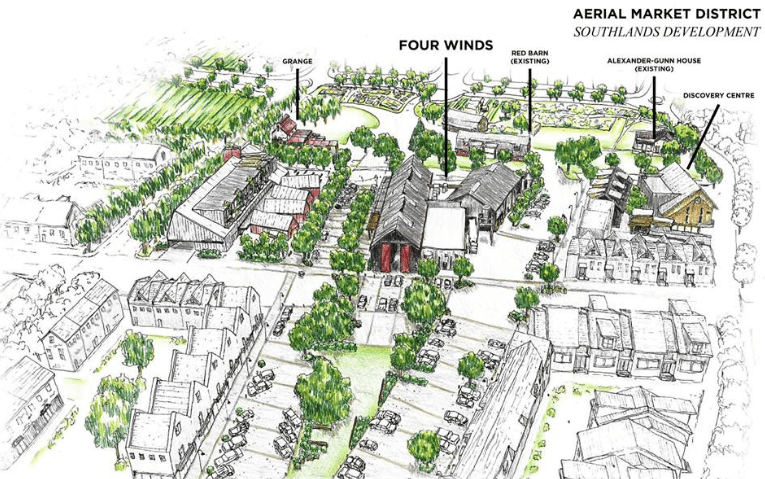 An artistic rendering of the proposal. (Four Winds / Facebook)

Daniel Patching said he was “ecstatic” when he first heard that a new craft brewery and restaurant in Delta was being proposed by Four Winds Brewing.

However, that feeling has since turned to frustration, after Delta City Council ultimately rejected the idea last week during a council meeting.

Now, Patching is behind a new petition on the matter, urging the city to reconsider its decision and allow Four Winds to go ahead with its plans for a second facility.

“I felt as though something needed to be done to show our support for the locally owned and operated business,” he told Daily Hive. “Most [people] are upset, and don’t understand why the proposal was rejected.”

According to the application, Four Winds wants to build a craft brewery and 200-seat restaurant in the Southlands development.

Born and raised in Tsawwassen, Patching moved back to the community with his wife after a stint in Vancouver, and said that the Four Winds proposal offered residents “a place that was new and exciting that could remind me of my times in the big city, while still emphasizing the importance of community.”

And community, he said, is what Four Winds is all about.

“Not only have they excelled at their trade, but they’ve dedicated countless hours and effort to give back to our community,” said Patching.

On Facebook, Four Winds said that it was “extremely” disappointed by council’s decision to reject the proposal.

“We spent four years passionately developing our dream with Century Group, taking input from members of city staff,” they write. “We believed that we had designed a facility that would have not only suited the original vision for the Southlands, it would have been a tremendous complement to the community we are proud to have grown up in.” 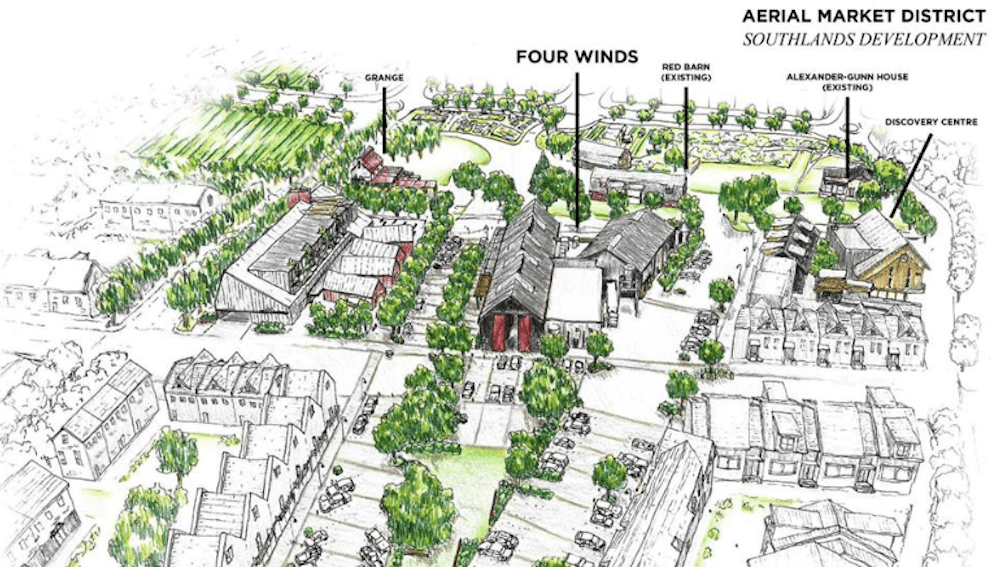 An artistic rendering of the proposal. (Four Winds / Facebook)

Noting that the main concerns seem to revolve around the size and scope of the project, Four Winds breaks down its intentions for the use of the space.

The total square footage of the building is approximately 27,000 sq-ft, roughly the size of Thrifty Foods in Tsawwassen.

However, this is not the size of the brewery, “this is everything in the plan combined.”

In his petition, Patching asks Delta city councillors “who voted to deny the proposal reconsider their position.”

It’s his belief, Patching adds that “Four Winds will help to anchor this community and provide a much-needed social gathering space.”

With the petition garnering 4,508 signatures, out of a 5,000 signature goal at the time of this writing, Patching remains optimistic on the matter.

“Hopefully the owners of Four Winds, Mayor George Harvie, and his fellow council members can come to an agreement that’s in the best interest for all,” he said.